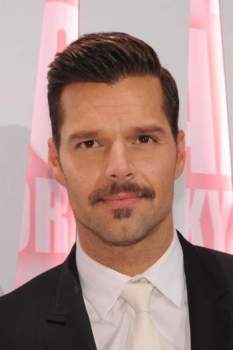 We all know what this is, right? It is the smallest recognized denomination of facial hair, a tuft (or wisp, or dot) immediately under the middle of the lower lip. If it extends down to the chin, it’s a chin stripe. If it extends beyond the chin and comes to a soft point, like a paintbrush, it’s an imperial. Some men may have dense hair all along the lower lip, but it only counts as a soul patch if it’s centered — they’re never more than an inch wide, usually less. And if you grow whiskers anywhere else (except possibly the upper lip), it’s not a soul patch any more; it’s just part of another configuration. Here’s a reasonably comprehensive chart that illustrates different categories of facial hair. Mustache and soul patch.

As for the history of this particular beardstyle, there’s a firm on-line consensus that it was originally popularized by Dizzy Gillespie in the 1950’s and caught on among beatniks like Maynard G. Krebs, who wasn’t a real person, and who wore something closer to a goatee most of the time, but never mind. Full beards came back in style in hippie times, but in the 1990’s disaffected Gen X’ers (was there any other kind?) took it up again. Not until the nineties was it called a “soul patch,” however. Gillespie seems to have called it a “jazz dab” and I’ve also seen “mouche” cited as an older term for the same thing. Neither is familiar to me, but I (a disaffected Gen X’er) came along too late. You see “flavor saver,” which is newer, on-line, though that could apply just as well to a mustache. I’ve never heard anyone actually utter that phrase, but I’ll concede that it’s a time-honored function of facial hair to preserve bits of breakfast where they can embarrass us later on. Teenage boys trying to grow facial hair are often told they have dirt on their faces; in such cases “soil patch” might be appropriate.

It is not obvious why we should use the phrase “soul patch” to denote the typewriter eraser brush under the lip. It probably has something to do with “soul” in the musical sense (Dizzy Gillespie, remember?), and it does sound better than “jazz patch.” I uncovered an oddity about the phrase in the course of researching it: while many on-line sources chronicle the history of this tonsorial arrangement, several with reference to other terms mentioned above, hardly anyone speculates on the origin of the phrase itself. My sources agree that it did not exist in print before 1990, and LexisNexis shows that it was in use by 2000 and generally appeared without a gloss. Usually on-line commentators engage freely in etymological speculation, even if they aren’t any good at it. When I did “ go commando ” a few weeks ago, just about every page Google coughed up yielded some unsubstantiated or insubstantial theory explaining how the phrase arose. But no site accessible from the first ten pages of Google’s search results offers even the most casual hypothesis for the origin of this expression.

Soul patches, like the hipsters they often adorn, frequently find themselves objects of ridicule. Even defenders admit that only a select few look good with a soul patch, while others abhor middle-aged men who wear them in hopes of passing for young and hip. I don’t like them myself, but I’ve worn a full beard most of my adult life on the theory that trimming it occasionally takes much less work than shaving every day. The soul patch may require less sculpting than the chinstrap or many other styles, but you still have to shave everything else all the time to make it work. If it doesn’t improve your appearance or save labor, why do it?