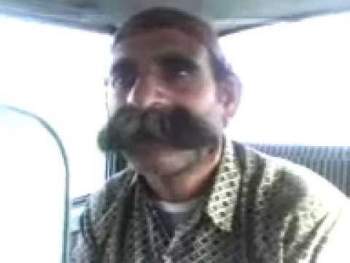 When it comes to developing a character or a personal statement, beards have a significant role to play. There is always something special about wearing a beard. In movies and TVs, beards can help elevate a character to iconic levels, which often become the most recognizable part. Fans across the world try to imitate beard styles, such is the obsession that follows. Every now and then, we come across a character with a perfect beard and try to emulate the style. Therefore, let us recall some of the most famous characters with perfect beards ever seen. Huge mustache.

Known for his bulky body and fierce characters, Jason Momoa and his personality have kept his fans always asking for more. Although the actor himself possesses a friendly personality, one finds it hard to imagine, considering the long hair and bushy beard. While it is clear that Jason did full justice to his role as Aquaman, his attire gives him the ‘do not mess with me’ look, which complements him well in any movie he features.

Many a time, he has been seen sporting a light beard around the cheeks with a heavy goatee. Jason’s portrayal of Khal Drogo was another hit, where he wore an attire reminiscent of ancient times, with markings across his chest, Jason Momoa’s beard style has everyone wishing they had the same genes.

Ewan McGregor is a Scottish actor who has proved his worth in many movies. One such movie is Star Wars. Even though every single character of Star Wars was a huge hit but Obi-Wan Kenobi had a totally different fan base. Although Obi is remembered for his character rather than the beard, it can be said that his beard indeed adds to his iconic style. Obi was supposed to be a wise wizard figure.

Therefore, with the robes and all the relevant attire, it was imperative that he carries a beard. Even prior to sporting a beard, Even McGregor was already doing a fantastic job performing as Obi-Wan Kenobi, but it was the addition of a beard that made his character look for serious, wise, mature and manly.

Who does not love Iron Man, right? Since the inception of the idea, fans had been growing crazy for Robert Downey Jr. Perhaps the reason is that Robert is known for experimenting with his looks, and surprisingly he never seems to get it wrong. Robert in Iron Man plays the character of an individual who is not only filthy rich but has a hidden talent as well.

Another amazing factor about Robert is that he is almost the same off-screen as he is onscreen. Therefore, it was evident that whatever he carried would ultimately become a part of his character. The exact same case was with his beard. Throughout the Iron Man saga, it has been made sure that the beard was given due priority by taking a different approach to the classical goatee and offering something that is unique to Tony Stark because that is something he loves.

Gandalf (Lord of the Rings)

If there were anything such as the most iconic character and beard in movies, it would perhaps be Gandalf. Gandalf, in every episode of the Lord of the rings, stole the show. You have to accept the fact that the beard carried by Gandalf is simply majestic. At least at that time, there was no character that could compete with it. Gandalf’s beard was not a liability instead of a necessity. It was fundamental to his character.

Whether it was Gandalf the Grey or White due to color changes, the world recognizes the character by the long, bushy beard. Since Gandalf was a powerful wizard in the movie, it was not possible to portray his character without a beard. In addition to that, Gandalf’s beard has further inspired countless wizards and characters present in popular cultures, such as Professor Dumbledore in the Harry Potter franchise.

Castaway won hundreds of awards. It was a movie that was impossible to pull without great acting, and Tom Hanks was the perfect option. Castaway is a movie involving a man by the name of Chuck Nowland, who gets stranded on an island after his plane crashes. Since Chuck Nowland did not have anything to shave his face, the only option for him was to grow his beard.

While the beard isn’t outstanding but the way it was carried did the entire magic. It was rough, untidy, and unorganized, but that was the plan. It highlights the number of days, nights, and eventually months, Chuck Nowland had to survive before he was rescued. The movie had not one but several iconic scenes, which included the beard. Therefore, it was necessary that it was included in the list.

Clint Eastwood (Man With No Name)

Clint Eastwood’s career as an actor and a director have blossomed throughout. One of his most iconic characters featured a beard in the movie’ Man with No Name.’ Portraying a character of an American cowboy who is typically rough and tough, Clint Eastwood’s character was no exception. The beard helped in providing him the scruffy personality and has, for sure, inspired the gruff heroes of today.

With a cigarette in his mouth and holding a gun, it was a role that only Clint Eastwood could pull off. From the early days, when he was young, Clint Eastwood had sported a light to medium rough beard, which continues to this day. One can say that it further made it easy for him to carry the cowboy persona, unlike what we see today.

Harry Potter’s impact on young individuals, especially teenagers, was so huge that there wasn’t any corner without a Harry Potter fan. Harry Potter was one thing, but Dumbledore was another. His beard was the only way through which people could recognize him. Not only was it eye-catching, but its style in the first two movies was far by the best.

It featured an unkempt look, perfectly capturing the personality of a wise old wizard. Overtime, Dumbledore’s beard became far tidier after the death of Richard Harris. Although it was a great beard without a doubt, it was not up to the level of Richard Harris’s beard.

Another iconic beard and character offered by Harry Potter were Hagrid. While Dumbledore’s beard was fantastic and helped him achieve that wise wizard figure, there was no beard more important to a character than Hagrid’s beard. Hagrid is remembered and recognized by his unkempt and shabby appearance. This is both a recognizable and central trait featured by Hagrid’s character. Even the literal meaning of Hagrid was either ‘tormented by a witch’ or hungover. Whichever it was, it settled really well with the shabby appearance.

Hugh Jackman played the role of ‘Wolverine’ in X-Men, and from the very first episode, he was an instant hit with the fans. Throughout the X-Men franchise, fans had been demanding action scenes from Wolverine, where he brings out his spikes and goes on a killing spree. Hugh’s beard was designed to be heavy from the cheeks but without a mustache.

However, later he was seen carrying a much heavier beard, particularly in the latest X-Men movie. Not only his beard, but the hairstyle itself was also quite unique, which added aggressiveness to the bloodthirsty character. It did not take long for Wolverine to settle itself amongst the most iconic roles, and the same could be said for the beard.

This concludes our list of the most famous beards in Movies and TV. It needs to be mentioned that every beard featured in the article was not a fashion statement rather a fundamental piece to define and describe a character. While the characters went on to become icons, it was all but necessary that the beards become as well.

There are no comments for this post "Famous Beards in Movies and TV Mental Itch". Be the first to comment...