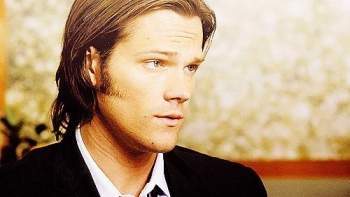 Sideburns, or facial hair extending past the ear and along the cheek, became a popular male hairstyle during the nineteenth century in Europe and America. Historian Richard Corson identified sideburns, or side-whiskers, as the fashion distinguishing the nineteenth century from other periods, noting that "the timid sproutings [of hair] of the early years had flourished and often developed into flowing, luxuriant growths, frequently unaccompanied by any beard or moustache." During the century men grew a huge variety of sideburn styles. Unlike other periods, "the question," according to Corson, "was no longer whether or not to wear whiskers but simply what kind."

At the turn of the century, European and American men, except military men, were generally clean-shaven. Side-whiskers on American men's faces were first observed during the War of 1812. By the middle of the century, these whiskers worn with a clean-shaven chin were called side-whiskers or Dundrearies, after a whiskered character named Lord Dundreary in the popular play Our American Cousin (1858). But it was during the American Civil War (1861–65), when men in combat often went weeks without shaving, that side-whiskers became most popular. The Union army general Ambrose Burnside (1824–1881), later governor of Rhode Island, was known for his prominent side-whiskers, and the style became known as burnsides. A less dramatic set of side-whiskers came to be known as sideburns, sidebar whiskers, or sideboards.

By midcentury men of many professions wore unique styles of sideburns. In some professions where beards and mustaches were not allowed, such as organized team sports, one of the few ways men were allowed to express themselves was to grow long sideburns. Future U.S. president Theodore Roosevelt (1858–1919), while an undergraduate at Harvard in the late 1870s, wore very heavy sideburns called mutton chops or lamb chops, which became popular late in the nineteenth century. Incidentally, the common American saying "to bust someone's chops," introduced in the 1880s, meant to hit someone in their sideburned face.

After 1900, sideburns fell out of fashion. However, during the 1960s they returned to fashion, made popular again by such rock stars as British band The Beatles and the singer James Brown.

There are no comments for this post "Sideburns - Fashion, Costume, and Culture: Clothing, Headwear, Body Decorations, and Footwear through the Ages". Be the first to comment...