How to have a thick moustache. 30 Photos Of Men With Sideburns 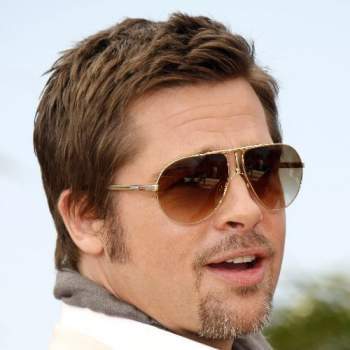 You may not think about your sideburns very often, but they are an important part of your hairstyle. Changing your sideburns can change your look and even alter the appearance of your facial structure. You donâ€™t have to have mutton chops to make a statement with your sideburns. These photos of men with sideburns show that you can balance out your features and make your hairstyle stand out with just about any type of sideburn. Sideburn styles.

According to Ask Men, sideburns are named after Ambrose Everett Burnside, a civil war general and politician. His rough sideburns extended from his ears to his handlebar moustache. People called them burnsides. The syllables were eventually transposed into sideburns, as theyâ€™re known today.

In the 1950s, celebrities like James Dean popularized the sideburn. The rockabilly duck-wing hairstyle didnâ€™t need to have long sideburns to be cool. In fact, in some photos of James Dean show him with short or mid-length sideburns. The popular hairstyle for the rebellious crowd at the time involved brushing the top towards the back and allowing the sides to flare out a little bit. The front could be kept messy or tamed into a long curl that flopped over the face. In this picture, James Dean is actually getting his famous sideburns trimmed.

Elvis made the sharply groomed, wedge-shaped sideburn popular. It came down flush with the earlobe and extended straight toward the nose. This style of sideburn was shaved tightly on the face side, creating a pointed corner. Although this variation of the mutton chop is not a popular trend today, it can add an authentic look to a vintage hairstyle.

On the other side of the spectrum from the long, pronounced sideburns are ice pick sideburns. These go well with a fade or a haircut that has sharp edges. The sideburn is buzzed short, and the edges are extremely clean. These sideburns end in a defined point. The ice pick sideburn is extremely narrow and may extend past the ear lobe. If you have longer hair, donâ€™t even bother with this style. You wonâ€™t be able to see the definition if your hair is more than about 1/8-inch long. You will need impeccable shaving skills to maintain this sideburn shape at home.

The Olympic cyclist became famous for his athletic skills. However, he may not be as recognizable without his sideburns. In fact, his fans sometimes sport fake sideburns to show their solidarity with the athlete. Wigginsâ€™ thick, wavy hair is cut to a short/medium length and has lots of texture. Check out more athletesâ€™ hairstyles from the Rio Olympics.

At first glance, these sideburns look like a short beard. Then, you notice that the beard doesnâ€™t connect at the chin. The classic mutton chops get an update on this professional baseball player. Mutton chops look more groomed with short hair. Itâ€™s a vintage style that still looks great in a completely different decade.

The chin strap gets even more definition when itâ€™s perfectly edged. A straight sideburn is defined by shaving the area between the ear and the hair. It tapers into a chin strap beard, with additional shaving at the chin. You can rock this style with or without a mustache.

If you have short hair or a buzz cut, you can connect your ice pick sideburn with your beard. Instead of tapering your sideburns into a point, have them extend along the edge of your jawline. Keep the beard short and only about Â¼-inch wide. A short, groomed goatee with mustache completes the look. This style of sideburns is great for men who want to accentuate their jawline. If you donâ€™t have a wide, defined face, you can fake it with a chiseled ice pick beard. Designer beards are actually becoming more popular these days.

Sometimes, your sideburns are completely separately defined from your facial hair or your hairstyle. The fade on this short, thick hair extends into curved ice pick sideburns that end around the middle of the ear. A second shape mimics that of the sideburn, extending to the jawline. It directs the gaze toward a meticulously groomed, but less severe, goatee.

You can even have sideburns if you have no hair on your head. They can become part of your facial hair. For a stark contrast, keep the head closely shaved. Start the sideburns about Â½-inch from the top of the ear. Maintaining the beard with a groomed edge at the cheek and neckline can make this style look striking and professional. Hereâ€™s how to choose the perfect hairstyle and beard combination.

If your sideburns are a focal point for your hairstyle, donâ€™t cover them up with thick sunglasses. Aviator-style glasses with a narrow, metallic frame can help keep your eyes protected from the sun without competing with your hair for attention.

Your sideburns donâ€™t have to match your hairstyle exactly. If Benedict Cumberbatchâ€™s sideburns were left as long as his hair, theyâ€™d be ridiculous mutton chops. He has worn his curly locks at a medium length, with somewhat closely cropped sideburns that extend past the earlobe. The sideburns add balance to the sides of his thin face. Otherwise, the mop on top would appear to be too heavy for his narrow jawline.

When you have thick hair on your head and a dark beard, framing your face with dark sideburns can look too severe. A quick fade can begin just above the ear and extend down the sideburn to the lobe. This is sort of like a sideburn in negative.

If youâ€™re getting tired of your thick hair and beard, give it a shave right up the center of your chin. This look is a little unkempt and can make you look like a wild man. Itâ€™s the perfect solution for a man whose girlfriend doesnâ€™t like kissing all that hair.

If you like the look of a longer, rugged beard but have a clean-cut hairstyle, merge the two with a narrow sideburn. Taper the line of the beard at the cheekbones at a steep diagonal, bringing the beard to about mid-ear level. Shave the sideburns there to about 1/8-inch wide, gradually allowing them to widen again when you reach the beginning of the top curve of the ear.

Kevin Jonas used to wear his sideburns long and somewhat scraggly. They went well with his thick head of hair that was often brushed upwards. Sideburns seem to secure longer, curly hair by drawing some of your attention down to the face. Although his style has changed as he has gotten older, we think this signature look made him stand out from his brothers.

Even if you donâ€™t have a solid beard, you can let your sideburns grow a little long. When you shave, you can decide how short to go with your sideburns. Keep them even with your earlobe for a balanced transition into your 5 oâ€™clock shadow.

The Olympic speed skater balances out his longer locks with sideburns. They often show underneath the bandannas that Ohno wears as a headband. Although the sideburns extend beyond the earlobe, the hair is kept short. This keeps them from taking over Ohnoâ€™s face. This is one modern way men are pulling off longer hairstyles.

You can trade in the hairy sideburns for a tattoo. This looks good on men who have an undercut, fade or shaved head. If you want to keep your sideburns, you can have a long, narrow tattoo drawn in between the ear and the sideburn. You might have to keep the area shaved to keep the tattoo visible.

What do you call it when you allow your sideburns to grow down to your jawline and connect them to your mustache? Weâ€™re not sure either. You have to angle the mustache sharply down to connect to sideburns like these.

When you really just want to let it all hang out, donâ€™t stop at the sideburns. Grow them long and wispy, and youâ€™ll show that you mean business.

Slicked-back hair might require some sideburns if you want a retro look. You can absolutely go the no-sideburns route. However, long, crisp sideburns add to the style.

Steampunk sideburns tease the face with the promise of a beard that never happens. They are similar to mutton chops and look great with a curled handlebar mustache.

If you have thin hair with a fade, crew cut or buzz cut, you can clip your sideburns super close to the head. You donâ€™t have to shave them off completely, though. Sometimes that can make you look balder than you want to appear. Keeping a shadow of a sideburn creates added dimension.

For a traditional menâ€™s hairstyle, keep your sideburns cut slightly longer than the middle of your ear. This wonâ€™t make you look too tidy, so it works if you wear your hair tousled or prefer the messy look. However, itâ€™s still professional for those days when you canâ€™t look like you just rolled out of bed.

Significant wavy texture in the hair begs for some sideburns. You canâ€™t just chop the hairstyle off at the top of your ear. If your hair is luscious and thick, keep your sideburns at least as long as the middle of your ear. The length of the hair depends on the coarseness. You donâ€™t necessarily want to look like you have fuzzy mutton chops. However, if your hair is tightly curled, you might be able to get away with a slightly longer clip.

Robert Pattinson often wears his hair messy and spiky at the top. It tapers down into a shorter style on the sides and back. Of course, he also grows his sideburns down to about 1/2-inch from the bottom of the lobe. He keeps the hair on the burns closely cropped, however.

Although Warren Beatty has certainly sported some longer sideburns in his time, we like this mid-cropped style. The front is brushed up, the sides are short and tapered and the sideburns are the perfect length for a classic style that outlasts the decades.

Liam Gallagher, once the lead singer of Oasis, has done well with his sideburns over the years. Most often, he has worn them as an extension of his hair length. His medium-length shag is kept long, with blunt edges. Instead of tapering the style down as it nears the ears, the hair around the face stays long, creating a look that works for him. Thereâ€™s enough texture that the style never resembles a helmet, which is something to look out for if you try out this look.

You might say that Elijah Wood became a man once he grew his sideburns long. While we know thatâ€™s not true, longer sideburns can give you an aura of maturity.

According to MensXP, there are certain sideburn types that are better for certain face shapes. Men with sideburns might want to stay away from bushy burns if they have a round face. If your face is extremely long, shorter sideburns can make it look less pointy. If you do go for longer sideburns, however, leaving the hair longer will give your face more width. When it comes down to it, you should go for the sideburn style that makes you feel confident. If you feel like you look your best, you will.

There are no comments for this post "30 Photos Of Men With Sideburns". Be the first to comment...