Mustache 2016. ALAN WALTER: Some ‘new normals’ from the past, Regional-Perspectives, Opinion, The Chronicle Herald 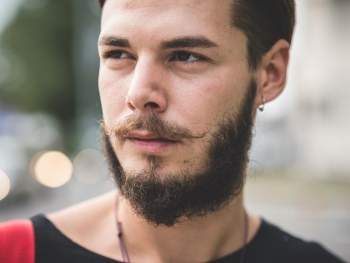 ['Did You Know That with Alan Walter'] What kind of mustache are you.

Much is being written about the new normal, involving physical distancing and avoidance of large crowds that is changing our lives.

The world went through similar transformations while coming to grips with tuberculosis, known as “consumption,” in the early 1900s, which by then had killed one in seven people that had lived. Scientists had discovered it was not heredity that had spread the disease, but highly contagious bacteria; and steps taken to eradicate the bacteria back then also had a profound impact on peoples lives and community norms.

For example, once it was discovered these bacteria were present in human saliva, it was only then that spitting in public became totally unacceptable social behaviour. Newspapers warned against "the filthy habit" of spitting in public. Communities banned spitting in shops, theaters, taverns, and required that spittoons be placed at the entrances to public gathering places such as town halls.

While women had for centuries worn long dresses and skirts that reached the ground, such garments came to be seen as major carriers of germs picked up from floors and sidewalks. When it was found that tuberculosis bacteria in human saliva could survive for days, women abandoned their long dresses and skirts in favour of shorter hemlines; and the sight of a bare female ankle could for not much longer set a male’s heart racing.

Also, for centuries, men had sported stylish beards and mustaches; but wearing a smooth face became “de rigueur” once public health officials observed men’s facial hair could provide a perfect home for infectious tuberculosis bacteria. It wasn’t long before the “clean-shaven” look became a symbol of the socially aware male.

And spotting a new product opportunity, salesman and inventor “King Camp” Gillette came up with the idea of a safety razor that used disposable blades. When the Gillette razor hit the market in 1903, it didn't take long for blade sales to reach into the millions. Lately, however, the bearded look seems to be back in favour with many males as a popular style trend.

Public health reformers also argued the health of a nation should rely more on recreation in the outdoors. To encourage more active lifestyles, and help to stave off disease, towns and cities worked to beautify open spaces with trees and other greenery, and to create more public recreation areas. The Public Gardens and Point Pleasant Park in Halifax were early examples of that welcome trend.

In an effort to prevent the spread of tuberculosis through good hygiene practices, public health officials also encouraged parents of school-aged children to have them wash their hands before every meal, brush their teeth twice a day, and sleep 10 or more hours with their bedroom windows open.

It was also believed sunshine and fresh air played a curative role in sanatoriums established for patients convalescing from tuberculosis and influenza. Physicians found that severely ill patients that were nursed outdoors in the daytime recovered better than those treated solely indoors. This combination of fresh air and sunlight was also believed to have prevented infections among medical staff.

While there may have been healthier outcomes with such treatments, it turned out to be a bit of a stretch that outdoor air was a natural disinfectant able to kill the flu virus and other harmful germs, and the ultraviolet light in sunlight was also a powerful germicidal; not according to President Donald Trump, however, if his latest pronouncements are to be believed.

Alan Walter is a retired professional engineer living in Oxford. He was born in Wales and worked in Halifax. He spends much of his time in Oxford, where he operates a small farm. He can be reached at alanwalter@eastlink.ca.

There are no comments for this post "ALAN WALTER: Some ‘new normals’ from the past, Regional-Perspectives, Opinion, The Chronicle Herald". Be the first to comment...