Best handlebar moustache. This is what a real mustache looks like. Beard and Mustache Competition and World Championships 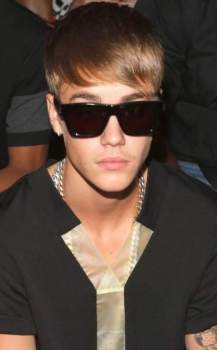 The Biggest and Best Image Beard and Mustache Competition! Facial hair-growing competitions are a real thing, and none is bigger than the granddaddy of them all: The World Beard and Moustache Championships. There probably hasn’t been a greater public display of manliness since the ancient Olympic games were played in the nude, and this historical contest just keeps getting bigger every year. The imperial mustache. This is what a real mustache looks like.

When Bearding Became a Sport

The history of organized beard and moustache growing competitions is sketchy, with a number of different organizations and countries claiming to have held the first one. However, the first noteworthy event was held on in 1990 by a beard club in Höfen/Enz, Germany. The same club played host in 1995 to the second World Beard and Moustache Championships, held in another nearby German city. By this time, the word had spread and the event began to gain momentum. Other European beard clubs joined in with the fraternal fun and soon the competition began rotating to different cities and countries every two years.

The first time the international competition landed on American soil was in the year 2003 and it was Carson City, Nevada that played host to the event. The vast majority of the competitors were European, but that event was pivotal to helping ignite the contemporary beard movement in the USA. By the time the competition made its way back to the USA in 2009, the American presence was much greater. In fact, it was the first World Beard and Moustache Championships event where the tables were turned on the Germans and American facial hair dominated the winner’s circle. Team USA competitors managed to win twelve titles out of a total of 18 categories, as well as overall champion. This historic event, perhaps more than any other, helped to solidify bearding in the minds of the American people as a true sport. It also ignited the contemporary beard movement.

Today, the World Beard and Moustache Association is the official governing body of the event. It oversees the beard and mustache competition, sets the rules, votes on adding new categories, and works alongside local beard clubs when it comes to organizing the actual event.

What the Beard and Mustache Competition is All About

The World Beard and Moustaches Championships are held every two years (always in odd-numbered years, with an extra competition held in 2014). As of 2016, the competition has been held in six different countries: Germany (90/95/01/05/13), Norway (97/11), USA (03/09/14), Switzerland (99), Austria (14) and England (07). The event is usually organized, hosted and produced by a local beard club in that country. A portion of the proceeds from each event are donated to local charities.

The event features three categories of competition: moustache, partial beard and full beard. Each category is divided into sub-categories of specific styles:

Each subcategory has very specific criteria that must be adhered to in order to qualify to compete. Judges have rulers on hand at the event to ensure that all moustaches and beards meet the length and placement requirements for each category. Every participant must conform to the specifications for his particular style category and subcategory.

The exception to this is the freestyle subcategory for each main category, although even those have some rules. For instance, in the Freestyle Moustache category, all hair growing from more than 1.5 cm past the corner of the mouth must be shaved.

Beyond those minor requirements, the Freestyle subcategories are participant favorites and usually the most fun to watch as a spectator. Contestants have free rein to style their facial hair as they please, and previous competitions have featured some of the most elaborate and seemingly impossible styles imaginable, like the one sported by 2009 Freestyle Full Beard category winner and overall champion David Traver of the USA. He styled his beard into the shape of a snowshoe in honor of his Alaskan heritage, and the fact that the contest that year was held in Anchorage.

Although it is not a requirement, many competitors choose to wear a costume of some type when competing, usually related to the type of facial hair they are sporting. Just picture a Sherlock Holmes doppelganger in the Imperial Moustache category, or a man with a Garibaldi beard sporting lederhosen.

The competition is open to any male aged 21 or older. (Contestants are not required to hold membership in a beard club.) Applications to participate are usually opened up to the public in the months leading up to the next scheduled competition. Potential contestestants can apply by visiting http://www.worldbeardchampionships.com/#compete.

Contestants are responsible for paying for and making their own travel arrangements to and from the competition. However, many beard clubs raise money throughout the year to help send a representative from their club to the event. The next World Beard and Moustache Championships is scheduled to take place in September of 2017 in Austin, Texas, USA.

How to Prepare for the World Beard and Mustache Competition

Former champions, beard enthusiasts, groomers and stylists offer a variety of insightful tips into how best to prepare for the World beard and mustache competition:

Start growing well in advance of the competition. As soon as you know that you compete, or even if you are just thinking about competing, stop shaving.

Err on the side of overgrowth, at least in the beginning. By all means, get regular trims and shaves (this helps to keep your hair healthy), but aim to grow more hair than what you will actually need to have on the day of the competition, or that you’ll need to create your chosen competition style, if you plan to wear the look for awhile before competing. It’s much easier to cut down to size and shape than to try to style a moustache or beard that isn’t quite full or long enough.

Eat right. You need to nurture your hair from the inside, out, too. Strive for a balanced diet and concentrate on lean, healthy protein sources as well as foods high in omegas 3 and 6.

Get styling advice and even lessons, if necessary, from a professional stylist.

Unless you can afford to fly your personal stylist to the beard and mustache competition with you, you’re going to have to learn how to style your facial hair yourself. Visit a professional for advice on tools, products and techniques to get that winning look. (Note: Beard groomers and barbers are not necessarily trained stylists. You might want to visit a fully-licensed hair stylist.)

There are no comments for this post "Beard and Mustache Competition and World Championships". Be the first to comment...

There are no comments for this post "This is what a real mustache looks like. Beard and Mustache Competition and World Championships". Be the first to comment...