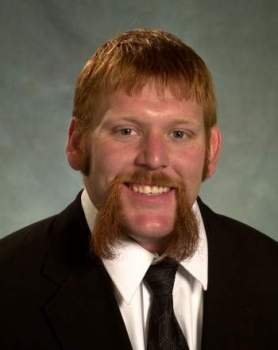 What happened when a tiny knick-knack company found its products exposed to millions in the the Canadian star's "Call Me Maybe" lip-sync video Stache man.

This past February, Justin Bieber made Carly Rae Jepsen famous. In a YouTube video posted by Carlos Pena of the Nickelodeon boy-band Big Time Rush, Bieber, Selena Gomez, and a host of other teen idols lip synched along to the love-struck bubblegum pop of Jepsen's "Call Me Maybe." Overnight, the video racked up five million views. Within months, the song would be topping charts worldwide.

Jordan Szymanowski, a 29-year-old living in Los Angeles, was among those first few million viewers. Flipping open his laptop the morning of Feb. 19, he quickly came across the clip: "You couldn't touch Google that day without that video showing up," he remembers. Watching the gang bop around, Szymanowski readily recognized Bieber and Gomez. But he also noticed something else: his own product.

Perched above Gomez's lip, chained to her sunglasses, hung a jet-black intrusion to her Barbie-doll features. It was a mustache. A Sun-Stache, to be precise, a model Szymanowski knew as "The Classic," which features a hooked bit of plastic tethered to the bottom of a pair of wayfarers. About a year earlier, working as a designer for Worldwide Dynasty, Inc., an L.A. based manufacturer, he had invented "The Classic," the original Sun-Stache. There were other models, too, on other celebrities in the video.

Szymanowski opened up a new tab on his browser and emailed his boss the link. The subject line: "Shit just got real."

At the Chatsworth, California offices of WorldWide Dynasty, David Levich saw the email. The video was going viral, piling on tens of thousands of views every hour. "No way," he typed back.

"I thought, 'We need to find a way to monetize this,'" Levich recalls. "We're not specialists in marketing, or brand management. We're basically manufacturers. We were in uncharted territory, but if we did it right it could open up a lot of doors for us."

The pair, as stewards of the Sun-Stache brand, had fallen into one of those happy accidents of networking that occur along the backroads of the Internet. Without paying a dime—without even setting aside an advertising budget—WorldWide Dynasty had gotten their product in front of more eyeballs than placement in any TV show could. Eight months after the video appeared, it's notched more than 50 million views and 410,000 likes. And it checked all the right boxes. Bieber and friends were young and hip. They were having a good time, giving credibility to the Sun-Stache gag while demonstrating its use. It did everything short of displaying the Sun-Stache name across the screen.

For the guys at WorldWide Dynasty, that was the problem.

"They showcased our product without really meaning to," Szymanowski says. "No one had any way to connect the dots back to Sun-Staches—no one even knew that's what they were called. I couldn't just respond to every [YouTube] comment and say, 'Oh, they're called Sun-Staches, here's where to find them.' When Justin Bieber's in your sunglasses, it's a whole different game."

Levich has seen success before. His first break came at a company he and his friends started when he was 18 in 2000, selling hip-hop trinkets like chains, watches, and bedazzled pimp chalices through eBay. The revenue was enough that he could quit college in 2003 and launch a retail site, IcedOutGear.com, and a wholesale business, Hip Hop Wholesalers, selling to chain retailers. By 2006, when Levich was 25, the company was pulling in just shy of $5 million in annual revenue under the corporate banner of WorldWide Dynasty, according to Inc. Magazine. That year, Levich and his two partners took spots 16 through 18 on Inc.'s "30 Under 30" list, an honor handed out to America's most promising young entrepreneurs. His personal wealth was estimated at $10 million. Today, Levich estimates WorldWide Dynasty takes in around $10 million in revenue each year, largely in sales to big retailers like Urban Outfitters, Spencer's Gifts, and Claire's.

The idea for Sun-Staches developed as a pitch for Spirit Halloween stores, a subsidiary of Spencer's Gifts with more than 900 seasonal shops. The myth of its genesis varies by teller. Levich, whose titles include director of product development, speaks of a brainstorming session. He talks about following trends and ending up with mustached sunglasses.

Szymanowski calls it an epiphany:

"I came home from the grocery store, and I needed to come up with something for the meeting," he remembers. "And I said, 'You know what hipsters love? Mustaches... and Ray Bans.' So why not slap those together?"

Levich sold Spirit on the idea. Then he moved on to other retailers. By the fall, Sun-Staches were in thousands of stores.

But how did Bieber & co. find the Sun-Staches? WorldWide Dynasty employs fewer than 20 people and doesn't have a marketing department. According to Levich, beyond the cost of production, the company hasn't paid for anything to build the Sun-Stache brand besides fees associated with filing patent applications and sending online press releases. Yet, even before "the Bieber video," as they call it, Levich and Szymanowski had begun to devise ways to develop their new brand on the cheap.

They set up a Facebook page, had giveaways, and sent 'staches to Hollywood-types who seemed interested. It started slowly. But then a girl who received a free pair passed them off to Carlos Pena, and things started moving faster. (After the girl took credit, the company sent her a few more pairs.)

With more exposure to manage, Szymanowski saw his job mutate. Initially, he just compiled photos on the website. As things accelerated, he started spending more and more time on Facebook concocting promotions, and managing the brand's Twitter feed under his new persona, "Stache Man." He started pushing the hashtag "#MustacheSwag." And, recently, he's tried to popularize a new mustachioed emoticon—:3.

"It's become a lot of work," Szymanowski says. "I'm a designer, first and foremost. But, to see my random idea morph into something unto itself—that's fun, too."

Sun-Staches are now showing up in unexpected places, and Szymanowski pounces on each photo op. In March, Aubrey Plaza of NBC's Parks and Recreation threw on a pair to walk the red carpet at the premiere of Will Ferrell's Casa De Mi Padre. Photos were picked up by celebrity blogs and teen-centric websites across the Internet. Worldwide Dynasty sent her more pairs.

"I don't know what traditional marketing is, really," says Levich. "If that means hiring a firm, and all that, I don't think we need it. These are not traditional products. So far, this guerrilla strategy has worked really well."

Of course, most Sun-Stache-wearing Beliebers still haven't heard of the Levich's company. But that's probably okay, says Hema Yoganarasimhan, a professor of marketing a the UC Davis Graduate School of Management: WorldWide Dynasty, intentionally or not, is undergoing what he calls a "cloaked" campaign. The result feels more organic and less engineered than a mainstream ad campaign. But in seeking to disappear, the company risks losing control over the information that starts to swirl around their product, and finding themselves stuck with a product that means something entirely different than what they had in mind.

"In terms of strategy it depends on what your goal is," Yoganarasimhan says. "If you are Gap and if you want 'everyone' to buy your product, a mainstream advertising strategy is necessary. If not, a social media-based 'cloaking' strategy would work great."

So far, the behind-the-scenes, freewheeling approach has worked for WorldWide Dynasty. While he wouldn't part with numbers, Levich says stores have seen a "big jump" in Sun-Stache sales, and that orders keep coming in ahead of schedule.

At an Urban Outfitters on New York's Upper West Side, a few pairs of Sun-Staches hang on raw wooden shelves above the store's unfinished concrete floor. The wall is sprinkled throughout with mustaches. There are mustache erasers ($3 for a pack of two) and "Stache Straws" ($12 for six). There are "Fingerstache Temporary Tattoos," which, when applied to the inside of the right index finger, can give the wearer the appearance of a facial hair whenever they choose simply by extending said finger above the upper lip. ("Add flair anywhere!" $5 for the set.) There are costume mustaches, too. One package contains a single, bendable option ($5), while two other options hold distinct sets of six different styles (these "Notable Mustache" products come in both "Classic" and "Character" collections, for $8). Other mustaches abound.

"We have tons of 'stache stuff over here," says one salesman working the floor, a man in his mid-20s. He's dressed in red flannel and has a six-inch thatch of frayed, red beard that mocks the slick side part he combs atop his head. He points to the Sun-Staches. "We sell a ton of these, mostly to teenagers, but some older people too," he says. "I'd also say they're one of the most stolen items in the store. I find the packaging ripped up and stuff in all sorts of places around here. Mustaches are a hip theme right now."

Another sales rep comes up, this one a younger guy, shaved clean and buttoned up.

"It drives me fuckin' crazy," he says in response. "I don't know where people get it in their head to buy this shit."

We want to hear what you think about this article. Submit a letter to the editor or write to letters@theatlantic.com.

There are no comments for this post "Stache Me Maybe: Justin Bieber and the Fake-Mustache Industrial Complex - The Atlantic". Be the first to comment...