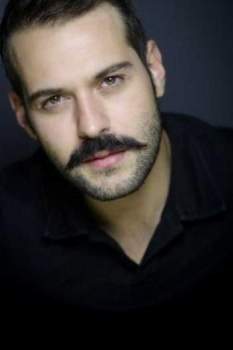 The recently issued order shuttering all nonessential businesses through at least April 19 in an effort to combat the spread of the novel coronavirus, has left many people out of work, many others working from home and many questions such as, “Should I get this cough checked out?”, “What businesses are open?” and “Should I grow a beard?” Indian beard and mustache styles.

The last of those might, at first blush, seem silly in the context of a global pandemic, but it’s one that’s probably crossed many a man’s mind after realizing that next month (at the very least) will be an opportunity to depart from the grooming rituals of normal daily life. (Who doesn't remember the "strike beard" phenomenon that grew out of the Writers Guild of America strike from November 2007 to February 2008?)

And there are some serious things guys need to know before deciding to cancel their daily date with a slice of sharpened steel. Most important: How does having a beard affect the transmission of the coronavirus? And, related to that: Is there one style of facial hair (a diminutive soul patch for example, or chevron-shaped mustache) that's preferable over another (such as mutton-chop sideburns or an Alaskan whaler beard) in 2020?

For a brief moment last month, it appeared that the Centers for Disease Control and Prevention had actually answered some of these questions for those in pursuit of the hirsute — and provided a hilariously detailed visual chart of "safe" facial-hair styles to boot. Unfortunately, that infographic, which was issued in 2017, had nothing to do with the current coronavirus epidemic and was intended as a guide for workers required to wear respirators at work.

Dr. John Swartzberg, clinical professor emeritus at UC Berkeley's School of Public Health who studies infectious diseases, said he doesn't know of any scientific study that addresses facial hair and the transmission of the coronavirus. “The only thing that comes to mind is the fitting of the N95 mask — or any mask for that matter,” he said.

“When you have to breathe through a mask you have to use more force when you inspire, and [that increased] inspiratory force sucks more air [in] around the cheeks,” Swartzberg said. “So if you have a lot of facial hair, it’s going to make it even worse.” In other words: If you hope to use a mask to prevent the transmission of the virus, facial hair that prevents a tight seal around the nose and mouth (see the examples in the aforementioned CDC infographic) is a bad idea right out of the gate.

In the absence of a scientific study focusing specifically on facial hair, Swartzberg took healthcare workers’ standard protocol of showering — and washing their hair — to avoid contamination as a logical starting point. "With long hair you can see where it’s possible that droplets [of the virus] could get in someone's hair," he said. "And I guess — and I’m really reaching here — if you touched your hair and you’ve got those droplets on your hair and then put your hand to your mouth or your nose or your eyes, you could inoculate yourself. So, if somebody coughed on you and then got [the virus] on your hair, and you then rubbed your hair or put it to your mouth or nose or eyes, theoretically you could transfer it that way.

How to cut your mustache

"With a beard I guess it would be the same thing," he said. "If somebody coughed on you and there were some viral particles in your beard and you rubbed your beard and then touched your mouth or eyes, I guess you could inoculate yourself.” (During the phone interview, Swartzberg paused before again emphasizing that there has been no explicit study of the issue. “I know of no science to support what I’ve just said,” he added.)

There are no comments for this post "Thinking about growing a coronavirus hiatus beard? Read this first". Be the first to comment...