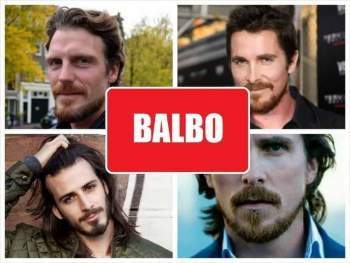 Even as one of Hollywood's biggest stars, Johnny Depp has to share the screen in the new movie, Mortdecai, out Friday. Mustache styles 2015.

In this case, the scene-stealer is his character's fantastically curled costume mustache.

The two-toned hair creation is the star of the film's trailers and commercials. It has billboards devoted to it. Depp, who plays cash-strapped, art-dealing aristocrat Charlie Mortdecai; the 'stache becomes a hairy source of contention in the comedy.

"The mustache plays a huge part in the film, it's almost a separate character," says Depp's longtime make-up artist Joel Harlow, who was the movie's mustache wrangler. "Onscreen it's a great source of pride to Mortdecai, and angst with his wife (Gwyneth Paltrow). And Johnny works it in the movie. He knows what a mustache can do and how to use it."

The mustache was a key point for author Kyril Bonfiglioli's character Mortdecai. The film is inspired by his posthumously published novel, The Great Mortdecai Mustache Mystery. Harlow recalls visiting Depp in August 2014; he says the star drew his vision of the creation on a napkin.

Harlow then created 30 mustache styles using real hair — with every variety of length, color and curl — and sat down with Depp to choose the final product.

"You don't want it to be overpowering on the face," says Harlow. "For Mortdecai, he wanted it simple and elegant."

Harlow then created more than 20 versions of the final mustache for filming and also to be used by stunt doubles. Each creation would last through about three days of shooting before it needed to be replaced.

"I'd groom it the night before and fix the curl. And basically we'd apply it in the morning," says Harlow. "We'd complete the look by painting a split in Johnny's teeth and then it was off to the races."

Depp has gone back to his own mustache now that the movie is finished. He's growing it in for another famous hair role, Captain Jack Sparrow in Pirates of the Caribbean: Dead Men Tell No Tales, due out in 2017.

"Captain Jack needs his mustache," says Harlow. "And it's coming in nicely."

There are no comments for this post "Johnny Depp s Mortdecai co-star: His mustache". Be the first to comment...