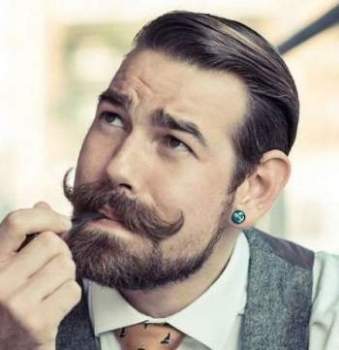 Facial hair has become one of the most common trends in today's times. Facial hair in men has been associated with masculinity for a really long time. To a woman, facial hair can be one of the factors that help them in creating an impression of the man in front of them. Just like hairstyles, there are numerous kinds of beard styles and it is not wrong to say that it does make a man look tougher and quirky. However, most people want to know whether women actually like bearded men or not? Types of shaving styles.

In this article, we will try to answer the question whether or not women like beards and which are the types of beards that look most attractive on men.

This is one of the most common questions that men ask and to find the answer to it, a survey was done on over 300 women. This survey also determined what kind of beards women like the most. The women that were a part of the survey were divided into age categories where the age groups were 18-24, 25-34 and lastly 35-44. They were asked to rank each of the seven beard styles and the results were as follows:

Short stubble was the highest ranked beard style that women loved. This beard style got the average rank of 2.6 where 80% of women ranked it in the first three places whereas 24% said that it was the number 1 most attractive facial hair style for men.

Clean shaven has the rank 2.7 and 72% of women said that this has to be included in the top 3 beard styles. The rest of the 38% said that it was the most attractive beard style. So, the answer to the question do women like beards. is yes they do and they prefer short stubble and then cleanly shaven.

Mustache is voted as one of the least attractive facial hair styles on men according to women. So, do girls like beards? Well, it turns out, not all kinds. They like certain kinds of beards more than the others.

How to grow a good moustache

Goatee came at the 5th place amongst the 7 beard styles. This means that women do like a goatee but it depends on who has the style. The style might suit some men and look horrible on others.

Full beard was ranked 4th place. Full beard can give an impression of being untidy and maybe this is the reason that most women do not prefer it. If the beard is maintained well, it is liked by 33% women which is a passable number.

Circle beard was only liked by 16% of women which means that it ranks the last, along with the mustache. So, again we will conclude that facial hair does not matter, what matters is whether or not it suits the person.

Long Stubble came in the third place with an average ranking of 3.6%. It is again one of the most attractive beard styles according to women and was voted high by 53% women as the topmost beard style they like to see on men.

So we have derived that women do like beards. Now the question that is left is why do women like beards? The reasons for this are given below:

The beard automatically emphasizes on the jawline of the man and makes it look bigger. This is the reason that the man looks more masculine and hence is loved by women. It has also been proven in research that 85% of the men with beards look manlier than the clean shaved ones.

Growing a beard is a commitment in itself and maintaining it is also a task that most men run from. If a man has a well-maintained beard, it gives off an impression that he is committed and can take care of things that need patience and care.

Ever since ancient times, warriors have been seen growing beards because facial hair was associated with courage and masculinity. Hence having a beard gives an impression that the man is courageous and women always love courageous men.

Growing and carrying a beard is no joke. It requires a lot of self-confidence and hence a person with a beard is pretty confident with himself. This confidence radiates and can be seen by women. It is a well-known fact that women are attracted to men with confidence.

Since beards give an impression that the man is more masculine, mature and courageous, he gets more respect from the people around him. Beards also make the man look much more intimidating to other men and hence he comes off as much more respected.

A beard can give you a look of a sophisticated and wise man. It has been found in various surveys that women tend to add 5-10 years to the age of men with beards. Most women prefer men who are experienced and mature, so a beard can work in your favor.

All other reasons aside, beards are the trend right now. A lot of celebrities have been seen carrying a full beard or stubble every now and then and hence it has become a major trend around the world. So, if you have a beard, you will naturally come off as fashionably forward which is liked by most women.

Women naturally become much more attracted to the bearded guys when they are ovulating. This means that women's bodies are attracted to men who have facial hair and this is the reason that they would prefer to date such a man.

There are a lot of women out there who like men with beards. However, there might be some exceptions. We have learned about the reasons why a beard is attractive to women and also what are the most attractive types of beard styles. So, if you want to impress a woman, growing a beard can be a good option. Select the style that suits you and start growing your beard. However, remember beard or no beard a woman is attracted to the good personality of the person and all the above traits in them.

There are no comments for this post "Does Growing a Beard Make a Man More Attractive? -". Be the first to comment...