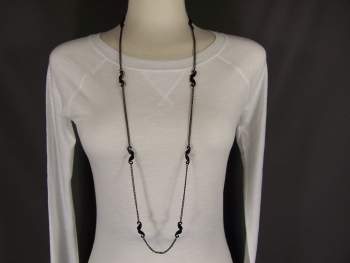 During the recent holidays, worldwide attention focused on a possibly fictional individual famous for both copious facial hair and an important leadership position. Perhaps the seasonal prominence of Santa Claus’s facial follicles was what inspired physicians Mackenzie Wehner and Kevin Nead of the Hospital of the University of Pennsylvania in Philadelphia and co-authors to publish a 16 December article in TheBMJ examining the relationship between a hirsute visage and leadership in academic medicine. Plenty of moustaches but not enough women: cross sectional study of medical leaders finds that “[m]oustachioed individuals significantly outnumber women as leaders of medical departments in the US.” Mustache covering upper lip. Skinny moustache.

“We want to increase the representation of women in academic medical leadership by drawing attention to sex disparities,” the authors write. “We chose to study moustaches as the comparator because they are rare (<15% of men from the most recent measures available), and we wanted to learn if women were even rarer.” The authors examined website photos of the departmental leadership at the top 50 medical schools in the United States and developed the “moustache index,” which compares the number of female department leaders to mustachioed department leaders. An index below one indicates that there are fewer women than individuals with mustaches, and the authors found that “[t]he overall moustache index of all academic medical departments studied was 0.72.”

We want to increase the representation of women in academic medical leadership by drawing attention to sex disparities.... We chose to study moustaches as the comparator because they are rare..., and we wanted to learn if women were even rarer.

On a more positive note, “[s]ix out of 20 specialties had moustache indices >1.” These disciplines are—in order of increasing index—pediatrics, dermatology, physical medicine and rehabilitation, obstetrics and gynecology, plastic surgery, and general surgery. The high mustache indices in plastic and general surgery were, however, “driven by the absence of moustaches rather than the number of women,” the authors write.

The institutions with the highest mustache indices were Emory University; Dartmouth College; and the University of California, San Francisco, each scoring 4.0, for four women leaders versus a single mustachioed leader. The University of Utah and Weill Medical College of Cornell University had the lowest indices, with no women leaders but four and two mustaches, respectively.

The authors note that their definition of a mustache includes any “visible presence of hair on the upper cutaneous lip and included both stand alone moustaches (for example, Copstash Standard, Pencil, Handlebar, Dali, Supermario) as well as moustaches in combination with other facial hair (for example, Van Dyke, Balbo, The Zappa [or even the Santa]. Department leaders with facial hairstyles that did not include hair on the upper lip (for example, Mutton Chops, Chin Curtain) were considered not to have a moustache.” To avoid confusion, the article includes images of 33 different facial hair styles. The authors also clarify that they “evaluated each leader for the presence of facial hair regardless of sex.”

In conclusion, the authors write, “[w]e believe that every department and institution should strive for a moustache index ≥1. There are two ways to achieve this goal: by increasing the number of women or by asking leaders to shave their moustaches. In addition to being discriminatory, the latter choice could have detrimental effects on workplace satisfaction and emotional wellbeing of moustachioed individuals. Deans are left with one option: to hire, retain, and promote more women.”

There are no comments for this post "The (hairy?) face of medical leadership, Science, AAAS". Be the first to comment...

There are no comments for this post "Imperial mustache. The (hairy?) face of medical leadership, Science, AAAS". Be the first to comment...