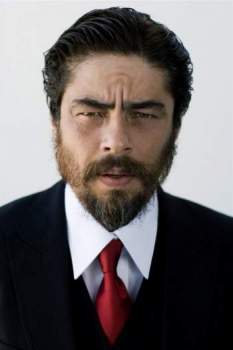 Three decades ago, these figures were the same in the United States, where they now stand at 25% and 19% respectively, according to sector data. Therefore, it should not be thought that there are too many brands because the market is big enough for them all and they are appreciated by consumers as familiar products made with quality ingredients with their own personality and history.

Restaurants are still captivated by craft beers and following the trend to have their own brand of oil, jam, wine or gin, are also seeking out their own signature beer. La Sagra has made one for El Bohío (1 Michelin star) run by the Rodríguez brothers, and craft beer makers Ales Agullons (Barcelona) brew for El Celler de Can Roca; the newly-created Roca y Carbó by Jordi Roca has been added to the list of beers, a pale ale with a base of caramelized honey and lychee juice. For Becada restaurant (Villanueva de la Serena, Badajoz), the local company Sevebrau (winner of the silver medal in the European Beer Cup in 2015) has developed a rice beer to accompany the establishment's menu of rice dishes.

The rise in this type of beer has led large companies to recover their artisan recipes and bring these beers onto the market. Estrella Galicia, with beer cellar products that are served in its restaurants all over Spain and in foreign countries, has a fresh taste because it is non-pasteurized. This distinguishes it from other bottled, canned and barrel beer.

The United States is still the main inspiration of Spanish brewers. Their experience over the past 30 years, when domestic producers experimented and went for new European styles and new generation hops, has crossed the pond and some of these innovative, fragrant and taste-filled hops are now being produced here, and not just the bitter-tasting variety, preferred by industrial brewers up until now. These hops are being grown for its own use by Four Lions, a company that brews six types of beer in León (the hop paradise).

Hops are being grown with herbal, citrus, spicy and resinous undertones in Tarragona (also in León where the climate favors the cultivation of this basic herb). The use of different aromatic flavorings in craft beers means that they are becoming increasingly fruity, and although "the darkest and most bitter beers (with the strongest hop content) are currently most fashionable they are becoming more balanced, less radical and more elegant” says Mateo Sanz, beer master at San Frutos (Segovia) and co-founder of the Asociación Española de Cerveceros Artesanos Independientes (Spanish independent craft brewers association).

Guadalajara-based José Ángel Santiago, master brewer of the craft beer Arriaca, has launched the first canned craft beer following the world-wide trend, and is predicting that the new sour beers will become very successful: “To get used to these beers, people should drink other types such as IPA, brown ale, wheat beers, porter or stout”.

Sour beer is an institution in the US and made in the style of Belgian beers - Lambic and Flanders among others, brewed using the spontaneous fermentation of bacteria, or the German beers Berliner Weisse and Gose (with a pinch of salt). Each one has a different degree of acidity, sourness or bitterness and some even contain a hint of fruit like peach, raspberry or strawberry that must be handled with extreme care to avoid cross contamination. For this reason, there are as yet few experts. Carlos Agullons is a pioneer in the field. “We started with two barrels in 2008 and now we have 40. With Pure Pale we make two types of acid with ripened fruit and up to two months in the barrel, although the entire process takes more than a year”.

Lambic brewing is the favorite of the Bier Cab (Barcelona), the first beer restaurant to have 30 craft beers on tap. It offers rare brands such as Tre Fontain or one that costs €500 a bottle, putting it among the five best beer places in Europe according to the world craft beer guide, ratebeer.com.

With 14 taps, The Stuyck Co (Madrid) believes that “there is a labor of apostleship in the brewing of sour beers” which combine easily with cheese, for example. These restaurants are starting to offer tapas like garlic shrimp gyozas (pastries) to eat with IPA or tuna tataki to accompany sour beer to improve their quality because “in such a young sector which has defects, we want critical customers”, explains Rafa Gil Stuyck.

Pumpkin and cinnamon beer is a museum piece. Present among the first American beers and one of many offered by La Sagra, which also has a beer with lemon peel and cardamom in line with the Radler category. These are the shandies developed in Munich in 1922 and produced by Amstel, Cruzcampo and even craft beer brewers. La Cala (Almería) brews seven beers in a sector dominated by creativity where brand image also counts. Malaga-based Murex (Laus design award) has created the first beer containing 20% sugar cane juice to commemorate its past. Extremaduran firm Cerex has also sought to link itself to a product with a more earthy taste. Flavors include acorn, cherry, chestnut and even Ibérico bellota ham. Others have brewed mareira (sea water) beers such as Galician brewers Retrancus de A cova de Serpe, La Negra Marinera de Mustache, Cervexa Mareira de Galponbier or Er Boquerón de La Socarrada that introduced this category in Spain.

Mica (like the mineral found in Fuentenebros, Burgos) is the new premium beer of Casa de Alba, double fermented in the bottle to produce a natural fizz. Mica produces also beer distributed under its own brand and this brewery has recently launched a craft beer called El Cotarro made with Tempranillo grapes.

Neither does Balate from Maresme, that calls itself “gastronomic” with the aim that the beer should partner the food, not be the main character, and which is now sold, they inform us, in 18 restaurants with Michelin stars. The brewer toys with the subtlety of the hop and the yeast to evoke cocoa or banana using no additives in honor of the skill of many artisan brewers.

Mica, the Craft Beer That Tastes of Castile

The 10 Foods That Define Spanish Gastronomy

There are no comments for this post "Craft Beers from Spain, Foods Wines from Spain". Be the first to comment...