Walrus moustache how to grow. Rick Estrin & the Nightcats, Biscuits and Blues 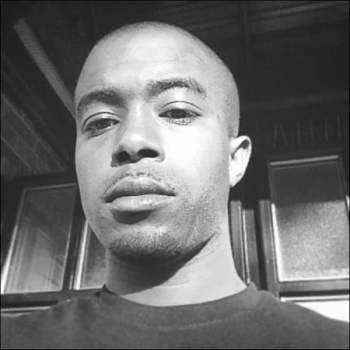 Wildly fun, musically fearless and bursting with bravado, Rick Estrin & The Nightcats have created one of the blues’ most instantly recognizable sounds and no-holds-barred styles. Featuring the world-class talents of harmonica master, songwriter and vocalist Rick Estrin, guitar wunderkind Chris “Kid” Andersen, keyboard wizard Lorenzo Farrell and dynamic drummer Alex Pettersen, Rick Estrin & The Nightcats serve up sharp and incisive original blues and gritty roadhouse rock ‘n’ roll. With his wily and unforgettable original songs and his hipster, street-smart vocals, no one on the blues scene writes or sings like Rick Estrin. No one looks like him either, as Estrin is always dressed to the nines, sporting his trademark pencil-line mustache and pompadour haircut. Pencil line mustache.

DownBeat says, “Rick Estrin sings and writes songs like the brightest wiseguy in all of bluesland and blows harmonica as if he learned at the knee of Little Walter.” Live, the band is simply unbeatable. They deliver a high-energy show capable of bringing any audience to its feet. According to Living Blues magazine, they play “captivating, powerful blues and roots rock with a wickedly cool and otherworldly twist on tradition...intelligently conceived and executed...hugely entertaining.“

Rick Estrin & The Nightcats’ fourth Alligator album, Groovin’ In Greaseland, features 13 original songs, 11 by Estrin (including one co-written with Andersen), and one each by Andersen and Farrell. From the true life wisdom of The Blues Ain’t Going Nowhere to the rambunctious Hot In Here to the humorous, semi-autobiographical Dissed Again to the hard luck Living Hand To Mouth, the album delivers one winning performance after another. The band’s dazzling performances bring the songs to life as richly detailed characters spill their secrets and share their stories. One listen makes it clear that this is one of the tightest and most original groups in any genre, constantly inspiring each other to new heights. Groovin’ In Greaseland was produced by Andersen and Estrin and recorded at Andersen’s soon-to-be legendary Greaseland Studio in San Jose, California. According to Estrin, “Kid is the best producer I’ve ever worked with. And the fastest.”

How to make a moustache look thicker

For more than 30 years and nine albums, Rick fronted Little Charlie & The Nightcats, flawlessly combining his songs, vocals and harmonica with Little Charlie Baty’s one-of-a-kind guitar excursions. The band won international acclaim and toured the world repeatedly. They were nominated four times for the prestigious Blues Music Award for Band Of The Year. With Charlie’s retirement from touring in 2008, Rick took over leadership of the band. He knew the only way to replace Baty’s mind-melting mashup of blues, jazz and roots rock was to find someone with an equally insane and daredevil guitar approach. Rick knew that would be a tall order to fill. As luck would have it, Kid Andersen, who had been working with another harp legend, Charlie Musselwhite, became available. “Kid’s a fearless nut on the guitar,” says Estrin. “He’s really the only guy who could fit in with us.” With an unpredictable, uninhibited style that perfectly meshed with Estrin’s wildly imaginative songs, the new band charged out of the gate.

“These are serious musicians having a hotter than hot good time. It’s tough to stay in your seat when Estrin and his musical cohorts get cooking.” –Chicago Sun-Times

There are no comments for this post "Rick Estrin & the Nightcats, Biscuits and Blues". Be the first to comment...