New mustache and beard styles. Battle of the Beards, Times-Tribune 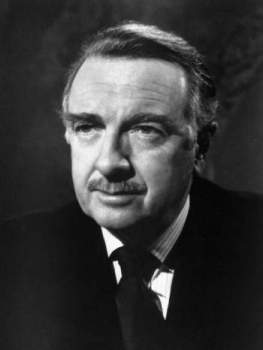 They go by many names. The Van Dyke. The Musketeer. The Grizzly Adams. Historical mustaches.

They are sustained by an array of waxes, oils, tonics and balms. Some say sweat, or the tears of beautiful maidens, are the secrets to their luster and length.

Soup is their kryptonite.

Ranging from ridiculous to elegant - from comical to historical - these epic mustaches and beards will soon face off in the Good Neighbor City. The Madison Beard Wearers’ Union - Local 608 will host the Midwest Mustache & Beard Wearers Championship, right here in Middleton on Saturday, July 12.

The event, held at Capital Brewery from 1-8 p.m., is sponsored by Remington, an ironic supporter if ever there were one. Proceeds will go to Porchlight, an organization that provides emergency shelter, food, employment services, counseling, and affordable transitional and permanent housing to homeless people in the Dane County area.

“I had a co-worker who told me about clubs and competitions and beard culture,” Lammey says. “It turns out it’s people from all walks of life.”

Lammey, like many of his fellow union members, is equal parts scholar, historian, and showman when it comes to facial hair.

Over tankards of ale – at least one of them using a straw to circumvent immaculately groomed horns made of silver hair - these bearded and mustachioed men chat about daily life, as well as the history of facial hair. Howard Taft, they all know, was the last sitting president with facial hair. (He sported a mustache.) William Henry Harrison, they all nod in agreement, was the last Commander in Chief to wear a full beard while in office.

But beyond the jesting, which is par for the course in the world of competitive beard wearing, they say there is something primal – something atavistic – about their common bond.

“To shave everyday seems like it would be a denial of the way I’m supposed to look,” Lammey explains, pointing to himself. “This right here is the default setting.”

“Let’s not forget the camaraderie,” adds Nathan Wilson, a red rose pinned to his lapel and a pencil-thin black mustache curling up and pointing toward his cheeks. “I’ve met so many people and made a lot of friends because I have a silly mustache.”

Wilson says facial hairstyles “ebb and flow over time depending on cultural variables.” The result is that these men (and women – for there is a category in the competition for them as well) are often walking, talking history lessons.

Eric Schreiner likes to keep his beard natural, occasionally trimming the sides but giving it free rein to reach whatever length it prefers. He’s 20 years old but says his age is an enigma for most strangers who try to guess it.

“It’s not shaving that I like,” says Schreiner. “Plus, I’ve been able to grow a beard since middle school, so this makes sense.”

The Midwest Mustache & Beard Wearers Championship will include 10 categories. (The world championship includes a total of 17.) Chris Kriskovic likes to enter the “freestyle” category, crafting his beard into an ornate thicket of spikes and hooks.

“You have to approach food differently,” he cautions. “Especially things in bowls.”

There are hazards outside the kitchen, as well.

“I almost lost my beard to a chainsaw once,” says Walter Cnare, who works by day as a forester. “That was a close one.”

Porchlight’s services are designed to foster independence and the transition into permanent housing and employment. Porchlight is the largest supplier of low-cost housing in Dane County and is comprised of an emergency shelter for men, housing and services for men and women suffering from serious mental illnesses, 226 single room or efficiency units, 20 one bedroom units and 40 family units. Every year Porchlight provides over 420 women, men and children with over 100,000 nights of shelters.

There are no comments for this post "Battle of the Beards, Times-Tribune". Be the first to comment...