Latest beard and moustache styles. Are you a Moustache Aficianado? bikerstache 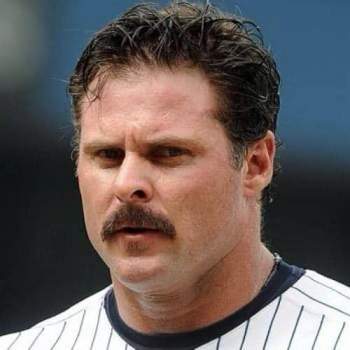 There are several types of moustaches, and before posting another product review, I feel it is advantageous to highlight these different styles, so that you, as the reader and consumer, have an idea of what type of product you may like best based on your particular soup strainer. Pyramid moustache.

I wrote this up and then copied it into WordPress, at which point my images disappeared. Sweet.

First is the chevron; think Tom Selleck as Magnum PI:

Manly, thick, wide, and offering coverage for the top-most portion of the upper lip.

Next, the Dali. Can you guess what this will look like?

You got it! Thin, and almost surrealistically long! (See what I did there?)

This one is similar to the Dali, except that it is always divided in the center, as opposed to the Dali, which may or may not be. As a side note, my moustache is a cross between an English and a Dali!

After E comes F, as in Fu Manchu. I don’t think anyone needs a picture to summon up a mental image of a Fu Manchu moustache, so I’ll absolutely include one!

The Fu Manchu is exemplified as having a divided center, and growing straight down, usually past the chin. This is similar to a Horseshoe moustache, except that the Fu Manchu necessitates the shaving of the areas past the corners of the mouth.

How to grow a big moustache

Of course the Handlebar is next. Handlebar for maximum sophistication.

This is categorized by a big, bushy moustache with long whiskers that are styled in a curls at the end. When my moustache is shorter, it becomes a cross between an English and a Handlebar, as I am able to curl the ends more easily.

The Horseshoe moustache is named for its distinctive resemblance to a horseshoe. Think 80’s biker ‘stache.

The areas to the side of the mouth are not shaved, which is the attribute that distinguishes the Horseshoe from the Fu Manchu. Keep in mind, not all Fu Manchu moustaches are skinny, and not all Horseshoe moustaches are thick, so don’t fall into the trap of defining these two moustaches by width!

The Imperial is quite an impressive moustache. Anyone who is able to grow this moustache should.

What a Sir! Amazing whiskers from the cheeks and upper lip style upwards!

The Lampshade follows, and is similar to the Painter’s Brush (next) but with angled corners. Unfortunately, I was not successful in locating a good representation of this moustache, so I’m referring to the stock photo from the American Mustache Institute.

It is longer than a Toothbrush (think Charlie Chaplin), and with angled sides.

The Painter’s Brush is similar to the Lampshade, but with rounded instead of angled corners.

This moustache does not enjoy the popularity of, say, a Handlebar, but it is certainly a well-groomed upper lip accoutrement!

Pencil moustaches are thin, narrow, and outline the upper lip. They may be divided or not, and have different variations.

When worn right, it can be one of the most dashing and suave moustaches, but, regrettably, runs a high risk of being abused. When in doubt whether your Pencil moustache is right for you, check with your barber!

Pyramidal moustaches are an interesting breed. Tons of variations, but the general category is for all moustaches that have a narrow top and wide bottom, like a pyramid.

This movie presents a prime example of the Pyramidal moustache on George Clooney’s character.

The Toothbrush moustache, as previously mentioned, was first made famous by Charlie Chaplin.

Exquisite grooming, and a bit of daring (because of the most infamous person to sport this style) are all that is needed for the Toothbrush to flourish.

How to grow a twirly moustache

Finally, we come to the Walrus moustache. Contrary to the images that may be conjured up, this style does not have ends that are style upwards! This moustache is large and bushy, usually covering the entire mouth.

This is a prime example of what a well-groomed Walrus can look like.

Now that you are a moustache aficionado, what is your favorite style? Comment with your answer!

There are no comments for this post "Are you a Moustache Aficianado? bikerstache". Be the first to comment...