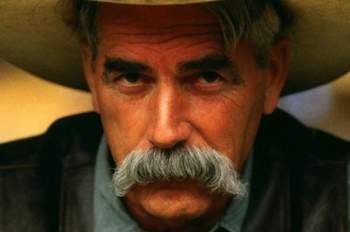 GREAT FALLS — A video taken during a pep rally at Valier High School stirred up some controversy recently. The video shows a female student wearing a red skirt, which some people interpreted as a symbol of the Missing & Murdered Indigenous Woman movement, laying on the ground. People with mustaches.

The video was shown during a pep rally at the school two weeks ago Friday night.

The idea behind the videos that were shown at the rally, according to superintendent Julie Gaffney, was to inspire enthusiasm before the homecoming game, which was against the nearby Heart Butte Warriors.

A Blackfeet Reservation member and grandmother to a Heart Butte student, Aimsback felt threatened by the content covered in the video. She said, "I just couldn't believe what I saw. Especially when I viewed it and I saw the girl with the red skirt, the one that was being murdered. And MMIW, there were all kinds of things going on about that this past weekend and it just totally shocked me."

Heart Butte superintendent Mike Tatsey also sent a statement which read, in part: "The Heart Butte School District does not condone the completely inappropriate content depicted in the video produced by the Valier High School students. It is disappointing that the educators responsible for supervising those students did not recognize the blatant racial overtones and instruct the students properly."

On Tuesday, Gaffney released a response to the video and the controversy, stating unequivocally that the video was not a mockery of Native Americans or MMIW movement. She said only approximately 2 1/2 minutes of the six-minute video was posted to social media without the school's permission and interpreted as racially motivated. Gaffney said the video segment was misinterpreted by the person who posted it online.

She added that nothing in the video had anything to do with the MMIW or symbols related to it. The skirt was a pink poodle skirt, which the student had worn all day because it was "Retro Day" at the school, and nothing more than student clothing. The skirt was later described via social media as a red skirt which symbolized the MMIW movement, which was not true. American History portrays Red Coats and Blue coats as symbols of the Revolutionary War.

Here is the full text of Gaffney's response:

On behalf of Valier Public Schools, I am releasing the following statement to address the unwarranted, inaccurate, and unfair statements made about Valier Schools students, staff, and community regarding a student video created for Homecoming week. The video was not a mockery of Native Americans or the tragedies revealed through the Missing and Murdered Indigenous Women's (MMIW) movement. Unfortunately, only approximately 2 1/2 minutes of a 6 minute video was released to social media without the school's permission and interpreted as racially motivated. That video segment was misinterpreted by the person who released it and those following her posts as intentionally created to make a mockery of the Missing and Murdered Indigenous Women.

It has been implied that the MMIW and the red skirt symbol was well known to everyone so advisors should have known to tell students to remove it from the video. Although the MMIW movement is very well known in Canada and there is increasing awareness in the US, the symbols related to the MMIW movement are not well known. It has been said by some people that it doesn't matter what the intent of the video was. I don't agree. Nothing in the video had anything to do with the MMIW or symbols related to it. The skirt was a pink poodle skirt, worn all day because it was Retro day, and nothing more than student clothing. The skirt was later described via social media as a red skirt which symbolized the MMIW movement, which was not true. American History portrays Red Coats and Blue coats as symbols of the Revolutionary War.

As part of Homecoming week, as is tradition in Valier, high school students create videos based on a theme selected the week before. The theme for the freshmen class was the 4th of July. Students watched a video, School House Rock, "America! "Shot Heard Around the World" which became the idea for their video. The British (Heart Butte) and the Colonists (Valier) were going to engage in a battle.

Students found costumes representing each side. Some students found red FCCLA jackets, and blue shop coats, jackets and sweatshirts. Other students found fringed vests, headbands, wigs and mustaches in the drama room to wear as Warriors. There are 17 students in the freshmen class, 7 who identify as Native American or mixed heritage. They all took part in the video, one way or another. The students recorded their video, with each scene being shown to the advisors. It was stated on social media that an indigenous woman wearing a red skirt was murdered. That is not true. The student is dressed as a male warrior who is clearly wearing a mustache. The character is hit in the head with a football and falls down. There is a "Bang" sign which is then related to the "shot heard around the world."

There are direct parallels between the School House Rock video and the student created video. They both begin with, "The British are Coming! The British are Coming!” and the student video adds, "Wait! Aren't they the Warriors?" to set the stage for the upcoming game between the Warriors and the Panthers. Another direct parallel is the students’ use of a spinning globe and comments about the shot that was heard around the world. The question, "Did you hear that? Did you hear that?" is expressed by people in different parts of the world. In the full length video, the students engage in a snowball fight between the red coats (British/Warriors) and the blue coats (Colonists/Panthers) where the Panthers win. Each side runs out of ammunition, meet in the middle of the “battle field," and decide to engage in a snowball fight instead, all in good fun. These scenes are why laughter can be heard from the audience. The video also shows the blue coats crossing "the Delaware" in a boat with the Panther mascot at its helm. At the end, the red coats (Warriors) are seen surrendering by waving a flag, and the last scene shows the class, dressed in red, white, blue glasses, waving the American flags, saying, "God Bless America; Let Freedom Ring."

I regret that we were not given the opportunity to answer questions prior to the clip being released. Valier Schools has a strong commitment to the Native American culture as demonstrated through the work of the Impact Aid Committee, joint student activities with Browning and Heart Butte, and a welcoming open enrollment policy. Activities such as the Valier student council working cooperatively to help plan the Blackfeet Area Schools Youth Leadership Initiative and attend the conference, visit the museum, play cultural games, and listen to Native American speakers are among some of the ways Valier students have reached out in the last couple years to understand and work with surrounding communities in an authentic way. Last year's freshman class participated jointly in the Blackfeet Research Project at the Montana Historical Society to catalogue and properly name artifacts. School staff have been learning about Native American learning styles to help inform their instruction to reach all students.

Many people have contacted the school to offer their expertise in communicating effectively, raising awareness of Native American issues, and sharing ideas to bring our communities closer together. We will continue to encourage ideas and suggestions to enrich student learning and activities while we recognize the diversity among our students. One only needs to come into Valier Schools, watch our kids work together on the court, field, and classrooms, go to dances, and watch the kids walk the halls arm in arm, to see that our school is anything but racist. The school community did not deserve to be represented the way that it was. I hope that in the future, adults will take pause before going viral with something they may not understand, and give kids the benefit of the doubt.

There are no comments for this post "Valier superintendent responds to criticism of video shown at pep rally". Be the first to comment...