Latest beard and moustache styles. The Moustache Cup: Every mustachioed man deserves one - Walls with Stories 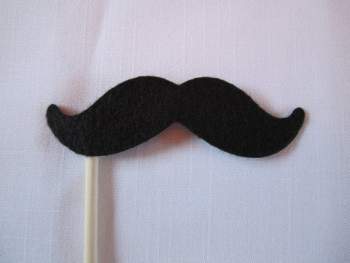 Facial hair was exceptionally fashionable for men throughout the Victorian era. British soldiers were even required to sport mustaches since mustachioed men were considered to have greater authority. Taking pride in their appearance, men came up with a number of ways to maintain their lip warmers. Old time mustache.

Dye and great gobs of melted wax were applied to the mustaches, to keep them vibrant-looking, curled and intact… until teatime.

The steam rising from the hot cup of tea – or coffee – would often make the dye run and melt the wax, sending it right into the cup. As if this were not enough, mustaches often became stained, the lighter-colored often looking dirty and unattractive.

An unusual product of great ingenuity put an end to the worries of every self-respecting Victorian gentleman. Sometime in the middle 1880s, the English potter Harvey Adams invented the fabulous mustache cup.

A so-called “mustache guard” simply went across the cup, allowing any mustachioed man to safely sip on a cup of steaming beverage through the opening in the middle of the mustache-shaped ledge.

As for the mustaches of left-handed gentlemen, they were kept dry thanks to a universal portable mustache guard attachment that could be fitted on either side of an ordinary cup.

Unveiled for the first time in Staffordshire, this unique British invention became very popular amongst all social classes in no time, eventually making its way from England and Europe all the way to America. Most of the earliest mustache cups were made in America but due to the popularity of English-made ceramics, were marked to mislead buyers into believing that England was the country of manufacture.

The invention of the safety razor in the early 20

century changed the grooming habits of men and mustaches fell out of fashion. By 1930, the production and sales of mustache cups dried up, making this formerly common and popular item almost unheard of.

Today, the mustache is trending once again. As a result, mustache cups are becoming highly collectable, the left-handed ones being particularly sought-after and hard to find. With the resurgence of men’s facial hair styles and the myriad of moustache-related products, perhaps it is only a matter of time before the mustache cup once more becomes a must-have item for the modern man.

There are no comments for this post "The Moustache Cup: Every mustachioed man deserves one - Walls with Stories". Be the first to comment...