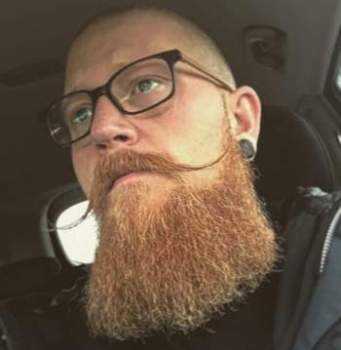 To change the face of men’s health is the goal MOvember brings to the table every year. Mo moustache.

Today, a far cry from the 30 men in Melbourne, Victoria who grew mustaches in 30 days back in 2004, more than 1.9 million men sign up to participate through the MOvember foundations website. Reaching worldwide proportions since 2004, the MOvember participants have raised more than $174 million for mens health and have changed the ‘face’ of November as we know it.

Until today (remember I’m turning a new leaf this year,) I have come to think of November as the ‘ugliest’ month of the year. A month where single women can sit back and enjoy a couple extra ladies nights. Being on the prowl for prince charming shouldn’t really be high on our to do lists since the slimy, creepy mustaches would dampen any possibility of a first date. My opinion hasn’t changed as of yet but here I am digging a little deeper into the history of the mustache.

Don’t get me wrong, I’m all for a sturdy masculine man with broad muscular shoulders and a chiseled chest (wait this is about facial hair, sorry, easily distracted… SQUIRREL,) but when it comes to facial hair, especially the mustache, I’m not sold.

Facial hair, back in the 20th century, was seen as a sign of power and leadership. Mustaches on historical men (Adolf Hitler, Albert Einstein) we’re thought to be a sign of intelligence and leaders of our time. Whilst this is an argument for another day, mustaches have been masculine traits for many years. But where does the mustache stand in todays society? Is it still viewed as a ‘strip’ of power or has it become a comical growth on our men?

Personally, a strip of coarse, wirery hair growing above a mans top lip does not scream power, intellect or Fifty Shades Christian Grey to me. Sure back in the 1900’s when the sign of power and wealth was a well groomed man with a perfectly trimmed mustache and baby bum smooth chops, I’d of been more open to being woo’ed by such a gent but history smistory… I’ll be keeping all the ‘staches at arms length!

Please forgive me for sharing too much information at times but if you’re anything like me you contemplate life’s most ponder-able thoughts whilst in the shower… And this blog dedicated to all the men and their anticipated mustaches of 2013, is no exception. Whilst going about my lengthy showering business last week, not long after having had a conversation about the upcoming November mustache growing mayhem that bombards the world every 11th month, I thought of a way in which I could support such a journey since joining in on the ‘stache’ growing masculinity is not an option for this gal.

For the next 30 days, I’m going to share a daily blog post dedicated purely to the art of the mustache and the many Bros who grow MO’s worldwide in support of male cancers. Why am I supporting the testes and prostates as opposed to the boobies and their cause? Well it’s more fun this way for a Sista to support the mustaches as opposed to the boobies I’m very well acquainted with since puberty AND to let you in on a little secret… I’m really not a fan whatsoever of the facial hair so this is my way to make this next 30 days more bearable for myself and bring a few smiles to my friends and families faces along the way (no mustache required.)

Expect fun pictures as I show off the many styles, lengths and colors mustaches often grace our brothers, sons, husbands, boyfriends and colleagues faces. Along with videos, facts, stories and many laughs to carry us through MOvember ’13.

I’d like to kick Day 1 off with a video that, in 2012, won at the Moscars (A global video contest that showcases participants involvement in the MOvember movement.) South Africa’s comedy duo Derick Watts & The Sunday Blues created a video, “The MOvember Song” which lets us, the viewers, in on a little sneak peek as to the struggles and frustrations those participating in MOvember might experience.

To bring day one to a close, this wouldn’t be supporting a cause without asking for a few dollah dollah bills yo (too much?) The following link Mo Sista: Kym Taylor will take you to my MO space page where you can donate any spare change this month to Mens Prostate and Testicular cancers. Lets face it ladies, there are plenty of men out there who take care of us (including supporting female cancers) so lets get off our buns of steel and show the men in our lives the same courtesy.

So shelve those razors boys and HERE’S TO MEN, MOVEMBER AND EVERY SHAPE, LENGTH AND STYLE OF MUSTACHE THE NEXT 30 DAYS WILL GROW! CHEERS!

There are no comments for this post "Moustache MOvember A Mo sista supporting her Mo bros". Be the first to comment...