Upper lip mustache. Barbershops are back in style 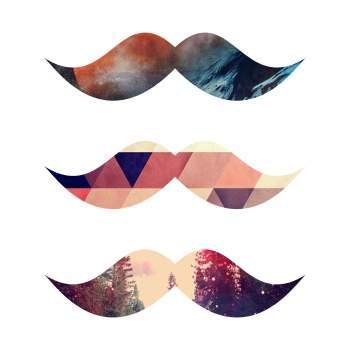 MONONGAHELA, Pa. - Young men who came of age as Millennials are helping to revive the barbershop trade in an era when many of them sport beards and shorter-cropped hairstyles. Are mustaches cool again.

“Our kids don’t want to go to where their mom gets her hair cut,” Varley said.

The Beatles hurt the barbershop industry after the British rockers took America by storm in the 1960s and every young male wanted to copy the band members’ mop-top haircuts, spawning a then-new generation of guys who wanted longer hair. But in the 1980s, men began to flock to beauty salons to have their hair curled, colored and styled.

“Our kids don’t want to do that,” Varley said.

His shop in a former carpeting store at 105 W. Main St. has been given a complete makeover featuring walls lined with barn siding and rusting metal roofing. Two chrome barber chairs from the 1950s have been reupholstered and given new life there, and children can get their hair cut while seated in a chair fashioned out of a reproduction antique pedal car.

Varley said barbers are in demand and newer shops are serving customers who want a 1920s-style cut that involves closely trimmed sides and longer on top. Back then, men went to a barber every two weeks to get a shave, trim and catch up on the local gossip.

“It’s changing back to that,” he said.

Pennsylvania records show there has been a nearly 20 percent growth in the barber profession since 2007, said Wanda Murren, press secretary at the Pennsylvania Department of State.

There were 404 barber licenses issued in Pennsylvania last year, an increase of 31 from the previous years.

Johnny Interval, owner of Barbiere in Washington, advertises his business as a high-end gentlemen’s barbershop.

“Perms — there’s none of that going on here,” Interval said.

A customer in his shop at 319 Jefferson Ave. can help himself to a free draft beer, sit on a black leather couch and pull a Playboy magazine off the rack to read until it’s his turn in the barber chair. Haircuts here are by appointment only.

“Oftentimes, when men are around women, they put on a different hat and can’t be the animals that they are,” Interval said.

“They can come here and be themselves,” he said.

On a recent afternoon, Interval was cutting the hair of Jonathan Gottschall, an author and fellow at Washington & Jefferson College.

“I’m attracted to the authenticity of a barbershop,” Gottschall said. “It’s the real thing.”

Men also are paying more attention to what’s in the products they use at home to wash their hair, shave, soften beards and for an aftershave splash. The product lines also have greatly expanded to include products with such natural ingredients as sea salt and bentonite.

Companies can “sit on their hands or put out a beard cream” to market to the many men who are sporting beards, he said.

These products are not new, as many of them were on the market in the Old West when most men wore mustaches and used mustache wax to sculpt them and creams to soften their beards, Interval said.

There are no comments for this post "Barbershops are back in style". Be the first to comment...