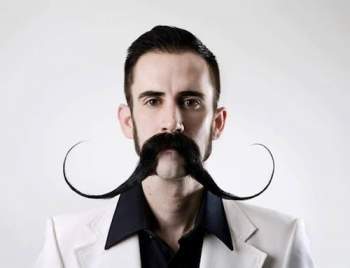 Tonight's edition of Monday Night Raw came in the wake of last week's Superstar Shake-up, which ended up completely changing the landscape of both brands. The biggest acquisition for Raw turned out to be The Phenomenal One, AJ Styles.

Although SmackDown Live lost its most popular Superstar, it landed The Big Dog, Roman Reigns, touted by Mr. McMahon as being "the biggest acquisition in SmackDown Live history".

The Glorious One, Bobby Roode remained on the red brand, and this left the fans of the former TNA Superstar in worry. Roode's talent had been wasted on the main roster and he desperately needed a switch. Although the switch didn't happen, Bobby Roode ended up getting a character change!

Before his match against Ricochet, Roode stated how Chad Gable was nothing but dead weight and he sees Ricochet as being a lot like his former partner. Roode's new persona included a mustache and a brand new name, "Robert Roode"! Let's look into 5 reasons why Bobby Roode became Robert Roode.

Roode is now a heel, as was displayed by his comments on his former partner before his match against Ricochet. What better way to make him look like one than trimming out the extra hair and leaving a snarky mustache?

The fans had become used to seeing Roode as a babyface, and this facial hair change was a much-needed alteration to his persona.

One look at the new Bobby Roode screams nothing but dastardly heel! The mustache gives off the perfect heelish vibe that his brand new character desperately needs if he wants to ascend to the main event scene on the red brand.

There are no comments for this post "WWE Raw: 5 reasons why Bobby Roode is now Robert Roode". Be the first to comment...