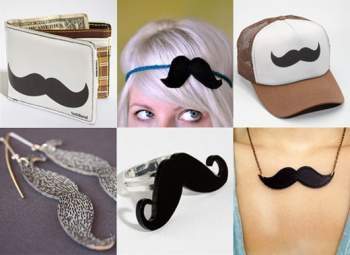 Decade after decade, the transition in between fashion trends has shown to be a constant influence over today’s generation. I remember my dad showing me pictures of him rocking an old fashioned top fade hairstyle back in the 1970’s. He stated that it was the style back in the day. When doing research for different trends during the 1900’s, the hairstyle trend has somewhat caught up with the style of today’s generation. Mustache fashion trend.

In today’s culture, males, mainly african american, have created their own hairstyle trend. It seems like today’s cultural trend is a replica from the 1950’s and the early 2000s. The popular hairstyle in today’s society consist of a low top fade with a side part. Some low fade, drop fade, and high fade styles are considered classic hairstyles for men. This classical hairstyle trend that you see today is somewhat different from how it was during the 1900’s.

During the 1910’s men were known for wearing their hair slick and straight back with a curly, thick mustache to complement their hair. As for African American males, they went along with the short, thick afro style. And sometimes they wore their hair braided back with a obligatory Bowler hat on top. Men during the 1920’s went with more a fresher look with a shaved, bare face. Along with their slick hair that included a line in the middle. In 1930’s, Hollywood movie stars took over the fashion trend by having a strong influence over how men styled their hair. Stars like Clark Gable caused men to take on the pencil mustache look with slick hair that was parted on the side.

African American males kept the thick short afro look going on throughout the 1920’s to 1940’s. From the 1950’s-1980’s, black men expressed more freedom by letting the length of their thick & natural hair show through afros and twists. Sometimes they added a stylish bowler hat just to add more flavor, but the afro didn’t fade away until 1990’s. After the 1990’s, Will Smith from Fresh Prince of Bel-Air look was on the a risen. But as you can see below, my grandfather attained this classic short afro style with thick side burns to compliment his afro. This style was very popular during the early 1900’s.

During the 1970’s caucasian men had the same stylish untamed look like African American men. Thickness, not so much, but the untamed look was there during this timeframe. Then from the1980’s to 2000’s, there were a mixture of styles that men attained every other year. It was either the archetypal Wall Street banker look with slick straight hair going back or sexy man bun in the early 2000’s.

So as you can see, the cultural trend of male hairstyles has developed into this everlasting roller coaster ride. It’s an exciting sight to see the style of curly hair with a fade from 1950’s repeat it self back in today’s culture. I would have to say, I’m enjoying this cultural roller coaster and I can’t wait to see what the new style will be in the next 5-10 years.

There are no comments for this post "Hairstyle Trend Roller Coaster - Millenial Influx". Be the first to comment...