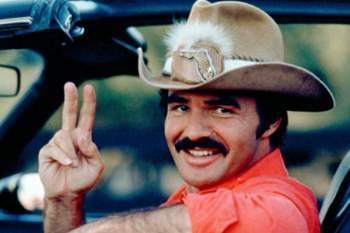 A Gentle Reader of my recent post on the use of orange peel in coffee sent me a link to a post about some young fellow, a barista, who makes a coffee with vanilla and orange peel in a bar on Venice Beach. The post has a picture of the barista at work, which I include here. Mustache styles 2015.

My other Gentle Readers will note that the barista’s mustache ends have a certain curl to them. That curl is the subject of this piece.

The fact is, I have recently begun to notice that some of the men I pass in the street who happen to sport mustaches have begun to add a curl to them. I throw in here a picture or two which I found here and there on the internet.

This new fashion in facial hair is an example of that adage “what goes around comes around” (or maybe of that other adage “there’s nothing new under the sun”). Curled mustaches have certainly not been in fashion during my lifetime – Salvador Dalì’s weird mustache definitely being an example of yet another saying: the exception that proves the rule.

They don’t seem to have been in fashion in my parents’ or grandparents’ lifetime either. If men had mustaches at all in their time, they favoured pencil-thin mustaches à la Clark Gable

(although there was a sub-culture of daring RAF pilots during the War who chose to grow handlebar mustaches, luxuriant mustaches discretely curled at their ends).

The mustache-beard combination was also relatively rare: men went around bare-chinned for the most part. King George V seems to have bucked the prevalent trends, at least when he was young and still Prince, growing both a luxuriant beard and giving his mustache a slight curl.

By the time he was King and needed to emanate a certain gravitas his mustache was no longer curled.

Perhaps George was copying his elder brother, Albert Victor (who died young and so never reigned), who opted to give his mustaches a more foppish curl (but shunned the beard).

I’m guessing that curled mustaches were more of a continental phenomenon, and a southern (Catholic) continental phenomenon at that. I suspect that during most of the 20th Century Englishmen felt that it was only funny little foreigners who curled their mustache – one only has to read what Agatha Christie had to say about Poirot’s mustache to get a sense of the ordinary Englishman-on-the-street’s feelings about highly curled mustaches.

Indeed, in my great-grand parents’ time it seems that only southern continentals had curled mustaches. We have Napoleon III

I have already written about how my French great-grandfather followed his Emperor’s fashions in hair and beard, only to change to a more Prussian style when Napoleon III got the shit beaten out of him by Bismarck, whose mustache was very much in the no-nonsense style.

A quick review of even earlier Movers and Shakers – Kings, Presidents, Prime Ministers, and such like – suggests to me that apart from a few exceptions, mustaches, when grown, were not commonly curled until one gets back into the mid-17th Century, the era of D’Artagnan and the Three Musketeers, when anyone who was anyone sported a curling mustache, accompanied not by a full beard but by a goatee. The best example of the style is Cardinal Richelieu.

The face of the king he served, King Louis XIII, was similarly festooned

although even in this he was overshadowed by his Minister: who associates Louis XIII with curled mustaches?

As did Charles I across the Channel.

Clearly, curled mustaches with goatees were in.

No European King prior to this generation seems to have curled his mustaches, but it must have been in fashion earlier. Here, for instance, from England’s Elizabethan era, we have that English vice-admiral (pirate might be a better word, or buccaneer if we want to be more romantic) Sir Francis Drake.

And here we have Sir Walter Raleigh, another swashbuckling fellow (and good poet).

In fact, all of those sailor-pirate-explorer types that Elizabeth favoured tended to have upward-curving mustaches:

and his son, Sir Richard Hawkins.

I presume that equally dashing lads throughout Europe curled their mustaches. Was it a fashion started by men living on the edge of respectability, the wild ones in Good Society, the ones you loved to read about but would definitely not marry your daughter off to, a fashion which then crept into more respectable circles to be finally sported by Kings and Cardinals?

Of course, I have been revoltingly Eurocentric up to now in this piece. It is time to give space to other parts of the world where curled mustaches have made their mark. And here I’m thinking principally of the Indian subcontinent, which has given us examples of some magnificently curled mustaches. Currently, the Sikhs seem to be the ones carrying forward this tradition

but in the past well curled mustaches – and rich and full beards – were common in the Indian subcontinent.

Well, I end my historical tour of the curled mustache here. I can only look on men who curl their mustaches with envy. As I reported earlier, I’ve never grown a beard and if I did it would be a mangy thing. I grew a mustache once in my life and it was a raggedly sorry affair despite my best efforts. Well, that’s life: you live with the genes your parents gave you, and I didn’t get the gene for rich, thick, curlable mustaches. Hey ho.

There are no comments for this post "curled mustaches the heart thrills". Be the first to comment...