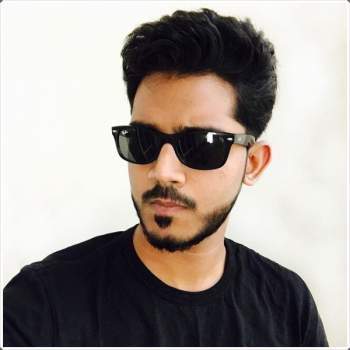 The Simpsons are going full-on throwback this week, from casting Ned Flanders as the coke-dealer-of-the-week on Miami Vice in the opening LA-Z Rider Couch Gag to Bart’s milk mustache. One back they neglected to throw at us, though, was early-era Simpsons, when the series used to be daring and subversive and funny, all at the same time for more than two episodes in a row.

Sure, there is a strong subversive element in Bart getting his hormones in a bunch over the new but still too old elementary school teacher and it’s almost upsetting to see him competing for her affections against the just plain too old Principal Skinner. It’s also somewhat less than surprising to see that Skinner is a serial-fraternizer with the women who work under him. Skinner famously had an on-again-off-again relationship with Bart’s former teacher, Edna Krabappel, played by the late Marsha Wallace, before she shacked up with pious Ned Flanders. You would think Superintendent Chalmers might have a problem with it, but he’s already gone on the record as having an “in for a penny in for a pound” attitude when it comes to on-the-job sexual harassment and he’s still, apparently, seeing Skinner’s mom on the side.

They sell ads in thought bubbles now? What is this, South Park? Are we going to someday learn that either Sherry or Terry is only a subliminal Got Milk ad? Milk helps a body grow and bovine hormone growth milk helps a body grow fast and furiously. The Simpsons kids are each dealing with different adolescent issues, a cabana-boy mustache for Bart and zits for Lisa. It seems a little out of character for Lisa to get so upset over the early-onset facial problems, but that might have been the hormones talking. We’ve seen Lisa go through bouts of vanity squeezing through her usual insecurities, but she takes to make-up a little took quickly here for her all-too-liberal yellow roots.

The new teacher Mrs. Berrera gives Bart a reason to stay after school and blow off his regularly scheduled game of freeze tag with Millhouse. He sits up straight in class, folds his hands like a nerd and raises his hand to volunteer to start spraying the first layer of new paint Springfield Elementary has seen since the seventies. It’s not because the former Army Sergeant knows how to use a shoulder-mounted anti-aircraft gun either. It’s because her well-trained milk deployment unit doesn’t need a harness.

I had a feeling the episode was going to be subpar when I read that Sofia Vergara was the guest star. It’s not that I have anything against the Modern Family star, her accent has done her well, but there’s something about her that I now associate with a quick and trendy way to thoughtlessly boost ratings. Vergara has a reputation for being curvy and sexy, but this is an animated show and as Jessica Rabbit has already made abundently clear, anyone can be drawn that way. I was, however, impressed by the voice she does when she’s having an inner dialog, what Groucho might call a “strange interlude.” It could have been another actor. The other tipoff that the episode wasn't going to equal the quality of the past two weeks was the two-minute couch gag. The longer the opening, the more time the writers had to fill because the episode wasn't fully baked. That's the rule on The Simpsons, though they've convinced most fans to celebrate the couch gags.

There are quite a few retreads tiring out the episode tonight. Homer already taught Bart to shave when he thought he was dying of delicious blowfish poisoning. It’s already been established that Homer has a five o’clock shadow by ten after six in the morning. Skinner’s already had an affair with a teacher. Bart’s had several first crushes and even had a soft spot for a teacher. This episode doesn’t come anywhere near the poignancy of Lisa’s substitute teacher crush when Dustin Hoffman put on his spurs and taught history as a substitute when Miss Hoover went crazy with psychosomatic Lyme disease.

Somewhere another mustache is in great pain, Ned Flander’s lip tickler intuits from Bart’s starter-stache, the first step to van ownership which leads through loser, creep and perv. The Moody Blues’ “Tuesday Afternoon” makes an appearance and David Bowie, who has bailed out Springfield’s First Methodist Church several times, and Ace Frehley are also referenced.

“Teenage Mutant Milk-Caused Hurdles” was a filler episode and the main ingredient was Bovine somatotropin.

But It All Went By So Fast: Homer J. Simpson as Joe “Kaz” Kazinsky. Ned Flanders as Fernando Whitemore. Hi-Diddly-Ho Neighbo Reeno. God Squad. Thou must kill Simpsons. Mystery meat burger. Testicles, Intestines and Hooves in a Bap, Freshly cooked. Chaise Long. Today’s substitute: Mr. Willie - The Poetry of Robert Burns. Daily Fourth Gradian: Teacher Caught Listening to Beatles in Language Lab. Top of the Taste organic Milk Gently Yanked From a Cow. The Library is Next Door. Please do not read in store.

There are no comments for this post "The Simpsons: Teenage Mutant Milk-Caused Hurdles Review". Be the first to comment...