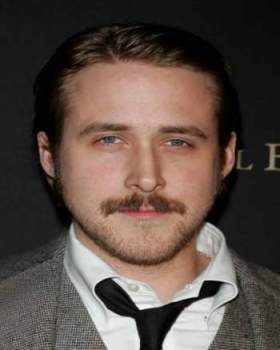 Jason Kipnis rocks a mustache prior to Friday's game in Kansas City. Stache short for mustache.

The former Tribe reliever, jettisoned to Pittsburgh earlier this month, received the 2011 Robert Goulet Memorial Mustached American of the Year honor, handed out annually by the American Mustache Institute.

Some form of lip-tingling facial hair adorned the exterior of nearly every Indians player prior to Friday's series opener against the Royals. Lonnie Chisenhall, who has dabbled with different styles of facial hair all season, spearheaded the craze in honor of Joe Kessler, the club's strength and conditioning coach. Kessler sports a thick, brown mustache.

Chisenhall and a few of his teammates convinced the rest of the players to ditch all facial hair aside that which rested upon their upper lips.

"We're raising mustache awareness," said closer Cody Allen, who lamented the blonde hue of his own 'stache. Allen rated his hair "fair at best. It's a little tough to see from across the room."

Chisenhall grows a mustache every year for "Mustache May." He was pleased to have his comrades join in on the fun.

"Once a year, I try to grow one and it's terrible every time," Chisenhall said. "I want it to be awesome. It's never anything like I want it to be."

Manager Terry Francona said he doesn't mind any team-building exercise, "as long as they're not breaking the law."

"Cleanliness is not mandatory," Francona said. "I don't care if they shower or whatever. As long as they play good baseball, I'm not worried about the facial hair."

For players without facial hair -- either because of an already-shaven face or an inability to grow proper hair there -- Chisenhall passed out fake mustaches. Trevor Bauer donned a short, thick black mustache. Roberto Perez and Zach Walters also joined in on the fake fun.

"Everyone is trying, at least," Kipnis said. "There is effort there -- even the fake ones, like for the 12-year-old Kyle Crockett, who can't grow one out."

Catcher Yan Gomes can't grow a solid mustache, either. He said the hair that grows above his upper lip looks like eyebrow hair.

"It doesn't come in very well," he said.

There are, however, no excuses with this exercise.

It already has. The Indians don't care.

"You don't see the mustache nearly enough these days," Allen said, "so we're trying to save it from extinction."

Chisenhall said he was upset that Axford isn't able to contribute to the hairy camaraderie.

"He would definitely be a founding member of this organization of mustache awareness," Allen said.

How long will the mustaches last? That may depend on the ensuing won-loss record.

"We're just going to grow them as long as we can," Chisenhall said. "This will be a good feeler series to see what happens."

Tomlin and his wife are expecting a baby soon. Will they last that long?

"He's going to have to take a picture with his baby with a mustache," Chisenhall said.

There are no comments for this post "It s going to get ugly : Mustache Mania spreads throughout the Cleveland Indians clubhouse -". Be the first to comment...