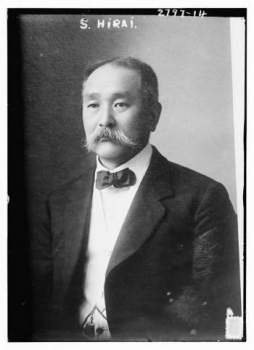 No month is friendlier to facial follicles than “ Movember.” The worldwide mustache-athon, which challenges men to grow lip foliage while raising money to fight prostate and testicular cancer, gets more popular every year. This celebration of all things hirsute and healthy began at a bar in Melbourne, Australia, in 2003. Travis Garone and Luke Slattery were conversing about different styles of mustaches (known as “mos” down under) and decided they’d challenge 30 of their friends to insulate their faces while raising funds for medical research. That challenge has since been taken on by men all over the world. Thick mustache. Movember beard styles.

As of 2012, the Movember Foundation had raised approximately $21 million from about 209,000 guys who asked their friends to sponsor an attempt to create sub-nasal art. The revenue has gone to places like the American Cancer Society and the Prostate Cancer Foundation, sending a message of hope to many.

But the medium is also the message, so Movember mustaches must be more than participation prizes. Mo growers should strive to create a sustainable and individual look. Because growing a mustache is a tricky business full of bizarre in-between phases, peculiar shapes, unusual products, and strange tools, we enlisted Thorin Decatur, the lifelong owner of a mustache, a former U.S. Marine, and the founder of the Decatur & Sons Barber Shop in New York City, to help sort things out.

The first manner of business, according to Decatur, is “picking a style that is physically possible.” The barber recommends being honest about where you fall in the mustache hierarchy. Take Tom Selleck’s mustache. It is particularly thick, full, straight, and long. “Guys with thinner or curlier lip hair just can’t grow one like that,” Decatur explains. Growers have to choose from a menu of options actually available to them.

The next step is to figure out what fits the shape of your face. “It’s simple,” says Decatur. “Small faces go with smaller and thinner mustaches; big faces go with bigger and fuller mustaches.” Vice versa will make big heads look enormous and small heads look downright pointy. If you’re in the middle, it’s about feeling things out. “It’s not a science,” he says.

From there, consider your personal style. The wilder the hair style, the less crazy you should go with the mustache. “It’s too much,” says Decatur. “And you want to keep it manicured, but not so much that you have unnaturally straight lines on your face. Then it starts to look a little bit like your mom cut your hair.”

You’ll also need some tools. A trimmer (Thorin uses the Andis T-Outliner for shaping and any one of these is a great bet for length), a mustache comb (cheap is okay, it’s just for the month), and wax (Decatur suggests Mr. Natty’s Moustache Twizzle Wax ) are all musts if you’re really going to go for it. But above all, the most important tool in the kit will be a sense of humor.

Especially when you learn this: Though just 30 days hath Movember, Decatur says “a mustache takes a good three to four months to truly develop.” The hair on your face grows three times as fast as the hair on your head, but it grows differently and mustaches take a bit of time to fill in. Decatur cautions against getting your hopes up about mastering some of the more complicated styles before the month is up, which is fine, because in addition to a few outlandish looks, we’ve got some styles that won’t lock you down for the long haul.

Here are what we consider the five best mustache styles. They’re listed from the easiest to the most difficult to pull off.

There are no comments for this post "Moustache grooming guide. Best Mustache Styles for "Movember" - Me...". Be the first to comment...