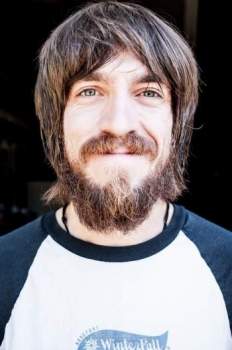 Although he is only 38, guitarist John Van Beek is obsessed with the music from the 1920s, '30s and '40s. He has learned many of the most popular songs from that era, which he plays and sings in a relaxed manner, switching easily from swing to country to blues to jazz standards.

"There's a reason they're considered classic songs. They have memorable melodies and are easy to enjoy," says Van Beek, who also performs under the name JohnVB.

Although Van Beek has worn a beard and pencil-thin mustache in the past, he now presents the clean-cut look of the early male hitmakers, including short hair, pressed shirts and ties. During his performances, he exudes the wholesomeness of a more innocent time, when conformity was not considered a shortcoming.

Today, many people listen to much newer music on mobile devices. But Van Beek has discovered a different and growing audience for his performances: senior citizens in residential communities, ranging from independent and assisted living centers to rehabilitation facilities and adult foster care homes.

His songs evoke strong memories in many of the listeners, including those with dementia. He plays them expertly with sincerity and reverence, interspersed with corny, inoffensive jokes and bad puns.

Most young people probably have never heard any of the songs Van Beek performs. "On the Sunny Side of the Street" was written in 1930. "Sentimental Journey" was published in 1940. "Chattanooga Choo Choo" originally was recorded in 1941. "The Tennessee Waltz" was first released in 1948.

But during a recent performance at the West Hills Health and Rehabilitation Center in Southwest Portland, residents in wheelchairs tapped their fingers and nodded their heads in time with the music, and applauded enthusiastically at the end of every song. After the performance, one resident told him his life story.

Those who study how to best treat the elderly in memory-care facilities would not be surprised. Music therapy is an important and growing field. The 2014 documentary "Alive Inside: A Story of Music and Memory" shows how music from the past can reach and reawaken nursing home patients who at first appear comatose.

Van Beek admits he did not fully realize the potential benefits of such music when he first began studying the guitar in the 1990s. Although he started out backing his piano-playing grandmother at retirement home chapel services, he was more interested in the local Gypsy jazz scene and appeared at clubs and coffee shops with like-minded musicians.

But, after he started performing at the Harvest Homes retirement village in North Portland, where he does maintenance work, he began getting asked to play at similar facilities in the region for money. Now he is on the verge of quitting his "day job" and making a living playing full time for people twice or more his age.

That's a big risk for a married man with a stay-at-home wife and three small children, but one he is willing to take. His weekly calendar already shows back-to-back bookings in Portland, Gresham and Vancouver, Washington.

Van Beek is not the only musician playing regularly at residential senior facilities. In fact, a nonprofit organization called Fly Me to the Moon stages concerts with multiple musicians at such facilities, too. And an organization called ElderAudience helps find musicians and other entertainers for their residents, including comedians and magicians.

John Van Beek has never followed trends. Born in Port Angeles, Washington, he was home-schooled through the 12th grade. His father worked in the construction industry and was a licensed minister with the United Pentecostal Church International. His stay-at-home mom oversaw his education, including piano lessons at an early age. Van Beek says there was always music in the home, although his parents made sure it was "clean."

The family, which includes a sister, moved to Liverpool, England, in 1984. After moving back in 1988, they spent 18 months traveling the country in a motorhome, then moved back to England in 1993. After that, they moved to Portland in 1998, where Van Beek first lived in St. Johns and now outer Southeast.

After the family moved to Portland, Van Beek began working with his father and eventually landed the maintenance job at Harvest Homes. His father, who is now retired, began holding nondenominational chapel services there twice per week about 20 years ago. His mother now plays piano at them.

"He considers this his church and doesn't pastor or attend anywhere else," says Van Beek, who credits these services with first making him realize how seniors connect to music.

When Van Beek first began learning guitar, his instructor introduced him to the music of Django Reinhardt, a Belgian-born Romani-French jazz guitarist and composer who died in 1953.

Reinhardt is widely regarded as one of the most influential musicians of the 20th century and is credited with starting the first jazz band in Europe. Reinhardt's composing, performing and recording accomplishments are remarkable because he was badly burned and lost two fingers on his right hand at an early age. He unexpected died of a stroke when he was only 43.

Inspired by Reinhardt, Van Beek began playing with local jazz musicians in Portland and even appeared regularly with a group called the Djangophiles. But he remained interested in other styles of music, too. He still remembers being impressed by the guitar playing on a used triple-record set of country and western hits he bought. He's worked several of the songs into his sets.

"I've got a cassette of Willie Nelson and Johnny Cash, and they're not any better," says Gene Esner, who has seen Van Beek perform many times. "He's getting better and better."

Harvest Homes owner and CEO Lyndia Moyer says she is impressed by Van Beek's growth as a performer and his personal connection to his audience.

"Over the years, he discovered his love for the seniors as well as his talent for playing the guitar and singing for the residents. Many of his songs were personalized to include the audiences likes and occupations," Moyer says. "While we don't like the idea of losing John, we are very proud that he is following his life's work and passion. He is a unique individual with a true heart for everyone he encounters."

Van Beek tries to arrive early at all of his senior living performances so that he can talk to the residents and ask if they have any requests. Some have even given him lists during repeat appearances, and he makes a dutiful effort to learn as many as possible.

"Baby boomers are retiring and there are more of them in my audiences now. I'm learning Elvis and Beatle songs because I want to play what they want to hear," he says.

Van Beek owns 30 guitars, but he usually performs on a Loar archtop, which he describes as a Chinese replica of vintage Gibson guitars. In small settings, he plays the guitar through a small speaker the size of a desktop radio and sings with a microphone. In larger settings, he sets up a more complete sound system.

Although he is mostly performing at senior residential facilities these days, when time allows, Van Beek also plays at weddings, funerals, real estate opening, farmers markets, and Blue Moon Camera and Machine's annual customer show in St. Johns. Sometimes he is accompanied by jazz violinist Eddie Parente, who he met in his club days.

"I always enjoy playing with other musicians I know, but I don't do that as much as I used to because I'm getting so busy now," Van Beek says.

Van Beek knows he is an entertainer and not a music therapist. In Oregon and many other states, musical therapy is a licensed profession that requires certification and ongoing education. It combine a knowledge of both music and psychology, with an emphasis on brain functions.

In the documentary "Alive Inside," several infirmed nursing home residents with Alzheimer's disease appear unresponsive, but remarkably wake up and begin talking about their younger lives after hearing popular songs from those days. The award-winning film demonstrates the power of music therapy, which involves the use of music to improve the lives of patients.

In Oregon, only Pacific University in Forest Grove offers degree courses in music therapy. Program clinical coordinator Brea Murakami says much of the research is based on magnetic resonance imaging of brains that show multiple areas becoming active when exposed to music.

"Music creates a lot of connections in the brain, including pathways around parts of the brain that might not be performing optimally," Murakami said.

According to Murakami, although many parts of the brain respond to all kinds of music, research shows more activity occurs when people hear music they liked when they were growing up.

"Music that we are familiar with can bring back the feelings we were having when we first heard it," Murakami said.

Music Therapist Emily Ross said the profession first started to develop in the 1950s. It grew out of experiences in veterans hospitals following World War II. Musicians would occasionally come and play for the veterans, many of whom were withdrawn and suffering from post-traumatic stress disorder.

"The music would spark emotions in the soldiers with PTSD, but the musicians wouldn't know how to respond to them. That's when psychologists began to get interested," said Ross, who owns HoofnHorn Music Therapy Study in West Linn. Its therapy includes exposure to horses at the adjacent Falls Creek Stables.

Ross is also media coordinator for the Oregon Association for Music Therapy, a membership organization for music therapists that offers some of the continuing education courses required for license renewals. The number of licensed music therapists in Oregon has increased from around six in the 1990s to about 50 today.

Ross says that she and other therapists support bringing music to seniors, even if only for entertainment. They hope more residential facilities will also incorporating music therapy in their programming, too.

There are no comments for this post "Pamplin Media Group - Portland singer reaches back to touch memories with music". Be the first to comment...