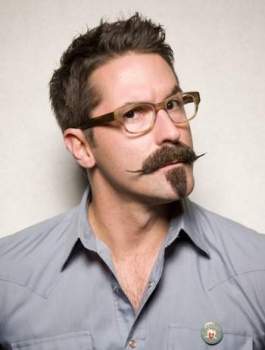 The tradition is certainly alive – and growing – at Brewers camp. A quick glance around the clubhouse and you're sure to notice that the majority of players are showing some stubble.

For some players, it's a point of pride. Different shampoos, balms, and creams line lockers. Shavers and blades craft that perfect look.

Taking all this into consideration, we've compiled a list of some of the best beards in the Brewers clubhouse. Who knows? Maybe one of these big-league beards will reach the whisker hall of fame one day.

Accentuated by long hair under his cap, Tillman's beard is a classic. It's trimmed and controlled, but still full enough to look a bit wild. It's a perfect southern look for the Florida native.

"I keep a beard just because I feel like I look like a little kid without it,” he said. “I've had it for two or three years now. That and I hate shaving. I think that might be most of what is going on with the whole beards in baseball is that we play every day and no one wants to shave every day. "

Jungmann keeps a beard because of restrictions in high school and college. As a player at the University of Texas, Jungmann said he was only allowed to have a mustache, something he wasn't eager to sport at the time. Now that he's earned facial-hair freedom, he might just let it grow for the whole season.

"I'm thinking about letting it just go all year, but it always gets to that point where I just don't want it anymore,” he said. “Maybe there will be one day where I have a bad outing and I just want to shave it all off. It will depend on how the season goes, I guess."

Blazek's beard is taking shape. Now that the pitcher has substantial facial hair, he is angling it into a point at his chin. His grooming routine includes using an electric razor to trim the sides as hair grows longer around his goatee.

"It's like a confidence thing. I just enjoy growing it out,” he said. “Especially throughout the minor leagues, you're told to shave every day. So when you get the opportunity to grow it out, you take full advantage of it.

The Brewers veteran puts a lot of work into his beard. His maintenance routine includes shampoo and conditioner, as well as beard oil and brushing to straighten the hair. It's a clean look that fits the catcher well.

"I like Goose Gossage a lot, a mustache guy,” he said. “A lot of old-school guys had the cool mustaches. If I didn't look like a creepo, I'd do a mustache too."

Tillman, a fellow pitcher, believes Boyer's beard is the most unique on the team. "It's just fire-red," he said, describing it with admiration. "A big, burly, red beard." While Boyer doesn't have much of a grooming routine, he does have a deep appreciation for beard history.

"(Abraham) Lincoln was good,” he observed. “Stonewall Jackson was pretty solid. Chuck Norris has always had -- nothing crazy -- but always a very prim and proper beard."

For Carter, the clean style is easy to pull off. The easy-going first baseman doesn't keep much of a routine, but still manages a fresh look.

"It's not really a routine, just really how it grows at this point,” he said. “I think it's easier to maintain when it's longer than it is short."

Like others on the team, Smith emerged from beard suppression in the minors to full facial-hair expression in the big leagues. Now, he keeps his beard while remembering what it was like not having one. There's a little bit of superstition involved as well.

Wilkins embraces the wild look and has one of the longest beards on the team. While he doesn’t claim to be an expert on upkeep, having such long facial hair does force a man to learn a few tricks.

"I feel like I may be slightly a novice at it,” he admitted. “I just do a little bit of the beard balm and some beard oils, different scents and things like that. I don't know, I just like to not shave."

When asked about the best beard on the team, most players immediately point to Capuano. "Obviously it's Capuano," Boyer said. "He looks like a Chia Pet. It's perfect."

How to make your mustache look fuller

It's long, but shaped well and has substantial volume without looking wild. It's hard to imagine a better beard. Capuano admits it's difficult to maintain, but it's a responsibility the pitcher takes seriously. And even though it might seem impossible to improve on the look, Capuano is going to try.

There are no comments for this post "Best Brewers Beard? It's Chris Capuano by a whisker.". Be the first to comment...