How to have a moustache. Men s mustache: which to choose based on the shape of the face 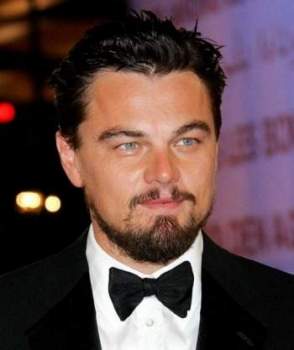 The mustache fashion is ready to replace that of the articulated beards. Many possible styles, from the classics to the eccentrics, and here’s how to choose them according to your face Moustache for round face.

In recent years, many men have let their beards grow, taking care of them in the most appropriate way. A phenomenon that has involved almost the whole world, with boys of all ages ready to follow a fashion that has led to discover the vast world of beard care, including creams, combs and much more.

A large percentage of men certainly followed this path of style for personal taste. Others, on the other hand, are simply used to follow the fashion of the moment, so as to be able to constantly boast a fashionable appearance, from the clothing to the person.

The latter will have now for some ‘realized that the time of the beards is coming to an end, from the light veil on the face to the hipster hairstyles. It is time to shave and uncover cheeks and chin, perhaps leaving a small percentage of the upper lip and nose intact. Goodbye beard, it is time to devote himself exclusively to the mustache.

How to choose the ideal mustache

The beard caresses the entirety of the face, wrapping it, which means much less effort in the decision-making phase. Once a given length and a specific cut has been chosen, most of the “work” will be reduced to constant care. This passage remains intact even for the mustache, but in this case selecting the right style can be more complex.

Better to be advised by a trusted barber, who can analyze the lines of the face and direct to one choice or the other. Several types of mustache are possible, called to outline a certain character on a face otherwise shaved in full. In the case of faces in the form of inverted triangle, or both with broad forehead and long chin, we recommend a thin mustache, not excessively long. An ideal solution even for those with small and thin lips.

The handlebar mustache is particularly scenic. As a consequence they require a certain personality as well as precise facial characteristics. These mustaches recall a little ‘look of the nineteenth century, with a length that many consider excessive that allows the classic curl in the ends (using the effect of wax). It is a solution often adopted by those who have a roundish face, but with a thin and little squared chin.

Years go by, but some styles of whiskers do not fade, never scratched by the passing of fashions. A result also obtained thanks to films and television series. Those brought with pride by Magnum P.I. they will always be fashionable mustache. Full and sexy, treated with a trimmer, specific scissors and a small comb, start from the base of the nose and reach the upper lip, following the contours. The big advantage is that this type of mustache is good on any face, with a shaved face or a light uniform and short beard.

The thin Dali mustache instead follows the line of the lips, they are sinuous and let the ends grow, curling them slightly. A dose of eccentricity will certainly help to bring them, as well as a long or plump face. Finally, the coupled mustache and goatee is always a real classic. A tendency above all young, which in many resists even after having 30 candles. It adapts well to round faces, opting for a thin or medium thick mustache, to then concentrate a hint of beard on the chin, avoiding excessive features of covered skin.

There are no comments for this post "Men s mustache: which to choose based on the shape of the face". Be the first to comment...