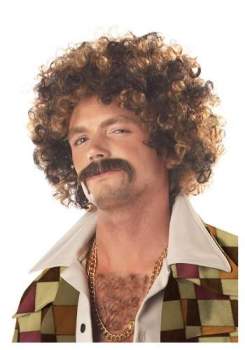 Late-ish into Gideon Raff’s historical dramatization The Red Sea Diving Resort , Haley Bennett’s character Racher Reiter surveys a difficult situation, one of a few faced by her and her fellow Mossad operatives, and exasperates “We’re all just refugees.” Sorry, dear. You and your buddies are taking risks, certainly, but you are not one of the thousands who lived the real persecution being mined for cinematic glory in this movie. That clunker of an unintentional woe-is-me line shows the unfortunate limits of the movie’s scope. As popcorn-ready as this true story may be, its marginalization of the real people and their plight is more than a little inexcusable. 70s mustache styles.

Let’s preface the background. The Beta Israel group of Jews had been in Ethiopia for over a millennium. By the late 1970s, decades of anti-religious and anti-Israeli political movements combined with bouts of civil war and famine to make staying in that nation untenable. Israel welcomed Aliyah, the immigration of Jews to the Holy Land, but movement on that level in Africa became illegal. The violent suffering and affronts to tens of thousands emboldened Israel’s Mossad force to take clandestine action. Operation Brothers and the creation of The Red Sea Diving Resort in neighboring, yet equally combative Sudan became the third wave of a mass exodus that lasted 70 years.

For the movie—and forgive the language—that’s where the cool go-getters come in to “make up one f–k up with another f–k up.” Ari Levinson, a Mossad agent with American roots played by the headlining Chris Evans, is, naturally, the kind of battle-tested loose cannon that defies orders to save the people in his charge at all costs. He’s successful, but a constant gamble for his superiors, embodied by Ben Kingsley’s Ethan Levin and Mark Ivanir’s Barack Isaacs. Ari’s latest preposterous plan is to use the titular abandoned oceanfront hotel in Sudan as a front to smuggle escaping refugees by boat instead of the closely monitored roads and restricted airways.

Using Mossad money to pay off the local Sudanese heavies, Ari and his hand-picked team of fellow assets and assassins (the handsome ensemble of veteran player Alessandro Nivola, Michiel Huisman of The Age of Adaline , Two Down ’s Alex Hassell, and the aforementioned Bennett of The Girl on the Train ) fix up the vacation venue and strut their ’70s styles. They learn the hospitality trade by day while playing ocean-faring Underground Railroad station by night. Ari’s scuba squad keenly wishes to avoid the local snarling despot Colonel Abdel Ahmad (Chris Chalk of When They See Us ) and skirt the inquisitive attention of Walton Bowen, the lead CIA spook in Sudan played by Greg Kinnear. As fleshed out by Lesson #1, these are raised stakes that border on the “I love it when a plan comes together” Hannibal Smith from The A-Team variety of clever, wily luck.

Who are they rescuing? That’s the unfortunate part of The Red Sea Diving Resort that lacks conviction, dedication, and detail. Respected multiple-time Emmy nominee Michael Kenneth Williams is Kabede Bimro, the lead camp contact and noble deliverer of thousands. Behind some soft speechifying from him, the people being saved are faceless, voiceless, and unformed people of color. Presenting any descriptive or invested depth or complexity towards their issues, struggles, and fervent religious loyalty is a steep second behind making sure the (let’s just say it) Caucasian heroes look good through their minor perils of in-fighting and such. Their problems are mere splinters in a finger compared to the jarring and very real genocide. Sure, the unbelievable resort front is the entertaining end of the pitch to get a movie made, but with 129 minutes, a better movie could accomplish both the frolic and the frailty.

The result is an unbalanced kitschy espionage thriller with weak essence from former Homeland head Gideon Raff. Other than the exotic location shooting (Namibia and South Africa doubled as Ethiopia and Sudan, in this case), nothing notable stands out aesthetically. This era has been done often. Even Mychael Danna’s musical doesn’t know what it wants to emphasize, veering between period-era tingles early and rote danger music later. The Red Sea Diving Resort feels like one of those 1990s mid-budget studio-led star vehicles. Proven talent flexes their appeal for an assured rah-rah victory.

For goodness sake, you put a Star of David necklace on the ripped collarbone and upper pecs of Captain America and give him a role where his wrongs have little to no cost. That’s a tone-setter. The extremely likable Evans easily fits the bill to get his fans to cheer the heist-like hijinks of The Red Sea Diving Resort. He is always worth watching. One has to wonder if Chris Evans is becoming the reverse of Roger Ebert’s Kevin Kline Mustache Principle. When he’s clean-shaven, he’s a jovial matinee idol. When he puts the beard on, he wants to get more serious. More evidence is needed for his post-Marvel career. The steady players with good looks fall in around him and the movie thankfully avoids the trope of a forced romance. Once again, the disfigured, dishonored, and displaced deserved to be a better driving force for the movie.

Ari likes to define the risky propositions in this movie as having one of these two outcome feelings: great pride or great shame. Sadly, the movie itself wobbles between the same. Entertainment comes easy in this Netflix-backed programmer and yet with consequently little attention paid to the predominantly off-screen annihilation of an ethnic group. Reality like that makes the glee hard to take. We live in an era where we can do better than solely bravura. Good filmmakers and creative powers can aim for challenging movies that address vital history and still entertain.

There are no comments for this post "The Red Sea Diving Resort Puts Bravura Before What Matters More". Be the first to comment...