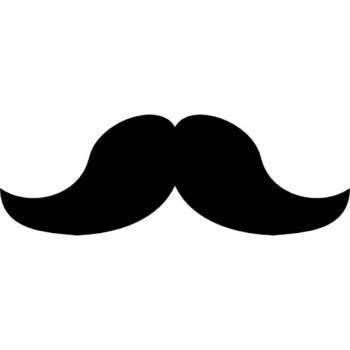 It seems beards are trending in men’s fashion in 2018, no seriously, we have graphs that prove it. This so-called “generational difference” is somewhat non-existent, and more millennials and folks from generation-x are sporting beards of various sizes and shape. We would be lying if we said we weren’t impressed by some of the beards men are sporting these days; What we’ve found is that people (employers, parents, and people who matter) still don’t like unkempt hobo-esque looks. Beards that are properly groomed and well kept are still favored and truly look awesome. Mustache shapes.

Our goal with this article is to introduce you to some beard styles other enthusiasts and celebs are growing. So whether you can grow Jim Carey’s Yeard or just classic stubble, we have got you covered.

Celebrities and their stylists have a huge influence when it comes to culture and fashion, and their grooming is no exception. Can certain celebrities get away with rocking styles that most of us couldn’t pull off, or is a strong beard the great equalizer?

Take a look at some of the best and most iconic celebrity beards, how to grow them, and which types of faces they’re best suited for. Some of these may inspire beard-envy, whereas others may give you a nice boost of confidence, depending on how you look at things.

Background: Jim Carrey has always been an eccentric guy, who seems like he’s got a lot more on his mind than worrying too much about his beard, one way or the other. Before trimming it for the movie Dark Crimes, Jim was rocking a legitimate yeard.

How to grow: When it comes to growing a yeard, you just kind of go for it and see what happens.

In the strictest definition, a yeard is what happens when you start growing a beard and just let it grow wild for the next year with minimal care, let alone shaping or trimming. After a year, whatever you end up with is your yeard. It’s a big commitment to make, but you can always give up before the year is complete, and style it however you want.

Face Shapes: Again, the yeard is kind of a different beast. By definition, there’s really not a lot to think about. It’ll grow in how it grows, regardless of your face shape.

It’s really after the yeard when you decide to trim it into another style, that you have to take these things into account. Having a style in mind that you’re excited to try can make that year go by a lot easier, and you’ll end up with a perfect canvas to show for your patience.

Background: Keanu is, by all accounts, an incredible guy. Despite his massive success in the movies, he’s known for staying very humble, and being a genuine and caring person who isn’t the type of guy to demand a ton of attention for his good deeds. Among the many positive traits we can learn from Keanu, another is that no matter how much care you put into trimming and grooming your beard, there’s a certain point where you’ve got to work with what you’ve got…

Keanu may not be rocking the thickest, fullest beard here, but he doesn’t let a few patches slow him down.

How to grow: This is an all natural, scruffier kind of look. To grow this type of beard, let your hair come in naturally, keep it trimmed to a shorter length, on the sides and front, and don’t shave a neckline. This look works when you can achieve the right balance of the natural unkempt look, but the rest of your presentation needs to be well put together because that makes the facial hair style look intentional, rather than lazy.

Once again, since it’s the all natural beard style, you can adapt it to fit the shape of your face a bit, to play up your strengths like any great beard does.

Background: When you’re George Clooney, you can get away with a touch of scruff, even when rocking a completely formal look. Even if you aren’t a movie star and style icon, there’s a big difference between just a little touch of scruff that still looks cared for, compared to a full-on mess, especially when the rest of your look is perfectly put-together.

How to grow: This is a short, thick beard that is well-maintained, but also gives some leeway to allow for a touch of scruff here and there, so it’s not something you have to be actively trimming and maintaining on a daily or even weekly basis, it gives you a lot of breathing room and can still look very sharp, especially with a slick hairstyle.

A common occurrence that you’ll notice again and again among these celebrities and their beards is the contrast between styled hair and a messier more casual looking beard.

Face Shapes: George Clooney has been scientifically proven to have the world’s most handsome face, according to articles that made the rounds in 2017. That trait obviously helps in pulling off a scruffier look, but in general, this beard will work for any shape of the face.

Background: James Harden is a beast on the ball court, leading the Houston Rockets to an incredible season in 2018. For a man who is so imposing, any other type of beard just wouldn’t do the trick. You can dig up some pictures of him in his younger years to see what he looks like without his now-iconic beard, and it certainly suits him to have it, to say the least.

He’s been asked in interviews what he does to take care of his beard and to maintain it, his answer was that he has a barber who combs it, brushes it, shampoos it, and that maintaining it is a daily routine.

How to grow: To grow a beard like this, you can have short hair that gets progressively thicker down the sideburns and flows into a bushier beard. It’s trimmed relatively straight down the side of the face and should be at least a few inches long as it descends downwards. There’s a strong line from the mid to upper ear down to the mustache, and it’s well-defined, but doesn’t have that same crisp look as someone like Drake, for instance, because the beard itself is bushier. You trim around your mouth as necessary, and just keep the rest of the beard completely full and thick.

Face Shapes: This beard doesn’t work as well for wider shaped faces since it has some width to it already. Other than that, it works with just about any jawline, since it’s buried deep in there and out of view. If you don’t have a very strong jawline, a beard like this can help mitigate that altogether.

There are no comments for this post "Top 23 Beard Styles for Men in 2018, BeardBro". Be the first to comment...