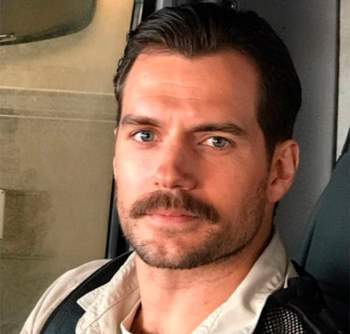 Beards and mustaches molded to fit categories such as Amish, Dali, Imperial and freestyle were celebrated at the 2013 Just for Men National Beard and Moustache Championships this weekend in New Orleans.

The festivities included a parade down Bourbon Street, where a New Orleans brass band led some of the hirsute competitors waving flags representing their native states.

“I mean, I was always the freak whenever I go out, so it’s been great to be among my bearded brethren,” he said with a laugh.

In all, more than 150 contestants from the U.S., U.K. and Canada competed in 17 categories Saturday at the House of Blues in the French Quarter.

Each category had a gold, silver and bronze winner.

This was the 4th annual national competition organized by Beard Team USA. This was the first year the event was held in New Orleans, which proved to be a challenge for some. The heat and humidity meant it took more time and energy to mold facial hair creations.

“A lot of hair spray and a lot of time,” said Chris “Xtopher Grey” Kriskovic of Madison, Wis., who says it took two hours to create his beard of seven long pointy-ended spikes. His mustache was divided into two pointy spikes as well.

But the effort was worth it, he said. Kriskovic took the gold medal in the freestyle full beard category.

How to give shape to mustache

Devon Holcombe of Jacksonville, Fla., took the gold in the natural mustache category. Natural categories mean contestants are not allowed to use hair-styling products. Holcombe’s mustache, which stretches 24 inches end to end, had to be pinned with small metal barrettes during the parade so that his curls would be nice and tight for the competition.

“I’ve gone to a few of these, and this is the first time I’ve won,” he said, smiling as he held his medal.

Sean Mabry of Louisville, Ky., said he didn’t venture far from the way he normally styles his mustache for the competition. He said he favors the “handlebar” look and decided to compete in the Imperial mustache category, which requires some time, and wax, to sculpt the long, symmetrical curls popular in the early 1900s.

“You don’t wake up like this,” he said. “You just keep putting wax in and just, little by little, kind of work it up.”

Keith Haubrich sculpted his mustache into the two arms of a clock, with the arms stretching to roughly the 10 and 2 positions. He had painted the clock numbers in a circle around his face and took the top honor in the Dali category, which is named for Salvador Dali, the Spanish painter known for his mustache of long tips arching upward.

Though Jeff Langum of Philadephia took the gold for his full natural beard, he said the competition was secondary.

“It’s catching up with old friends from all over the country, all over the world, meeting up at these events, seeing each other and hanging out,” he said. “That’s what it’s really about.”

There are no comments for this post "New Orleans - 150 Beard And Mustache Enthusiasts Compete For National Titles - Vos Iz Neias". Be the first to comment...