How to grow an awesome mustache. Moustache or Mustache – How to Use Each Correctly - 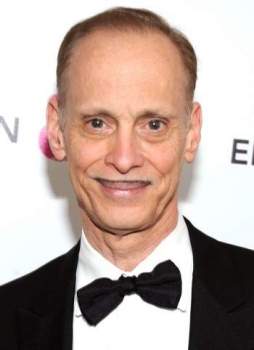 What’s the Difference Between Moustache and Mustache?

Moustache and mustache are two alternate spellings of the same word. Their pronunciation and meaning is exactly the same. Famous pencil mustache.

Moustache is the preferred spelling in British English and all other varieties of English except American English. A moustache is the hair on a man’s upper lip.

Many men grow a moustache during November to raise awareness for men’s health issues.

Mustache also means hair growing on a man’s upper lip. The only difference is that this spelling does not include the letter o. This is the spelling used in American English.

The man was very proud of his mustache, but his wife hated it.

There is also the word mustachio, which is a very elaborate or impressive mustache.

Using Moustache in a Sentence

When to use moustache:Moustache is a type of facial hair. British English uses the spelling that begins with mou.

There are many styles of moustache including the handlebar moustache and pencil moustache.

The inclusion of the o comes from the French word from which the English word is derived. All varieties of English use this spelling except for American English. Therefore, use this spelling unless you live in America, or write for an American audience.

Using Mustache in a Sentence

When to use mustache: Mustache is an alternate spelling of moustache. It also means the facial hair on the upper lip.

Mustaches go in and out of fashion.

Some men shave every day, whereas others prefer to keep a beard, or grow a mustache.

This is one of many examples in which the US spelling is different than British spellings. The American versions are often shorter, and include differences in other words such as colour/color and cheque/check.

There are two ways to help you remember which word to use and when.

The first way is related to history and to the other words in British versus American English. Americans actively tried to change the spelling of British words to help separate their two cultures. They removed what they thought were unnecessary letters. Therefore, the shorter word is usually the American version, as is the case with mustache.

The second way has to do with the spelling. The first three vowels in mustache are u, s, and a. This spells USA. This can help you remember that the spelling without the o is preferred in the USA.

Mattingly (who famously sported a luxurious moustache during his playing career) had no such ban during his five seasons as the Dodgers manager and beards were rampant – from tidy (Scott Van Slyke) to more free range (Justin Turner), from Amish (J.P. Howell) to intermittent (Clayton Kershaw has an on-again, off-again relationship with his) and interplanetary (during Brian Wilson’s brief sojourn in LA). – OC Register

Hamrol is a mercurial 79-year-old with a ball cap and a white mustache. – LA Times

And in Cavill’s case, that means he’s taking time away from his current project, a sequel to “Mission: Impossible.” That role calls for him to have a very thick mustache — in stark contrast to the always-clean-shaven Man of Steel. – New York Post

Select the correct word to fill in the blank, mustache or moustache.

Should I use moustache or mustache? Both spellings are correct, and both refer to a type of facial hair. However, only one spelling is standard for each variety of English.

Mustache is the standard spelling to use in America or for an American audience.

Don’t be surprised if you see the British spelling in America, or vice versa. Because of globalization, mixed spellings are common.

However, you should stick to the spelling for the country you are in, or the nationality of the audience you are writing for, in order to be correct.

There are no comments for this post "Moustache or Mustache – How to Use Each Correctly -". Be the first to comment...