Beard styles without a mustache. The Outer Worlds preview — The Fallout: New Vegas successor you've been waiting for, Windows Central 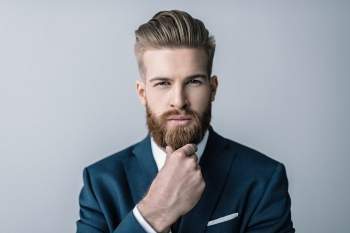 When the first extended look at The Outer Worlds debuted at E3 2019, it captured the imaginations of a lot of fans, and not just because of the striking visual aesthetic. How to shape up your mustache.

Developed by Obsidian Entertainment, the company behind Fallout: New Vegas, the game seemed to harken back to that previous RPG title. It's been a while since the studio tackled an open-world RPG, and newer Fallout efforts like Fallout 4 failed to capture the humor and well-crafted story beats that Obsidian introduced in its entry. Obsidian had worked on games since New Vegas — great games, in fact, like Tyranny and Pillars of Eternity — but no open-world RPGs.

After the narrative disappointment of Fallout 4 and the overall failure of Fallout 76, there were people (myself included) that harkened back to Fallout: New Vegas. The game stands out among the Fallout franchise because it focused on morally gray factions that gave the player the choice to not only create alliances but to concretely establish their character's philosophy. It helped to personify the roles players wanted in a world that left room for a wide range of playstyles.

I recently had the chance to play a couple hours of Outer Worlds as an event in Los Angeles and while it seems cheap to compare it to New Vegas, the similarities are apparent and welcome (it doesn't help that Leonard Boyarsky and Tim Cain, who were on the original Fallout team, are co-directors on Outer Worlds). It's not a copy though: Outer Worlds is set to be its own thing, with more room to play around with your character's personality and to take on the quests set before you. In the limited time I got to play the game, there were multiple areas to uncover and explore, people to speak to, objectives, and fights. There was so much to do I worry my notes won't fully capture the big picture.

However, some things are clear. The companions, NPCs, and dialog options are varied. Your journey is loose, the loot is plentiful, and the narrative details, which tell of a world as gray as the one in New Vegas, are peppered throughout. If this playthrough taught me anything, it's that getting your hopes up for another Fallout: New Vegas, or just a distinct RPG with a unique backstory and artstyle, might be the right way to go.

The playthrough starts you off on the planet Monarch in front of a giant, lit-up sign with four settlement names on it. You could go in any direction and hit something different, but one of your companions, Nyoka, has a job for you. In the companion quest Star-Crossed Troopers, you're tasked with going to different burial sites to collect medallions, which you have to bring to specific location to bury. The only problem is that the encampment where she wants to go is being guarded by a mantiqueen, one of the planet's larger creatures. You also need to track down two of her comrades who can figure out how to lure the mantiqueen out, but who have also been missing in action for a while.

There's clearly a lot to do even in the downtime between the main story.

Like in companion missions from other games, you can choose to take it on or not. Developers at the playthrough said that we could take the mission or just mess around on the planet. I personally wanted some structure (and typically take every side quest presented to me) so I agreed to help. As I learned playing Outer Worlds, the dialog options, whether you wanted to take the mission or not, offered a diverse range from sincere and supportive to snarky and disrespectful.

I decided to take on the quest for the sake of the playthrough and started walking towards an objective marker on the UI. Over the relatively short journey my crew ran into multiple fights (more on this later). We found Nyoka's friend's gravesite and collected the medallion, but had to move on to the second part of the quest and track down the missing comrades. Only one person, an antisocial information broker named Hiram Blythe, had the answer so we had to go to the relay station where he was located. However, he wouldn't give up the information until we took out the marauders that were camped outside his office.

This is typical video game quest fare, but how deep this quest got and how many steps there were became detrimental. There was so much to keep track of, so it became a matter of going with the flow and following quest markers. I felt out of the loop, and the journal wasn't as helpful in recapping information as it should've been. This is a relatively small gripe though, and it's something that can be tweaked before release.

Throughout my playtime I traversed Monarch, spending about an hour fighting nasty beasties and marauders, and interacting with other memorable characters. There's clearly a lot to do even in the downtime between the main story. I first ran into a group of marauders fighting, interestingly, a mantiqueen and some lower level mantisaurs. She was tough, but relatively easy and quick to eliminate. This eliminated a lot of the tension involved with Star-Crossed Troopers, but there was a lot more to do. I ran into multiple mantiqueens over my playtime, including a Mega mantiqueen who was way more difficult to fight, but still went down with the help of my companions.

There's just a lot of gameplay

Even outside of the quests themselves there's a lot to do. For example, the varied dialog options were also available in conversations with other NPCs beyond your companions. Talking to the guards at the gates of settlements, for example, can be cordial or vaguely threatening. At one point I had the opportunity to punch a particular quest-giver NPC, who was giving me creepy vibes with his creepy mustache and his creepy drug-mule quest, and I took it. It felt very good. These interactions are meant to eventually affect your faction standings, although I didn't get to experience how that worked in my playthrough.

It's unclear how many hours of gameplay will be available in Outer Worlds but judging on all of this, it's bound to be a lot.

I put a lot of my character points into conversation skills like deception and lying, which gives you more dialog options in certain situations. They're not available at all times, but you can, for example, choose to deceive an NPC and keep loot for yourself, or not divulge who you are. There are plenty of opportunities to be dutiful, rogue-ish, a jerk, and everything in between.

This meant that I had less points in more practical skills, like one-handed weapons and defense, but there are a multitude of weapons to test out. I became a fan of two-handed weapons the mini-gun, which I used to gun down even the toughest enemies, but I also picked up different specialized melee weapons, like a plasma sword, that had different effects on enemies. You also have a unique ability that's similar to V.A.T.S. that allows you to slow down time during combat (this is explained in another part of the game).

As I traversed the landscape and fought bands of marauders and creatures like the mantisaurs and the raptidons, I picked up tons of loot. This world uses bit cartridges, or "bits," as currency and I was able to find a lot of it on bodies and in boxes scattered around. Areas like abandoned safehouses and relay stations offer more loot than what you get on the main path. Computer terminals scattered in these areas offer backstories for unseen characters that flesh out the world.

There's a lockpicking mechanic as well to collect premium loot and luckily it doesn't involve a minigame. You just need the right amount of materials and the correct amount of points in your lockpicking skill to unlock higher-level boxes.

Considering that I experienced all of this in a couple hours is outstanding, but a little intimidating. It's unclear how many hours of gameplay will be available in Outer Worlds but judging on all of this, it's bound to be a lot.

The companions are great if you can get to know them

One of the biggest surprises in my playthrough was the companion relationships and what my brief time represented. Nyoka was my main point of contact here, and there was a lot to learn while interacting with her. It's easy for NPCs to take on the role of quest giver or exposition dump in RPGs, but it's easy to tell that she has a layered life. She lived on Monarch and, as you learn, the corporations pulled out, leaving the world in shambles. She and her friends tried to help out and support the citizens, but the place got overrun with marauders, which is the default human enemy you'll find across the game. She's a fast talker that doesn't take crap from anybody, but she's been hurt. She wants a modicum of structure in her life.

You can utilize their special attacks during a fight, which mostly just look cool but don't make too much of a visible impact.

Later you have a discussion with her about whether it was better or worse for the planet that the corporations left. I disagreed with Nyoka when she said, "Progress requires structure. Nobody's gonna build a sewer pipe or a road if they don't got a boss telling them to. The bureaucracy's necessary." I responded, "People were perfectly comfortable shitting in holes before we had sewers."

It's unfortunate that your experiences with Nyoka are so varied when there's actually another companion, Pavarti. You don't get to learn much about her except that she has a giant lightning hammer. I assume in the full game you'll get more experiences with her, but the playthrough didn't offer any.

The companions are super helpful in fights. I didn't check to see if they were on an auto mode, but in each encounter, Nyoka and Pavarti ran in, guns blazing, and took out the bulk of the enemies. You can utilize their special attacks during a fight, which mostly just look cool but don't make too much of a visible impact. Sometimes, however, they ruined an assault by running ahead of me when I wanted to do more sneaking.

We may earn a commission for purchases using our links. Learn more.

There are no comments for this post "The Outer Worlds preview — The Fallout: New Vegas successor you've been waiting for, Windows Central". Be the first to comment...