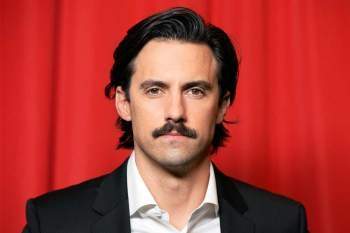 Every week, IndieWire asks a select handful of TV critics two questions and publishes the results on Tuesday. (The answer to the second, “What is the best show currently on TV?” can be found at the end of this post.) 80s mustache styles.

This week’s question: What’s the best modern show set in the ’80s? (To qualify, the show must have aired sometime 2000-present.)

Recency bias would suggest “Halt and Catch Fire,” even though its strongest season, this last one, took place in the 1990s, or “ Stranger Things,” which is an extremely fun show but not an all-timer. That leaves two clear-cut favorites: “ Freaks and Geeks,” Paul Feig and Judd Apatow’s ode to high school outcasts; and FX’s Cold War spy thriller “ The Americans.” The former is one of the great one-season wonders, one of the best shows ever made about teenagers, and — between Feig, Apatow, James Franco, Jason Segel, and Seth Rogen — an incubator for much of what’s happened in comedy over the last 20 years. The latter has been, prior to this slightly underwhelming penultimate season, annually one of the very best shows in all of Peak TV.

I prefer “Freaks and Geeks” overall, but I’ll go with the spirit rather than the letter of this particular question and pick “The Americans.” “Freaks and Geeks” is larded with period-specific detail, like a Halloween episode where Mrs. Weir is dismayed to find out the neighborhood kids are throwing out her homemade treats because of the razor blade panic of the time, or Nick trying to turn the death of his idol John Bonham into an excuse to hit on Lindsay, but it really could be set in any era. The initial stories were based on Feig’s late ’70s adolescence, and other plots were inspired by the lives of younger writers. The universality of being a nerd or a burnout transcends the show’s specific references to why Sam can’t date a girl who doesn’t like “The Jerk.” Whereas “The Americans” could not take place at any time but in the ’80s, as the Soviet empire was crumbling and President Reagan’s “Evil Empire” rhetoric was heating up. The fashions, songs, and other period touches on both are perfect, but “The Americans” is the only one that needs to be an ’80s show, so it wins.

“The Goldbergs.” Not because they get the era down so perfectly in production design or costuming (although Beverly’s sweaters belong in the Smithsonian after the show wraps). No, I pick this one because it so clearly LOVES the ‘80s and what that era meant to not just creator Adam Goldberg but also to an entire generation that lived through Reagan, Swatches, “The Karate Kid” and Sam Goody sales. And as Philadelphia native (go Iggles, I guess?), I also appreciate the show’s nostalgic take on the City of Brotherly Love at that time, with its barely navigable Veterans Stadium, our hosting of Live Aid and all of the snow days off from school you could ask for. I would actually venture to say that this isn’t just the best modern show set in the ’80s. It is also one of the best, sweetest comedies on TV right now.

“Stranger Things” is the Yahtzee answer of that question. The series is a beautiful send-up of all things that decade. Not only is it set in the ‘80s, but it transports those of us around then to that Reagan era where shoulder pads, huge earrings, and New Wave ruled the day. The nascent feeling America was faltering despite Reagan’s “shining city on the hill” reference. Showrunners Matt and Ross Duffer’s nostalgic tip of the hat to all things culturally relevant to the decade gets the little details just right. Mom jeans, ‘80s movies visual references and cues, music, hairstyles. political rhetoric, and the relevant games and arcade life bring me right back in a snap. No other 1980s-based or -set series has done that for me.

“The Goldbergs,” “Stranger Things,” “The Americans,” “Wet Hot American Summer,” and “Freaks and Geeks” are all great and well represented in this roundup, so for the sake of variety, I’ll go off the menu just a tad and say “Garth Marenghi’s Darkplace,” a wacky cult Britcom that everyone should watch, preferably on peyote or some other mind-altering substance. The series is set up as a lost horror-medical drama from the ’80s and parodies the genres and the TV business as a whole, affectionately embracing the most “cutting-edge” special effects from the era while also being entirely bizarre for any decade. It has an extra angle in that it’s supplemented by documentary footage with the “actors” talking about the series in present day, and also people explode. Like I said, it’s weird. And it has Matt Berry. I will watch anything with Matt Berry.

The answer is not “Stranger Things,” though “Stranger Things” is a really good show that does a splendid job of capturing and evoking the ’80s as I experienced it as a child. The answer also is not Netflix’s “GLOW,” Amazon’s “Red Oaks,” or the eternally underrated “Everybody Hates Chris,” though those shows all deserve at least mention. I’m also going to say close-but-no-cigar to “Halt and Catch Fire,” if only because the miraculous emotional wellspring that was the show’s fourth season was set in the ’90s and that throws my math off. For purposes of an easy joke I want to at least mention “John Adams,” set at least partially in the 1780s, and “Little House on the Prairie,” say at least partially in the 1880s, but I’m not going to give either as a serious answer (which I would have done had “Deadwood” been set in the 1880s).

No, there are two correct answers and the choice comes down to whether you value a short run of excellence or a longer run of near-excellence. The lone season of “Freaks and Geeks” is better than any of the five seasons for “The Americans.” It’s better than most single seasons of anything, a perfectly cast blending of real, unguarded emotions and painfully recognizable humor. It’s not the fault of “Freaks and Geeks” that it only lasted one season (half of which aired in 1999, which was outside of the parameters listed in our original question) and “The Americans” heads into its sixth and final season next year still at or near the top of its game. “The Americans” is a taut and thrilling spy series, an emotionally wrenching family drama and it nails the feeling of a historical moment in which nuclear war was only a blunder away. Smart with every musical choice or pop culture reference, “The Americans” is a period show that has become bristlingly contemporary with Russian interference splashed across our current front pages and it’s able to carry the weight of then and now.

The only answer, obviously, is “That ’80s Show,” which really socked it to those ridiculous nineteen hundred and eighties!

Nah, I’m going to say “The Americans,” because of course I am, because the show captures something that isn’t always obvious about a decade that has been boiled down, too often, to its ephemera: living through the ’80s (especially the early ’80s) was a grim, grey-stroked time, when it seemed like the world might blow up at any moment. I was barely cognizant of the fact that there was a world, and I was worried about it blowing to smithereens. FX’s drama remembers the most important rule of any period piece with teeth: when you’re living through a timeframe, you’re never thinking about how you are. Yeah, it’s fun to watch, say, “The Goldbergs” mash up a bunch of ’80s signifiers, but there’s something perfectly wrought about “The Americans’” tiny acts of verisimilitude.

For my parents, and for my own youth, I’ll shout out to “Halt and Catch Fire,” because it wasn’t just about the vintage fashion and big hair. Instead, the show captured the rise of a movement, one that we now know to be world-changing. So many shows set in the 1980s seem to do so because they’re nostalgic for an era that pre-dates technology, an escape from those modern ills. “Halt and Catch Fire” is more interested in what led to their existence, and the beauty of the inspiration that created them. May the future treat you well, Joe, Cameron, and Donna.

I am an ’80s baby, so I don’t really have a ton of recollection of the decade. Everything I know about the ’80s I learned from pop culture. I am tempted to pick “The Americans,” which is the best well-made show, but I enjoy “The Goldbergs” the most, not because it necessarily represents the ’80s the best — although the references and homages are great — but because it reminds me so much of my own (’90s) childhood, a far simpler time period I couldn’t wait to leave while I was in it but now wistfully wish I could go back to. So I never want to leave 1980-something.

So torn am I, between my beloved comedy and drama picks — “Red Oaks” and “The Americans,” respectively — that I’m going to throw in a yet unmentioned limited series instead: “Show Me a Hero,” David Simon’s 2015 HBO entry about the construction of public housing in a white, middle-class, New York neighborhood, has stuck with me longer than I expected; from Oscar Isaac’s conflicted, ambitious, in-over-his-head small town mayor to Latanya Richardson Jackson’s home health aid who’s slowly going blind, these characters are as richly human as any and serve to depict an intolerance that still exists today.

Part of what makes the ’80s a decade worth revisiting time and time again is seeing how decisions made then still affect us today, as well as how much and little we’ve grown as a people in the past three decades. “Show Me a Hero” is distinctly of its era — just like at Isaac’s mustache — and yet it still feels like it’s ripped from modern headlines.

(Also, it should be mentioned that “Show Me a Hero” makes the best use of Bruce Springsteen’s music of any television show, ever — a doubly remarkable feat given how often the Boss is added to a soundtrack, and that the New Jersey artist’s most significant creative periods were in the ’70s and early aughts.)

JavaScript is required to load the comments.

There are no comments for this post "Best 80s TV Shows From Modern Times, IndieWire". Be the first to comment...