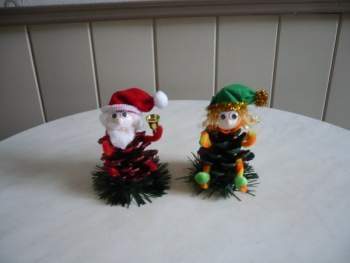 Discover the world of mustache styles to find one that suits you perfectly. With so many different types of mustaches you're sure to find one you like. There's a virtual mustache gallery of photos available on the internet to inspire you. If you're interested in famous mustaches, be sure to check out the memorable Teddy Roosevelt m ustaches style . Walrus mustache. Moustache model.

Every true mustache fan should know about Moustach e Movember. It's an annual event that originated in Australia to raise funds and awareness about mens' health issues. Every November men around the world grow a mustache for 30 days. It's the perfect excuse to try out that 'stache you've always wanted and support a good cause.

Is it mustache or moustache? In American English 'mustache' is the correct spelling whereas in British English 'moustache' prevails. No matter how you spell it, the right mustache can really add flair and distinction to any look. Here are some of the more popular mustache styles. Also check out these tips on trimming and coloring your mustache.

Of all the different types of moustaches this one is most easily recognized. It consists of a covered upper lip that grows long, thin tendrils which sometimes extend beyond the chin. The hair is grown only from the upper lip while the cheeks stay clean shaven. The Fu Manchu was popularized by a famous fictional Chinese character who appeared in several films during the 1920's.

If you're looking for sophisticated and classic mustaches you can't go wrong with this style. When cinematic greats like Errol Flynn, David Niven and Clark Gable wear it, you know you're in good company. This mustache harkens back to bygone days of ballroom dancing and elegant living. It's a thin, narrow, closely clipped moustache that follows the upper lip line and extends to the sides of the mouth. A shaved gap remains between the moustache and nose. Also a thin strip of bare skin should show between the moustache and upper lip. Among moustache styles this one is definitely high maintenance and requires daily trimming to keep it flawless.

To get this mustache style simply let your upper lip hair grow untrimmed for three or more months. When it's thick and bulky with long whiskers that hang over your lips, you've got it. It's been described as a chevron mustache on steroids. It's a return of the moustache style from frontier days that proclaims rugged individualism and masculinity. It looks best on guys who have a good sized growing area between the upper lip and nose, so that more hair can create the big, bushy walrus look. Though it doesn't require meticulous trimming like other styles, do take time to keep it clean.

The Handlebar moustache starts out bushy across the upper lip, tapers out in a graceful upward curve, then ends in pointy waxed tips. It's named Handlebar because someone thought it resembled the upturned bars on a bicycle. Whatever it's called, it's a style with lots of panache and character. It was especially popular in the 19th century and was sported by the likes of Wild West icons Wyatt Earp and Buffalo Bill. If you're looking for a cowboy moustache this is it. This eye-catching style requires daily waxing and shaping, and looks even better with a cowboy hat and horse. Here's a great illustrated article titled ' How to G row a Handlebar Mustache '.

Here are some tips on how to grow a mustache. After deciding which style you want, start with a clean-shaven face. Hair growth rates vary with individual genetics and general health. Each different kind of mustache requires more or less growth time depending on its style. A hefty horseshoe mustache will take more time to grow than a thin pencil style. Plan on at least a month or more for most mustache styles to fully take shape.

To encourage faster hair growth, bolster your body's ability to grow hair. Stay extra healthy during this time by supplementing your diet with the B vitamin complex as well as A, C, and E. Get enough rest and avoid stress which can deplete nutrients.

Gently massage skin in and around new growth daily. This encourages blood flow around follicles which helps stimulate hair growth. To increase effectiveness even more, use the following homemade lotion: mix 50 drops of rosemary essential oil, 1 tablespoon apple cider vinegar, 1 tablespoon olive or similar oil and ½ cup aloe vera gel. Rosemary oil and vinegar are known to help increase blood circulation to hair follicles. The aloe vera and oil will protect and sooth itchy, irritated skin that often accompanies new hair growth. Rub this lotion down into hair roots and let it set for 10 minutes or so before rinsing out.

Start and maintain a regular mustache grooming regimen. Depending on the maintenance required for your mustache style, this may be daily or weekly. Wash, comb, trim and shape with wax if needed. If you have a moustache that is growing in too slowly or with uneven patches, use an eyebrow pencil or other coloring aid to temporarily fill it in.

There are no comments for this post "Mustache Styles, Handlebar Mustache, Walrus Moustache,Zorro Moustache". Be the first to comment...

There are no comments for this post "Best moustache for my face. Mustache Styles, Handlebar Mustache, Walrus Moustache,Zorro Moustache ➢➢➢ Mustache styles". Be the first to comment...