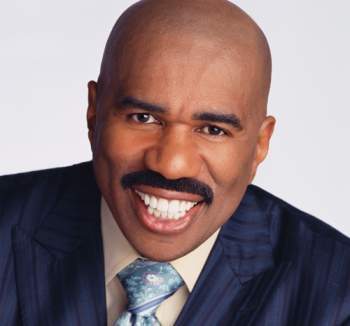 Developed by a team of AMI sociologists, national leaders of Mustached American descent, and reality TV stars with no relevant skills whatsoever, the study seeks further clarity on the acceptance of workplace facial hair and identifies workplace habits and characteristics most associated with people of facial hair.

"We still hear weekly from members of our community that they face discrimination in their work environments," said Dr. Adam Paul Causgrove, AMI president and chairman. "On its face, this is utterly unacceptable, but we must have data to support these concerns and thus we are partnering with Wahl to determine if there is, in fact, a deeper pattern of discrimination to address."

The most recent examination of facial hair in the workplace came in the 1991 study "Effects of Cranial and Facial Hair on Perceptions of Age and Person," published in the Journal of Social Psychology. In it, authors J.A. Reed and E.M. Blunk found managers tended to hire men with facial hair while suggesting mustaches were not favorable to all professions, with clean-shaven men seen as more reliable in roles such as salesmen and professors.

Since that 1991 study, AMI research has shown acceptance of a facial hair-enriched lifestyle rose from 19.6 percent of Americans in 2000 to 48.2 percent in 2010 -- dramatic increase, although workplace perceptions, in particular, were not taken into account. To investigate the issue further, the AMI and Wahl are inviting the public to participate in the Workplace Mustache Study by going to and filling out the survey. The results of the study will be released in mid November.

"The American people understand that living a sexually-dynamic Mustached American lifestyle is not a choice, but a civil liberty," added Dr. Causgrove, as he was removing a pair of white satin tear-away pants. "We will get to the bottom of this and report back to the American people."

To promote the study, four member of the AMI are embarking on an eight-city tour Oct. 23 - 26.through what the Institute refers to as the "Mustache Belt" -- St. Louis, Nashville, Louisville, Indianapolis, Columbus, Cincinnati, Cleveland and Pittsburgh. The Institute will discuss the issue at hand, as well as congratulate "MUSTACHE POSITIVE" employers in these communities, which the AMI has identified based on positive feedback from Mustached Americans.

A quarter-century ago, Wahl recognized the desire for well kept facial hair and created the trimmer category. The Wahl Groomsman was the world's first battery operated facial hair trimmer, and featured the same type of blade quality that defined Wahl clippers. And for the past 25+ years, that innovation has continued, developing trimmers for specific facial hair styles -- beard, goatee and mustache -- and other variations including ear/nose, body grooming and all-in-one. Wahl introduced the first trimmer to harness the next generation of lithium ion power that continues a legacy of superior trimming innovation.

There are no comments for this post "American Mustache Institute, Wahl, Launch Study to Look at State of Facial Hair in U.S. Work Environment - MarketWatch". Be the first to comment...