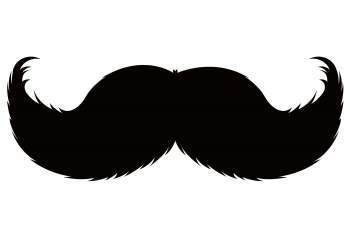 This November I’ll be participating in Movember with my co-workers at Buckeye Interactive. Movember is a 30-day event where men grow mustaches in order to raise awareness of and money for men’s health issues, namely prostate and testicular cancers – you can think of it kind of like a 5k cancer run but on men’s upper-lips. Mustache for.

While this is the tenth year for Movember this is my first time participating in the event. I shaved off my 14-month beard last night to start the month clean, slowly and awkwardly growing a mustache for the next 30 days. I don’t know what kind of mustache I’ll grow but I can almost certainly promise you that it won’t be pretty.

Why don’t I know what kind of mustache I’ll be growing? Funny you should ask…

A couple weeks ago I whipped up a quick Laravel application called “ Mustache Auction.” Until 5pm this Friday, November 8 you can place pledges for Buckeye Interactive team members’ mustache styles. It’s a lot like the old “drop your spare change into one of the buckets and whichever has the most by the end of the week wins” but there are eight buckets per Mo’ Bro (seven mustache styles and the “Mo’ Bro’s Choice”). At the end of the auction the participating Mo’ Bros get a report with a list of pledgers and the amounts pledged to collect donations through their Mo’ Space page. Don’t worry, the Mo’ Bros won’t see which styles you pledged for; that’s between you and the database.

There are no comments for this post "Growing a Mustache for Men s Health, Steve Grunwell". Be the first to comment...