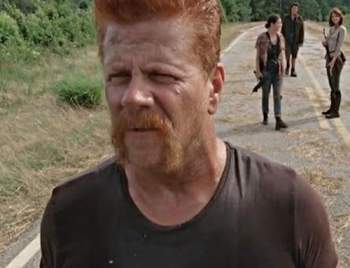 Crumb duster, lip tickler, ‘mo – call it what you will, mustaches are an ever-present sight throughout human history. Since November is also Movember (a movement to promote awareness of Prostate and Testicular cancer), we decided to get in the mustachioed spirit and post an image a day of some of our favorite mustaches (with and without accompanying beards) found in our museum. The mustache, or moustache, has many cultural and societal implications over the course of time. Indians view the ‘stach as a sign of manliness and virility (at least, until recently ), whereas in China it has also been connected with age and wisdom. For many years in Europe, a full face of hair was common place, but a groomed man with only a mustache was a sign of wealth and status (anyone can grow hair, but it takes an elite to have the time for the upkeep). Famous horseshoe mustache.

In America, trends change and interests fluctuate on what seems a generational cycle, so the full-bodied mustache popular in the 70s and 80s seemed to disappear in the 90s and early 2000s, but a stroll through Brooklyn or down South street in Philadelphia will tell you that mustaches of all styles have returned.

Different styles have been popular in distinct regions, or made famous by celebrities. In the early 20th century, the toothbrush mustache was popularized by stars such as the Charlie Chaplin and Oliver Hardy, but a German changed that and the ‘stache hasn’t been able to make a come back. A definitive guide can be found at the American Mustache Institute, but here is a quick primer:

English: A narrow mustache that is then pulled out to the side, usually done with the aid of some sort of gel/wax. G.B. Gordon (shown above) was a stand-up model for this style.

Handlebar: Much like the English, but instead of out to the side, this style is curled upward. Example, Rollie Fingers or Archduke Franz Ferdinand. The Art of Manliness web site even has a primer if you (or someone you know) wants to learn how to grow one.

Horseshoe: It is a horseshoe of hair (with the opening turned down, of course) on your face. Hulk Hogan is the best example of this.

Walrus: Your best example, would be an actual walrus … or the Lorax. For anyone in Philadelphia, this one is a no-brainer.

As times change, so does the cultural perception of the mustache. In the early 1900s, a mustache would suggest the wearer was a dapper man-about-town, but as the century progressed, its took a more sinister turn and was commonly used to portray someone as evil. Even over the last 30 years it has progressed through a variety of social stigmas (from the creepy “man in the van” mustache to the argument that the wearer is socially undesirable ). Modern mustaches tend not to singularly define a person, but instead are just one piece of the visual presentation.

There is no solid documentation on the first appearance of the mustache, but evidence such as tweezers and handheld razors suggests that grooming and hair maintenance was present in the first millennium BC (sorry, but nothing present from cave paintings). As far as we can tell tell from our collection, it seems a few isolated images from around the Nile before the Common Era are the first indications of the solo ‘mo.

It has likely been a question for male humans over the span of time: what should I do with all of this hair on my face? Some cultures, like the Egyptians, Romans, and many societies in Africa and the Americas, are routinely portrayed through history with minimal facial hair, with a handful of exceptions. Any facial hair seen in these communities would typically be either ceremonial (like a false beard ) or symbolic (distinguishing the person represented in the image as distinctly different ). We have many pieces in our collection from these societies depicting clean – faced figures, and very few contradictory pieces (and most exceptions feature beards and mustaches together ).

However, many other cultures around the world have had a robust appreciation for their ‘mos in Europe and the Middle East, it was typically accompanied by a beard (at least when portrayed in art), with each culture having its own style. As far as depiction in art, it is really the Asian countries that highlight the ‘stache in their displays.

The mustache, when displayed on a young and/or healthy man, was a sign of overwhelming manliness and virility … something typically reserved for the star of a Hindu epic or even the Buddha himself. It was a Man-powering ad before advertisements existed: “Nobody can read, but do you see this role model you have heard stories about? He is the manliest of men AND he sports a mustache. You should too.” Even some of the most respected warriors all time (most of whom would probably not have their man-hood questioned) placed whiskers on their masks. Mustaches weren’t reserved for the society’s youth, but when displayed on aged men the mustaches tend to be longer and refer more to wisdom and their longevity than virility.

As facial hair continues to grow, so will mustaches and their popularity will continue to fluctuate. What is popular now will likely be replaced, but whatever takes its place will surely be impressive.

There are no comments for this post "Penn Museum Blog , Consider the Mustache - Penn Museum". Be the first to comment...