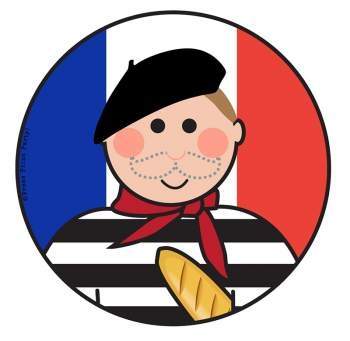 The days are getting shorter, the weather is growing colder and innumerable effigies of poor old Mr Fawkes are being flung atop burning pyres. As fireworks light up the sky and retailers try to convince you that it’s already Christmas, one thing is evident: November is upon us. French guy mustache.

If, however, the premature supermarket festivities and bonfire toffees do not serve as sufficient indicators of the month, just log in to your social media account and you will find it impossible to avoid pictures of men growing moustaches. That’s because for many people November means ‘Movember’ – that special time of year that permits the normally clean-shaven gentleman to sprout hairs beneath his nose and subsequently leave them in place for a span of thirty days. Aiming to raise awareness of men’s health issues, this annual drive witnesses the growth of fundraising facial-hair by millions of participants across the globe. Of course, the fact that growing a moustache constitutes an event for so many people is testament to how few men actually sport facial hair. Consumer surveys suggest that in the UK around 83% of men prefer to opt for a stubble-free appearance. Generally speaking then, we are not a bearded people.

We would not be the first civilisation in history to harbour this preference. Like us, the ancient Romans often favoured a smoother countenance. The popular imagination carries with it a picture in which the civilised Roman, clean-shaven and short-haired, is juxtaposed with a barbarian whose long hair and beard mark him out as an uncultured savage. It is apparently common knowledge that the Romans fastidiously shaved their faces and considered the more hirsute individual to be unrefined and slovenly. However, one of the very first things a student of history comes to grasp is that things are rarely so straightforward and that all sweeping statements are accompanied by myriad exceptions. The Roman state existed, in one form or another, for many centuries. What’s more, the empire grew to be a very big place indeed, incorporating a vast array of peoples with different customs and styles. The classical world, much like our own, witnessed many changes in fashion throughout its long life.

For instance, the Romans of the early republic were said to be bearded folk. For all those men like me, unable to cultivate anything more than an embarrassingly sparse patchwork of hairs, the trend-setting routines of a certain patrician must have felt like a blessing from the gods. According to Pliny the Elder, it was the legendary commander Scipio Africanus, famous vanquisher of Hannibal, who began the custom of shaving daily, which quickly caught on.

Not only did shaving become the normal practice for aristocratic Romans, but it marked an important milestone in a young man’s life. Ancient writers like Juvenal tell us that boys let their first crop of facial hair grow out and then, as a symbol of their manhood, they shaved their faces and placed the hairs into a box that was dedicated to the gods.

Suetonius claims that the Emperor Nero had his first hairs stored in a box that was made from gold, adorned with pearls and dedicated to Jupiter Capitolinus.

The portraiture of the Roman emperors suggests that facial hair was not truly brought back into vogue until the reign of the Emperor Hadrian (AD 117 – 138), to whom Dio Cassius credits the revival. The Historia Augusta claims that the emperor grew his beard to hide blemishes on his face, while his love of Greek culture, in which beards were commonplace, is another possible explanation.

Whatever the reason the results are evident in the source material. Emperors appeared almost consistently with facial hair after Hadrian’s reign. Also at this time it was not unknown for certain men to let their beards grow out in order to mark them as a thinker and philosopher; their unkempt chins signalling that they were much too busy pondering the existential questions to concern themselves with grooming. The flocculent face held sway right up until the fourth century and the reign of the clean-shaven Emperor Constantine (AD 306-337).

Constantine is often forgotten as being the man who cast beards back into the sidelines of fashion, most probably because his being the first Christian emperor somewhat overshadows his legacy of facial hair reform.

The learned adherents of the Christian faith to which Constantine so famously converted, however, seem to have favoured the fuzzy face over a clean shave. Patristic literature is awash with love for the untrimmed chin. The Church Fathers were avid proponents of a woolly countenance, with Augustine declaring that ‘the beard signifies the courageous’, while Lactantius claimed that it contributes to ‘the beauty of manliness and strength.’

Clement of Alexandria went a step further labelling the act of shaving ‘impious’ and arguing that ‘it is not lawful to pluck out the beard,’ which he described as ‘man’s natural and noble ornament.’

Irrespective of religion, growing facial hair was clearly a perfectly acceptable choice for the style-conscious Roman man as fashions fluctuated across the ages.

But what about the moustache? After all, while many Movember participants do grow an accompanying beard, the moustache is the centrepiece of the charitable effort. The question of the moustache in Roman society links nicely to a debate surrounding the Senigallia Medallion, a commemorative triple solidus minted in the early sixth century that provides an unequivocal, and in fact the only undisputed, likeness of Theoderic the Great.

The first Ostrogothic King of Italy (AD 493-526), Theoderic appears on the medallion sporting an arguably non-Roman moustache. The image is unmistakably imperial and overtly Roman, and yet the presence of the whiskers has raised some eyebrows. Some scholars have interpreted Theoderic’s choice of facial hair as a method of public display designed to highlight his Gothic identity.

However there are two key problems with this argument:

Firstly, moustaches were not alien. Romans had no word for ‘moustache’ in Latin and this has been cited as proof that they were unfamiliar.

Clearly, the Romans knew what a moustache looked like. While Latin may have been lacking in this very particular piece of vocabulary, Greek had three separate words for moustache (one of which was mustax, the origin of the word we use today). Furthermore, while moustaches may not have been legion, they do occasionally make an appearance in portraiture. Imperial coinage and statutory occasionally show emperors with moustaches and unconnected sideburns, while some of the coins of the Emperor Marcian depict him with a lone moustache, precisely like Theoderic’s. With this in mind, it seems unlikely that Theoderic’s moustache would have caused much of a commotion.

The second problem with the argument is that while not Roman, moustaches were not necessarily Gothic either. Of the Ostrogothic rulers, only Theoderic and Theodohad definitely appeared bewhiskered. Every other king appears either bearded or clean-shaven, and it should be noted that Theoderic and Theodohad make numerous appearances without the controversial fuzz. Procopius, who was witness to a long and bloody war against the Ostrogoths, actually described the wearing of a moustache as a Persian custom.

The Visigoths were no more moustachioed. Sidionius Apollinaris eulogised king Theoderic II for his daily visits to a barber who repeatedly removes the ‘hairs below his nostrils’ and Visigothic successors never appear in the source material with a lone moustache. In fact, there are more sources depicting Romans with moustaches than there are of Goths.

As such, it seems doubtful that Theoderic’s hairy upper lip would have represented an especially strong statement of ethnic identity in the minds of contemporary Romans.

While a standalone moustache never caught on in Rome, one thing that is clear is that the Romans, like us, had shifting styles and fashions. The images of the clean-shaven Roman and the hairy barbarian are fun caricatures, but that is all they are. At some periods in its history Roman society favoured the shaven face, while at other times it exhibited a predilection for a hairier appearance. As for the so-called Romanised barbarians, they were no less prone to fashion than the Romans themselves. As November is here, now is perhaps the time for modern men to ponder their own current style. Genetics, of which I have not even the faintest understanding, have thankfully relieved me of the burdensome question of whether or not to cultivate a moustache – I have tried and I can’t. As such, I confess that I am grateful to live in a world in which facial hair does not reign supreme, and for that I offer my thanks to the ancient proponents of the practice of shaving.

So, to Scipio Africanus and the Emperor Constantine, I say ‘cheers’.

Clement of Alexandria, The Instructor, III.3.

There are no comments for this post "Ancient Beards and Gothic Moustaches: Facial hair in Rome, MARCUS". Be the first to comment...