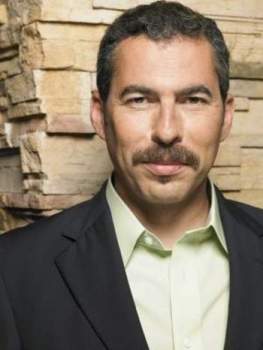 In celebration of everyone’s favorite web-head, July is Spectacular Spider-Month at AiPT! We have a series of amazing articles in store for the month. Movies, television, gaming, and of course comics will all be covered with great responsibility as we honor one of comics’ greatest heroes. How to get a thicker mustache.

Hello and welcome to another edition of our weekly Spectacular Spider-Month series ranking the fashions of the most famous Spider-Men, -Women, and villains! For the final column of the month, Manga Editor Eric Cline, Contributor Nathan Simmons, and Content Manager and Podcast Co-Host David Brooke have joined us to rank the most famous Spider-Man enemies of — the Sinister Six. Are they ready to face off with one of the best costumes in comics or do they all need to take to a tailor before the mean streets of NYC? Find out below!

Forrest: Otto may be Peter’s arch-nemesis (come at me, Goblin fans), but he’s certainly not the best dressed. It’s like he built the tentacles and then was like “oh yeah…clothes I guess”. No effort, no artistry. 2/10

Eric: Meh. It’s just a bodysuit with a boring combo. Obviously the focus is on his tentacles and not his actual costume, but couldn’t the good doctor come up with anything better? 4/10

Nathan: He invent. He attack. But most importantly, he thicker than a sugary snack. I adore classic Otto and how he stands in stark contrast to the wiry Spider-Man. I also love the drab colors of the suit, which is basically just a hazmat suit without the hood. It’s not particularly intimidating, but Otto makes up for his lack of style with a sense of purpose. 9/10

Dave: I never liked this costume hence why I gave fellow AiPT! staff member my Marvel Legends figure. I guess it’s ideal for murdering since it’s so easy to clean? It’s not flattering Otto! 5/10

Forrest: MUCH better. I love the barnacle look of the tentacles, really leaning into the oceanic element of his name a little more. And hey! He actually dressed for work today. 8/10

Eric: This is better. The clothes may still not be anything to write home about, but there’s a bit more a sleek and polished feel to it with the color choices. The billowing of the jacket is a good choice as well, and I dig the tentacles’ design. 7/10

Nathan: Simple, but effective. He looks like he just stepped out of the office to kick some ass. Supervillain casual is a look that we don’t get nearly enough on the comics page. The tentacles are the most inventive thing here, allowing his genius to be the real showstoppers. 8/10

Dave: Props to Otto for making it simple, but the real highlight of this “costume” is the tentacles. The super high-tech looks is dope. Does that not count towards the costume? Well, the look is more gangster style which makes sense given his antics. 7/10

Forrest: I love the ridiculousness of the mask, but I’ve never really understood why he went for the green especially because a yellow-green code is typically reserved for the grounding wire, also too similar to Otto’s first look. 5/10

Eric: As far as ugly ’60s costumes go, this one takes the cake. Why is so much of it green? Five lightning bolts splaying right off his face? An all around ugly design that doesn’t convey any of the excitement or power of lightning, and instead just throws a bunch of zig-zags around? 3/10

Nathan: I mean, yes. It’s terrible. But boy, do I appreciate the decision to not leave any questions as to what his deal is! “What are my powers, you ask? Well, they’re not water-based.” 4/10

Dave: However dumb this mask is it’s still super iconic and unique. It’s a bold look and for a guy who can turn you to ash (if his powers are at that level at the time) I respect that. I also like the color scheme. How often can folks pull off yellow and green?! 7/10

Forrest: I think this one is slightly better than his original look, but only slightly. You’ve never really found your thing, have you Electro? 6/10

Eric: Meh. The answer to making Electro look color isn’t to just make him literal electricity. Not if the look is going to stick so closely to a standard human silhouette, anyway. I could see certain artists taking this look to extremes with chaotic styles and making it more interesting, but as is it’s just a naked blue man. 5/10

Nathan: No need for a costume when you made of pure energy. This is one that looks better in motion than when he’s just chilling in the Triskelion or what have you, but yeah. It’s just kind of fine. 5/10

Dave: Okay, is this Dr. Manhattan with sparklies now? It’s such a basic look there isn’t much to it. Also, is electricity blue? 4/10

Forrest: Absolutely ridiculous but also tell me you have any doubt in your mind what this guy’s THING is with a straight face. You don’t? That’s what I thought. Kraven knows what he’s about and I respect that. 9/10

Eric: I dig it. Very over-the-top. The lion’s mane and eyes? Nice. All the fangs around his neck? Nice. The ridiculous tights he usually has with this look and their big cat prints? Nice. 7/10

Nathan: This is my guy , right here. Big ol’ vest made from a lion’s face and a dadgum loin cloth that he wears over cargo shorts ? He’s too rad. 10/10

Dave: If you’ve ever been in a bar and someone walks in with a jacket that screams, “Omg LOOK AT ME” you know what it’s like to look at Kraven. The dude is basically bragging with that vest and the fur (hair?!) coming out of the neck frames his head well. He wants you to look at his big bushy mustache, his rock hard abs, and at the same time it’s all very functional. He needs to move quickly in this thing while he hunts after all. 10/10

Nathan: “Remember how the villains of Kraven’s Last Hunt were Kraven and Vermin? Well, what if they were the same character?” Pass. The best bits here are cribbed from 616 Kraven. 2/10

Forrest: This is it. Again with the weird green and yellow, but because of Quentin’s whole Hollywood monster movie schtick, it works very well. Fish bowl for life! 10/10

Nathan: Somehow, I thought this costume was so lame when I was a kid. Now, I go absolutely gaga over it. I think I mainly love how Ditko swung for the fences with this design. As a Hollywood guy, Quentin Beck went for a very B-movie aesthetic, complete with a wacky spaceman helmet. The fact that this design recently made it to the big screen with with very few changes is a testament to how wonderfully bonkers it is. 10/10

Dave: My girlfriend calls this guy bubble-head, but somehow he pulls this off. I love the pattern of the tights and the wrist gauntlets are so cool. There’s a mystical element to the character even though we know it’s all false. Yet it works. 9/10

Forrest: Mysterio is the best dressed over all, because this rules too. Sleek and stylish all black with a little magical detail to still lean into his over-the-top predilections? Put this guy in a Doctor Strange movie, I’m gaga for it. 10/10

Eric: My instant reaction was that boy did the Ultimate line like to take the fun out of things. But when I step back and analyze the look on its own merits, it’s actually quite nice. The nice streamlined black of the clothing is a solid base for all the more fantastical details to pop off of. I like the incorporation of the eye motif into his jewelry, and who doesn’t like a blue flaming head? 8/10

Nathan: I agree with Eric. This is a really cool design that feels a little lacking, at first. I like how spooky, yet practical, this design looks. He’s like an edgy Vegas magician gone bad. The biggest drawback for me is the lack of fishbowl. 7/10

Dave: Ghost Rider, is that you? All jokes aside this has a magical feel that suits this version of the character. 7/10

Forrest: Man, I never realized how many of these guys go hard for green before this. I like the down-to-earth style but it needs to be accentuated with some other details to really get things popping. 4/10

Nathan: I respect any supervillain who looks like he just got done punching it out with Popeye, but that doesn’t make it a great fashion choice. 4/10

Dave: So classic that it reminds you of the villains in silent pictures. Problem is it’s basically a shirt. That said, the stripes do give off a “bad guy in prison clothes” look which I respect. 5/10

Forrest: The pitch must’ve been “Okay, he’s all sand…except for his hair” I don’t get it, and it doesn’t seem like it’s following any consistent design principles for me to get anyways. 2/10

Dave: What is it with the Ultimate universe costumes all being so basic? 1/10

Eric: I actually like ’60s Vulture more than modern attempts to make him look more quote respectable unquote. With that said, either way, there’s nothing of interest besides the wings. 5/10

Nathan: I’ve always dug the talons and the almost turtleneck-looking thing around Adrian’s neck. Otherwise, I’ve never been too wild about his costume. It’s always looked like some form of pajamas (except for ’90s Vulture, who looked like he was rejected as a member of Magneto’s Acolytes). 5/10

Dave: The classic look has always been too simple for me, but Vulture’s costume in the 90s made a lot more sense. Hence the dome to shield him as he flies and the more technological elements to the suit. That said, he’s barely functional on the ground due to the wings not retracting. 5/10

Nathan: As much as I’m not blown away by classic vulture, exchanging the feathery look to the wings for more of a glider design sucks all the whimsy out of the character. Sick gauntlets, though. 3/10

Maybe Mysterio’s greatest trick, with probably the most complex and convoluted of all the Sinister Six stories (seriously, look it up, he was a demon at one point!) of all was getting us to love him as both of his looks place in the top three. Nobody can deny a good gauntlet look it seems, and Quentin has those in spades. We salute you, master of illusions. We also demand that you’re the only non-Green Goblin villain that gets to use green anymore.

There are no comments for this post "Spectacular Spider-Month Tailor Tuesday: Sinister Six, AIPT". Be the first to comment...