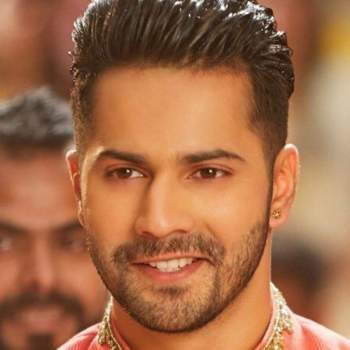 Going by the changing trends it’s clearly visible that the days of the clean shaved look are gone and more and more men love to sport a beard. But just keeping a beard isn’t enough you need to know, which one suits you. The beard style that suits a face depends mainly on the shape of the face and also on the facial hair growth. People may think that keeping a beard is just plainly being lazy but to sport one properly it takes much more time and precision to maintain that it takes to shave it off. Indian beard styles.

There are a lot of different beard styles you can choose from. However, you have to understand that there are also a lot of factors that are needed to be considered in order for you to find the right one that will match your features. Here is a list of 20 beard styles that have been in the trend for quite a while and is never out of fashion.

This beard style has been named after the man who popularized it, Eric Bandholz, the founder of Beardbrand. The Bandholz is more of a philosophy and requires a lot of patience to grow one. The first few weeks are extremely crucial when the beard looks patchy and unkempt and you may want to trim or shape it. You need to give away with your scissors and razors for months. When the beard stops growing further after a period of six to seven months you can shape or trim it according to your preference or keep it as it is. The bandholz is suitable for triangle, inverted triangle, oblong, oval or diamond shaped faces.

The faded beard has got its name from the sideburns that fade smoothly into the beard. The beard should be grown to about 3 inches from the chin and trimmed to perfection in a square shape with a flat bottom line. This beard is ideal when paired with a handlebar mustache. The faded beard goes well with a square or an oval shaped face.

General Guiseppe Garibaldi is considered as one of Italy’s “fathers of the fatherland” and many imitate his beard style. Garibaldi is a member of the full beard family. It has a slight unkempt look with a length of 5-6 inches and a more rounded base. The moustache is ideally trimmed. Garibaldi is a naturally looking beard style that suits a oval or rectangular face.

This beard style is very unconventional wherein you grow your beard as long as you can along with your sideburns. Once fully grown you can divide and separate it into two prominent braids. A full grown moustache accompanies this beard and suits a square or an oval face.

A style suited for a round or a square face, this full grown beard is trimmed to keep it neat and uniform. The unkempt edges are done away with.

This is not a part of the full grown beards and is about 2 inches in length and is uniform throughout. The moustache and the beard are trimmed to maintain the same length and so that the beard has a nice rounded look and the moustache blends smoothly with it. This style goes well with a square, oval or round shaped face.

One of the most popular among the full grown beard styles, the side burns fade in to a full grown beard. The beard narrows down to a point at the base which is cut off and a neat look is maintained overall. This is accompanied with an out grown moustache which twists upwards slightly towards the edge.

The Dutch were not allowed to grow a moustache, so they used to grow their beards from the sideburns which flared outwards at the base. This rather old school beard style suits an oval or diamond shaped face.

For this style you need to have a short hairdo with prominent sidelines. The sideburns should be barely visible and slowly fade into a fuller beard halfway through the cheeks. The beard length should be just below the chin and should have a trimmed rounded look. The moustache should be of appropriate length so that it blends in to the beard. This style is suited to round or oval shaped faces.

The sideburns thin down to a well trimmed beard which is a little sharp round the edges accompanied with a thin moustache and is basically stubble that meets the beard at the lower lip. This suits a person with an oval or a square face.

Popularized by Robert Dawney Jr. in the recent past, this style suits people with a narrow chin. The beard is trimmed near the chin and a clean shave is maintained from below the sideburns to the lower lips. The thin moustache that accompanies this beard does not fade in to the beard and has a distinct gap in between them.

A chin strap is a thin line of beard which does not exist beyond the jaw-line. The moustache is either just stubble or clean shaved. It looks like an extension of the sideburn that flows along the jaw-line and back. This is perfect for a square face and looks good only with a short hairdo.

This beard is also known as the “standard beard”. It is a rounded goatee which is accompanied by a moustache to give you a circular look. This is best for oval or round shaped faces.

A full grown beard that is trimmed to the jaw-line to keep the look neat along with a moustache that is in the shape of an inverted “u” and moves upwards towards the edges. It suits a square or an oval shaped face.

A style that goes well with almost all shaped faces, you need to grow this beard from the sideburns that curves diagonally at the cheeks and curves upwards at the lower lips to form a soul patch. The beard grows up to an inch below the chin and is of uniform length throughout. The moustache is just a thin line that meets the beard at the corners of the mouth.

An extended goatee is a goatee with a moustache. This medium length beard is cut off from the sideburns and kept according to individual preferences keeping the moustache intact. The extended goatee also known as the tailback or Hollywoodian suits a square or an oval face.

You need to grow a full grown beard that meets the moustache for this. The sideburns with the moustache are overgrown and kept intact while the facial hair at the chin and lower lip is shaved off. The friendly mutton chops suits a circular or a square shaped face.

A style that derived its name from the 17

century Flemish painter Anthony Van Dyke, has been popularized in recent times by the Hollywood actor Johnny Depp. The beard is shaved off at the cheeks and neck. The moustache is detached from the beard and the beard which now exists only at the chin is trimmed in the shape of an inverted “T” and narrows down at the centre to about 2 inches to give a V shaped look. This beard is ideal for people with a narrow chin.

Once you have grown a full beard trim it uniformly along the cheeks keeping the length longer under the chin. The moustache is also overgrown but not like a handlebar. It blends into the beard. The beard at the chin is then colored differently or if you have grey beard then the black ones are removed carefully leaving only the white ones at the chin area. This beard suits an oval or a round face.

There are no comments for this post "Indian Beard Styles: Best Facial Hairstyles For Indian Men 2019, Fashion Guruji". Be the first to comment...