Is mustache attractive. To Beard or Not to Beard, The New Yorker 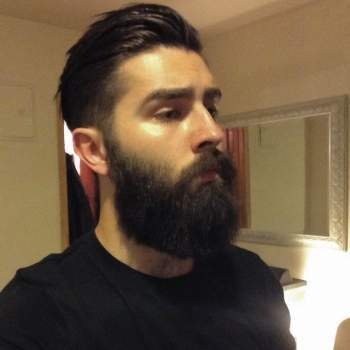 A little while ago, a pressing debate took place at a rather atypical location: Bergdorf Goodman’s Men’s Store, on Fifth Avenue. In a small atrium on the ground floor, amidst folded dress shirts, a group convened to ponder an age-old question: Whiskers or a clean shave? Moderated by the art critic and proud beard-wearer David Coggins, the “Whisker Wars” panel included the actress and EGOT winner Whoopi Goldberg, the jewelry designer Philip Crangi, the investment banker Euan Rellie, the playwright and critic Cintra Wilson, and the writer Sloane Crosley. The audience consisted primarily of attractive, nattily-dressed, and facially hirsute young men. Thick mustache and beard.

Coggins began the discussion by asking Goldberg which type of face she favored. “Well, it depends” she said. “Certain faces—and certain cheek structures—should not have beards. Or mustaches. They cannot pull it off.” Wilson said that she was in favor of the Nietzsche mustache. “God may be dead,” she told the crowd, “but the mustache is eternal.” Someone mentioned the Borat. “That’s more of a handlebar,” Wilson replied. “It can be good as a directional tool.” Crangi, who sports a short blond beard with a matching mustache, said that he came from a long line of beard-wearers. He implored younger beard aficionados to avoid the use of clippers, in favor of the “English method.”

Amidst this whisker-friendly group, Rellie stood out with a decidedly anti-beard stance. “The only time I grew a beard,” he said, “was when I was on a three-day bender and was unable to shave or get out of bed.” He’d made a list of very unappealing people who carry facial hair: “Osama bin Laden; many other jihadis; Kenny Loggins; those annoying indie bands; half of the cast of ‘The Office’; German hardcore-pornographic actors from the nineteen-seventies; Jesus Christ; my old biology teacher; and the weird guy from ‘The Hangover.’”

The conversation turned to the panelists’ choices for their favorite historical beards. Crangi chose Czar Nicholas II’s thick mustache. Sloane Crosley named the sc- fi novelist Samuel Delaney’s imperial. Many on the panel and in the audience appeared not to be terribly familiar with Delaney, who sports what one might refer to as the quintessential Santa Claus beard—full, lush, and silvery.

After the discussion ended, a three-piece band played bebop in the back of the store and a young child in a blue jacket and white skirt twirled in front of the musicians, splaying her legs to the rhythm of the music. Guests sipped Macallan ten-year-old single-malt scotch. A young man sporting a mid-length auburn beard which fastidiously matched his russet straw fedora and red pants was asked what he thought of the mustache watercolors which Bergdorf’s had placed for the occasion. “Well, I ought to like them,” he replied, “I painted them.” He was the artist and painter John Gordon Gauld, and he told me that he’d been about to shave off his six-month-old beard when he was approached over a year ago by Bergdorf’s window director and asked if he’d like to participate in the project. When it was pointed out how expertly the color of his beard matched the color of his hat, he offered a mild protest: “Oh, it’s really not deliberate…this is simply the hat I usually wear.”

Another attendee, Ariel Krupnik, displayed a trimmed mustache featuring a slight lift on the ends. The rest of his ensemble included a small pale straw hat with a black dotted veil covering his face and a cropped navy-and-olive wool jacket that wouldn’t have seemed out of place in a high-school revival of “The Sound of Music.” He’d been experimenting with mustache styles, he told me, since puberty. “There’s the classic mustache, the bowlstache, the cat whiskers, the blockade, and the dragonstache, among others. You have to find which one is yours after a while.” The musicians kept playing in the background, the jazz beats drifting out onto the street as the revelries continued into the night.

There are no comments for this post "To Beard or Not to Beard, The New Yorker". Be the first to comment...