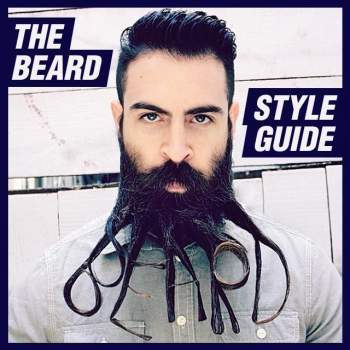 I’m looking forward to the new season of Stranger Things for all the wrong reasons. See, I’ve watched each trailer numerous times and I can’t remember any plot points. I can only focus on a very specific “stranger thing.” I’d argue it’s the most intriguing, mysterious, and compelling part of an intriguing, mysterious, and compelling show. Mustache trend.

Can there really be a “wrong reason” to obsess over a piece of pop culture? That’s what I ask myself every time I freeze frame on Billy’s face and gaze at his sexy stache. Am I dishonoring the carefully crafted story? Because as far as I can tell, his mustache isn’t a plot point. Or…is it?

The truth is, if you asked me what the new season’s about, I’d have to say: “It’s about this sexy young lifeguard who walks around the public pool showing off his mustache.”

Am I being a bad fan because I’m not spending more time debating if Billy’s this season’s big bad or what role Eleven might play in the Mind Flayer’s return? Probably. Or, alternate theory: maybe I’m thebest fan because I know what I like, and what I like is Billy’s mustache.

As far as staches go, Billy’s is actually pretty subtle. Neatly trimmed, perfectly symmetrical, a Strawberry Shortcake red. It’s the facial equivalent of a flirtatious “how you doin’?” It sits on his upper lip light as a feather. It’s so delicate, in fact, one might wonder, if I gently blow on it, will it flutter away? It’s not too long, it’s not too short, it’s just right. The Goldilocks of lip hair.

It takes confidence to pull off a mustache like that. Sexy confidence. Confidence that men don’t have anymore. Which is why I wish men’s faces would flashback to the 80’s.

Sure, on the whole, the 80’s was a decade marked by mediocre, shitty fads. Remember crimping? That was the Carl’s Jr. Crinkle-Cut Fries of hairstyles. Or what about MC Hammer Pants? We shouldn’t have touched those. And who can forget shoulder pads? Whoever convinced us our shoulders should appear abnormally big should be shot into space. But despite all these fashion no-no’s, we were swimming in sexy staches.

The second best mustache of the 80’s is a tie between Queen frontman Freddie Mercury and The Village People’s leather man Glenn Hughes. Both men were icons who brought radical queer realness to the world of facial hair. Thick and girthy, their staches had BDE before BDE was a thing. They didn’t wear their mustaches, their mustaches wore them. Their mustaches had the confidence to look you in the eyes and say “I’m about to give you the ride of your life, so buckle up.”

Honestly, the worst that that ever happened to mustaches was the idea of Movember. Don’t get me wrong, I’m all for raising money to battle prostate cancer. But Movember teaches men mustaches are only meant to be worn one month of the year. And that’s a real damn shame.

So take a cue from Billy, Tom, Freddie, Glenn, and John. Wear your mustache big and bushy, or wear it light and feathery. But wear it proud. Mustaches make the world a sexier place. And we all need to do our part.

There are no comments for this post "Trend Alert: Billy On Stranger Things Is Bringing The 80’s Mustache Back - Gleek". Be the first to comment...