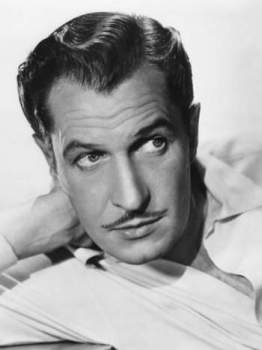 “Is it real? I’ve heard that a million times if I’ve heard it once,” Johnson says. Famous pencil mustache.

It is. And it’s spectacular.

The Minneapolis man is the proud grower of the facial hair adorning Remington beard trimmer boxes and has earned 21,000 followers on Instagram. This month his signature upturned fur won Johnson his third consecutive National Beard & Mustache Championships award. The champ has traveled everywhere from Arkansas to Austria competing against well-groomed werewolves.

Though Johnson’s beard is now the envy of many men (more importantly his wife digs it, too), his prodigious powers weren’t always perceived as a gift. As a preteen, Johnson’s upper lip hair wasn’t exactly a hit with his peers.

“I hated it, actually. I would get made fun of at school,” he recalls. “I went to try to get a razor blade at the store, but they said I was too young. They wouldn’t sell it to me.”

Despite early inklings to shave, by high school Johnson was rocking a full beard. He never let it become overgrown until he saw photos of the 2009 world beard championships. Johnson loved the eccentric styles and started growing a wicked ‘stache. Emboldened by winning a few mustache competitions, he sprouted sideburns and a partial beard.

Johnson, who works at a co-op and as a beer and wine consultant for a liquor store, was enamored with the “imperial partial beard” — his hallmark look, though it took some time to figure out how the hell to style it.

“My first few were a train wreck. It was awful,” he admits. "I couldn’t figure it out. One side was flat as a pancake. The other side, it looked like a troll at the end of the pencil.”

The solution? Tons of hairspray and Mohawk product. Yet unlike lesser beardos, Johnson shapes his curves without foreign objects — no cans or curlers to sculpt those arcs. His beard, which can pull down to his bellybutton, is 100 percent handcrafted.

While Johnson’s mighty follicles have earned him a few endorsement deals, most of the contests he’s won don’t offer cash prizes. The 40-year-old would love to one day make his beard his moneymaker.

“If I could I would,” he says. “That’s a lot of training. I do beard and mustache push-ups and pull-ups every day to stay in shape.”

There are no comments for this post "MJ Johnson has the Twin Cities’ most famous beard, City Pages". Be the first to comment...