How to shape up your mustache. Beard Growth Part Two: Now That You re a Beard Monster 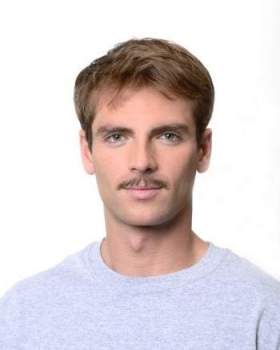 You've started your dark, twisted journey into beardhood. The hair has grown, you're past that awkward phase, and you're ready to get serious about this thing growing out of your face. Awesome. Let's get you ready to go. How to thin a moustache.

First, let's get something out of the way. You might think that taking care of your beard is somehow not masculine. There are actually guys out there who feel it's somehow girly to do thing like moisturize, trim, or even clean your beard. But does it make you less of a man to wash your hair? To take a shower? When your skin is so dry it's cracked and flaking, are you less of a man if you use lotion to fix it? Of course not. So don't let anyone tell you that conditioning or styling your beard is somehow wrong.

With that out of the way, let's talk about style.

The first thing you need to do is decide what kind of beard you want. Rules at work or demands from your lady might put some restrictions on length, but most styles can work long or short.

Klingon: A short beard shaved over the lip.

Ducktail: A full beard trimmed into a sharp point.

Chin Strap: Beard only, no mustache. Short and thin.

Amish: Also known as Irish, Donegal, Lincoln, and a bunch of other stuff. It's a thick, full beard, medium to long in length, with no mustache.

Basic Goatee: A modest tuft of hair on the chin.

Anthrax: Like the basic goatee, but grown to full beard length. Similar to the Egyptian pharaoh look.

Mutton Chops: Long, thick sideburns grown down to the chin, but with the area around the mouth completely shaved.

Lemmy: Also known as a chopstache. Mutton chops with a mustache, but the chin is shaved.

Corporate Beard: Full beard and mustache, trimmed to a workplace-friendly short length (no more than 1.5").

French Fork: Similar to a ducktail, but parted in the center to form two points.

Full Beard: Full beard and mustache, grown out to at least 2 inches.

Monster: Full beard and mustache, grown without serious trimming for a year or more. A big, long beard.

This is by no means a complete list of all styles, and doesn't even venture into mustache styles. But these are the most common beard styles worn by guys these days.

Whatever style you choose, you'll need to think about what sorts of tools and products you'll need to create and maintain it. Want to go for a stubble beard? You won't need much apart from a bit of beard oil. Going for a full beard? You'll need everything from oil to scissors for that. You should also make plans for the growth itself. If you want a ducktail, for example, you'll need to trim it into that shape as it grows, but not for the first few months. Here's a rundown of the basic tools you'll need:

Beard Oil(For all beards): This is the most basic beard product, and one that you'll find useful for any style from a stubble beard to a three year monster mane. It moisturizes the hair of the beard and the skin it grows out of, both of which have a tendency to get very dry. Unlike something like a lotion, a good beard oil penetrates both skin and hair deeply (where a lotion is great for skin, but has only superficial benefits for hair - thus leaving it greasy, and thus why we don't use lotion in our hair). This helps to reduce the itch associated with beards. It is especially helpful for new hair growth, as the piercing of hair through the folicle is the main source of iritation when hair is growing. This benefit applies to established beards as well; remember that hair is constantly falling out and growing again, so there's always new growth.

Beard Balm(Most useful for medium to long beards): Beard balm is more useful for longer beards than shorter ones. It both conditions and aids in styling. Some people prefer it to beard oil as a conditioner, so if you've got a tight chinstrap or even a stubble beard, you might like it. Longer beards will get more use out of it, as it contains beeswax, giving it some hold for styling. Any beard beyond 2-3" should use balm if for nothing else than to calm down those whispy flyaways along the edges of the beard.

Beard Wash(For all beards): Beard wash if useful for any beard longer than a stubble beard (in which case you should more or less wash your face as normal). Beard wash uses gentle cleansing agents to strip a minimal amount of natural oil away from the beard so that it doesn't dry out too badly (especially when followed with beard conditioner). Cleaning is a commonly neglected aspect of beard maintenance. A lot of guys just use regular hair shampoo, or even bar soap, to clean their beards. Many more don't bother cleaning it at all, assuming a water rinse in the shower should be enough. But cleaning the beard is about more than getting the taco crumbs out of it. The main problem area is the skin the hair grows out of. When the follicles get dirty, bacteria like to move in and start feasting on dead skin cells. The result is dandruff, but a good beard wash will keep this from happening, and thus prevent this form of dandruff.

Mustache Wax(For styles with medium to long mustaches): Some styles will shave the mustache, and some guys just like to keep it trimmed above the lip. If you want more length than that, you'll want to have a mustache wax to at least keep it out of your mouth. The shaggy wulrus-stache might look kinda cool sometimes, but it's a nightmare to eat with it, and you'll never be kissed again, unless you apply a little wax to keep it in line. This is especially necessary if you want to curl your stache into a handlebar mustache, or any of the more ornate twirls that are possible with a good, long stache.

Boar Bristle Brush:(For most beards): Boar bristle brushes have been used for a long time because they are great at distributing the hair's natural oil. They're just as good for distributing beard oil. They are not necessary for the application of beard oil in general, but man do they help. If you try it both ways, you'll notice a big difference with the brush.

Beard Comb(For longer beards): Once the beard passes a couple of inches, you'll start to notice that tangles happen the same as they do in regular head hair. A good beard comb will help sort that out. Combs are good for the health of the beard hair as well as for the appearance, as tangled hair leads to a matted look. Combing it out will add volume. It also helps carry away dead hairs that have fallen out and are tangled up with the live ones.

Trimming Scissors(For medium or long beards): All beards need trimming. Even if you intend to grow your beard out for miles, you will need to trim it once in a while. No matter how hard you try to prevent them, split ends will happen. One hair will grow faster than the ones around it and lead to an uneven look. The mustache is especially annoying when it comes to uneven growth. Trimming scissors will sheer your hair at a neater angle than electric trimmers, so it is highly recommended that you use them. For all-around trims it will take more time and be more meticulous, but it's worth it for the difference you'll see and feel.

Once you've had your beard style for a while, and have gotten used to using the tools that style requires, you will start to fall into a routine. Every bearded man has his own routine, and they are generally personal, and invented by a combination of trial-and-error, convenience, and necessity. As a sample, here is my routine:

Morning shower; beard wash every other day, conditioner every day. Beard oil directly after the shower every day, followed by a boar bristle brush. Combing most days, unless it's just looking fantastic after the brush, in which case I leave it alone. If I'm going somewhere, I'll usually wait until my beard is dry and then apply some beard balm and style my beard how I want (sometimes just minor smoothing of the edges, sometimes rounding into a big Ottoman style beard). Once every couple of weeks I will trim my mustache and the edges of the beard with my scissors, always cutting just enough to snip off any split ends and keep everything even. My beard is about 12 inches long, and I prefer that length, so I never trim more than a quarter inch.

The beard maintenance routine is highly personalized, and once you'll have to work out on your own. There are some general rules - don't trim too often, don't wash every day, use beard oil after your shower when your skin is more accepting of moisture - but you'll come to your routine, for the most part, on your own.

Not every guy wears a beard. The statistics are all over the map (largely varying based on age group, and what pollsters consider a "beard"), but something like 15-20% of men wear beards. That's a lot, but far from the majority. Therefore, you're going to run into some social bumps. A lot of companies still won't let employees wear beards. Some women don't like them (funny enough, they tend to hate them while dating, but love them once married). Your mom is probably going to tell you that you look like a homeless person, regardless of how well maintained your beard is. So just like any group, it helps to have a social support network.

One of the best ways to find social support is through social media. Reddit has a thriving community of beardsmen called Bearddit where guys discuss beard maintenance and support each other by sharing pictures, asking for feedback, etc. There is also a monthly beard contest with several categories to enter, complete with prizes. We sponsor the contest, along with a number of other beard companies, so we highly recommend giving it a shot once you're happy with your style!

You can also find communities on Instagram (such as the Bearded Villains who are spread out across the globe). We humbly offer up our own Facebook page as well; a great community of over 100,000 bearded guys and the ladies that love them.

We hope these tips will help your journey into beardhood be as awesome as possible. It may seem like a lot, but don't sweat! Bearding may be a lifestyle for some, but it doesn't have to be. It can just be a personal style choice. It just requires a little more work than, say, buying a new shirt. Follow the tips, find your own styles and methods, and do what works best for you. That's the best way to get the most out of your beard!

There are no comments for this post "Beard Growth Part Two: Now That You re a Beard Monster". Be the first to comment...