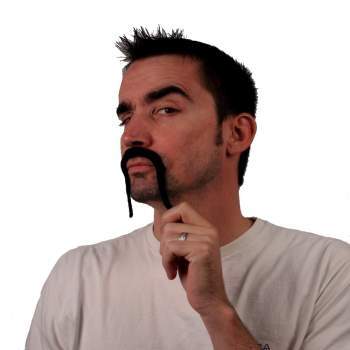 Competitive bearding has been and international endeavor since at least 1990. The World Beard and Mustache Championships have been held every two years since the early 2000’s and has been hosted all over Europe as well as in the United States. Fu mustache.

The sport of bearding and, I suppose, mustaching, is at it’s essence presenting the most magnificent example of facial hair as it fits in one of 17 or so categories. The exact number of categories depends on the host, but the traditional categories include such styles as: natural mustache, Dali Mustache, Hungarian Mustache, The Whaler, Goatee Natural, Musketeer, Fu Manchu, Imperial, Garibaldi, Verdi and the ever popular, Full Beard Freestyle. This is just a sample.

We talked to Ronnie Vermeulen, the President of the Snorrenclub Antwerpen (The Mustache Club of Antwerp), who is hosting the World Beard and Mustache Championships being held in Antwerp in May 2019. He gave us some history of the event and describes some of the amazing facial masterpieces from years past.

From Ronnie we hop over to the States to meet the current World Beard and Moustache Champion, MJ Johnson. He explains how he went from being a kid with a crustache to having one of the most spectacular and memorable portraits of hair that you have ever seen.

After MJ we’ll introduce you to Taylor Wheldon, VP and Communications of Austin Facial Hair Club. He gives us a look behind the curtain to get a feel for joining, entering and winning competitions.

Taylor introduces us to a legentd: Brian Nelson, President of Austin Facial Hair Club and President of North American Competitive Beard and Moustache Association. He’s got a magnificent beard and tons of time competitive bearding. And, he explains how women are joining in on the fun!

We finish up with a little chat with Scott Sykora, The Beardcaster. Scott runs a podcast dedicated to all the beard-o’s out there. He’s got some great things to say about the community - which you know we love!

Three ways to get involved with RoShamBo!

Tell a friend or two! Spread the love!

Are you subscribed? Good. If not, subscribe from your favorite podcast provider (may we suggest CastBox?) so you'll always be up to date. This seriously helps us!

Love us? Hate us? Think we're just okay? Great! Leave us a review at your favorite podcast provider. It really makes a difference. Do it often!

There are no comments for this post "World Beard and Moustache Championships RoShamBo Podcast". Be the first to comment...