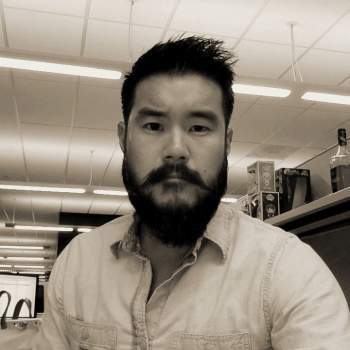 Almost every morning, Ding Fulong takes out his set of tools and carefully brushes and trims his facial hair - a goatee and a straight mustache. It usually takes him 20 to 30 minutes, but he says it is worth the time. Asian moustache style.

The 30-year-old lawyer who lives in Beijing began to wear facial hair because he felt his face was too round, and facial hair would open up his face and make it seem longer. More importantly, he sees it as a way to express himself.

"There has been a rise in the newly rich in China who have money and lots of leisure time. Many of them have started to pay more attention to themselves and their image. Also, under the influence of popular culture such as celebrities, more and more Chinese young people like me have joined in the wave of wearing some style of facial hair," said Ding.

Ding is not the only one to have noticed the trend. Barbers and pogonology experts, those who study facial hair, have also noticed that more young Chinese men are becoming lovers of facial hair. Still, for some, even more challenging than finding their personal facial hair style is finding acceptance from their peers and colleagues.

Michael Donato, an American who lives in Beijing, likes to wear a full beard with a handlebar mustache. Photo: Li Hao/GT

Seated in an old-fashioned chair in a barber shop, Ding looks very relaxed as a straight razor glides across his skin.

Every one or two months, he goes to the barbershop to groom his hair and discuss new trends and ideas of how to style his hair and facial hair with his barber. He also meets up with other facial hair lovers there.

Ding had first toyed with the notion of facial hair at university. At that time, he liked to wear a goatee because he felt it looked romantic and unrestricted. But when he graduated and started to work, Ding shaved it off. He wanted to blend in and look the same as other lawyers - clean shaven and wearing dark suits and ties. It was not until six years ago when he got a job as a legal advisor at a big firm, where he was supposed to look older, that he reconsidered. But even then it was not without its challenges.

While his friends and family thought he looked very good by showing personality, many of Ding's colleagues were not pleased, especially the older lawyers who occasionally consult with his firm. They said a lawyer should give clients a neat and professional image with a clean-shaven face.

"I do not think that wearing facial hair means you are unkempt or unprofessional," said Ding.

"They tried to imply that as a newbie, I was quite special, different from anyone else. But I do not think I am quite different, I just did not want to conform to some of the outdated traditions," he continued.

"[The] young are beginning to return to their individuality by showing their personality and more concern for image rather than conforming to popular style and fashion. Facial hair has become an outward expression of self for us."

Like Ding, Yang Zhazha, a 34-year-old Beijing-based photographer, began to wear facial hair several years ago. He wears a straight, thin mustache with a small goatee and believes that having a good facial hair style can make one look better.

Yang said that China has a long tradition of facial hair, and men often grow facial hair to look more mature and stand out. Usually, he searches fashion magazines for popular style trends or gets a reference from Chinese actors with a similar face shape to him.

"Though media features a lot of clean-shaven, boyish-looking men with smooth faces, the 'stylish uncle' with facial hair such as Wu Xiubo (a Chinese actor) also brings another wave of wearing facial hair," said Yang. "I think the boyish look is morbid. More mature-looking facial hair is the right way."

Finding the style that says 'me'

Allan Peterkin, a pogonology expert and author of several books on facial hair including One Thousand Beards-A Cultural History of Facial Hair, also noticed that young Chinese men are increasingly taking grooming and style cues from Western media. He attributes the increase in the number of Chinese men wearing mustaches and beards to this phenomenon.

According to Ding, under the influence of media and popular culture, some Chinese men follow the new styles of European or American celebrities such as David Beckham or Brad Pitt.

However, compared with Westerners who have a lot of different styles such as the handlebar mustache, the soul patch, the Balbo beard, and the chin curtain, Chinese men's styles are fewer and more local, often focusing on one part of the face, such as the chin.

"You will see more people with full beards in the US or Europe than you do in China. I have seen more goatees here," said Jeremiah Jenne, a Beijing-based historian and writer. He said he had been noticing the trend among his [Chinese] friends who have traveled internationally or who aren't interested in conforming to popular style.

A thin, straight mustache and goatee are the most popular among Chinese men, Ding said.

Peterkin thinks that a part of the reason is due to a difference in physiology; some Chinese men are genetically unable to grow full beards.

The barber and founder of the Junzhi Men's Barber Shop in Shunyi district, who prefers to use his alias Dongzi, said more and more Chinese men are interested in creating personalized, fashionable and hygienic facial hair. "Before, many men thought they could groom their facial hair by themselves with a shaver, but now they have the consciousness to go the barber to get it properly groomed."

Jenne agrees. According to him, while Chinese men look pretty good with a mustache they appear to lack grooming know-how.

"The consciousness of those wanting to grow facial hair still needs to be raised," Dongzi said.

One of the biggest misunderstandings, he said, is that many Chinese men blindly follow Western styles and some of the styles such as the full beard with sideburns, like the main character in the movie The Wolverine (2013), are not suitable for Chinese. Very few Chinese men can attempt that look and keep it natural and not unkempt, he said.

"The shape and style of facial hair should be in line with the facial outline and overall style of the individual, which is quite different from Westerners. For example, the facial outline of Chinese men is not very prominent, and a majority of them have a square or round face," Dongzi said. "The straight mustache, thin mustache and the combination of straight mustache and goatee are the styles that best suit us."

Saving for a love of the goatee and the thin mustache, Dongzi said Chinese bearded men tend to be in their mid-20s to mid-30s and work in the IT, art, culture or fashion industries in big cities such as Beijing and Shanghai where having facial hair is more socially accepted.

The facial hair trend is not limited to artsy or creative jobs either, Ding said it has entered more traditional professions, such as teaching and law and this is true for both foreigners and Chinese alike.

Michael Donato, a 29-year-old American, has facial hair and works as a department manager at an education consulting company in Beijing. Every day, he wears suits and clean and presentable facial hair to give presentations or work one-on-one with clients, some of whom are Chinese.

"You take care of it, you make sure that it is clean, and you still can present yourself well in a professional setting," he said.

Ding said it doesn't take a lot of effort to trim and maintain his facial hair. He said finding a style that suits you is more important.

"Wearing facial hair is a representation of your lifestyle and your taste. One should decide whether to wear facial hair and which type according to his face shape, hair style, profession and lifestyle. If he cannot choose a suitable style and take good care of it, it will leave an unkempt and slovenly impression on others," Dongzi said.

There are no comments for this post "Daring to grow facial hair - Global Times". Be the first to comment...