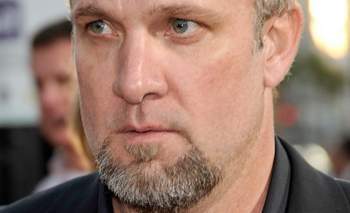 After nearly 60 years, the squeaky-clean Disney look is getting an update. On Monday, Walt Disney Co. had a new message for potential bearded and goateed employees: we accept you. Pictures of goatees without mustache.

Disney employees in both California and Florida can, for the first time ever, toss the shaver in the trash and come to work with a beard or goatee beginning Feb. 3.

Facial hair was prohibited on theme park workers since founder Walt Disney opened Disneyland in California in the mid-1950s to distinguish the park from sleazy carnivals of the time. The rule was slightly amended in 2000 to allow mustaches - provided they were fully grown away from the workplace.

In the recently released memo, Disney noted that as it evolves, the appearance guidelines must be re-evaluated with awareness to industry standards. But, as with mustaches, all facial hair must create an overall neat, polished, and professional look and must be fully grown in, neatly groomed, and well-maintained at no longer than a quarter of an inch in length.

Although the Disney bloggers at Inside the Magic joked that Dopey will no longer be the only one of the seven dwarfs who meets Disney's strict standards for appearance, no employee will actually be sporting a dwarf-length beard.

In addition to the new beard-friendly look, non-costumed staff members will be allowed to partake in casual Fridays.

Dress code changes at Disney occur only after years of consideration including reviews of Fortune 500 companies. Female employees, for instance, weren't allowed to come to work with bare legs and a skirt until just two years ago.

I think that people can have facial hair and still be beautiful, clean cut and wholesome, a Disney employee told local NBC station WESH Orlando.

Yet, not everyone agrees with the newfound facial freedom.

You're having people going 'Yahoo! Cool!' and you're going to have the traditional Disney workers -- who have their own supply of pixie dust -- that doubt Walt would approve, Donna-Lynne Dalton, a Teamsters Local 385 union spokeswoman, told the Associated Press. Local 385 represents costumed workers, laundry workers, and parking attendants.

Disney's new official policy on facial hair is as follows:

For all male Cast Members, a fully grown in, well-maintained mustache, beard, or goatee is permitted, unless otherwise restricted by regulatory codes and standards. Facial hair must be neatly trimmed and may not present an unkempt appearance. Extreme styles are prohibited.

All facial hair (beards, goatees and mustaches) must create an overall neat, polished and professional look.

All facial hair must be fully grown in, neatly groomed and well maintained at no longer than a quarter of an inch in length.

Mustaches may extend below the corners of the mouth to meet with the facial beard. Shaping the mustache or beard to a particular style is not permitted.

Mustaches (without lower facial hair) must not extend onto or over the upper lip and must extend to the corners of the mouth, but not beyond or below the corners.

Cast Members without a mustache, beard, or goatee are expected to be clean-shaven every day.

For clarification on whether a mustache, beard or goatee is acceptable, please consult your area leader or contact the Cast Image and Appearance team.

There are no comments for this post "Disney Facial Hair Policy Changes: Beards and Goatees OK, Part of new ‘Disney Look’". Be the first to comment...