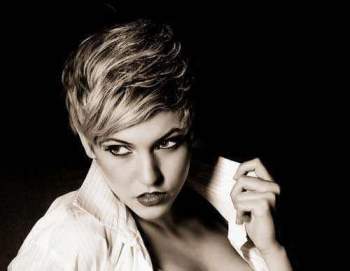 For men, the month of November has become a hall pass to experiment with their grooming patterns. Cancer awareness groups like Movember and No-Shave November even made the endeavour to grow facial hair a selfless one, a genuine excuse to forego the razor and let the inner barbarian—or lazy man—out for a while. Shaving style 2016.

In the past few years, men’s fashion has bounced between sweeping long hair wrapped up into a bun and slick, skin-tight fades, but the constant in most hairdos is that these looks are complimented with facial hair.

Corrin Matthews is a hair stylist at Sports Clips, a salon geared specifically toward men’s haircuts. As she sees most men asking for fades and comb overs—the kind of haircuts you would imagine seeing in the 50s—it is becoming rarer for guys to come in clean-shaven.

“We sell a lot of beard balms and oils,” Matthews said. “Bearded guys care more about what’s going in their beard than in their hair.”

From the Justin Timberlake light shadow to the Dan Bilzerian full-on beard, Matthews says the common thread among good facial hair is tidiness.

“Unruly beards are leaving,” Matthews said. “It’s crazy what just shaping your beard can do for your face. It takes you from someone who isn’t taking care of yourself to a classic-looking guy. It’s like makeup for guys because it contours your face.”

A little over a year ago, a Youtube channel called WatchCut released a video series called “100 years of Beauty.” In these videos, stylists took a model and styled her hair throughout the decades, usually beginning in the 1910s and ending in the 2010s.

In November of 2015, WatchCut released a video on the changes in men’s popular hairstyles during the same time frame. Long and short hairstyles trade places every few years, but the length of facial hair follows its own pattern.

According to the video, full beards were popular in the 70s and 2010s, but for a few decades, namely the 50s and 2000s, being clean-shaven was the way to go. However, for several periods of time, including the first 30 years of the 20th century, mustaches were very popular. These days, however, moustaches are seen as a joke, a parody of men’s grooming that is meant for self-effacing humor.

“I know a lot of girls who can’t stand a mustache,” Matthews said. “It just doesn’t look nice to have your face in it all, especially when it starts curling into the lip like little spider fingers.”

According to Matthews, the reason why it is so hard to pull off a mustache is because the fullness of the hair is vital. It is hard for a man with sparse hair on his lip to not look like Kip Dynamite. Combine this with a man’s first experience with a mustache—the ghost of one that signals another victim of puberty—and to wear a mustache with confidence is a feat in and of itself.

The paradox of a mustache is that the few men who have pulled them off had the style named after them. The style almost defined the man. The Shakespeare, the Tom Selleck, Groucho Marx and the Charlie Chapin all have become iconic mustaches.

There’s an appeal to the style of facial hair, but a complicated code to find it. Facial hair is a fact of life. So much so that major world religions like Christianity and Islam have specific rules on beard care. The World Beard and Mustache Championships—which is a thing by the way—hold an annual competition for some of the world’s most talented facial hair growers and groomers.

The truth of the matter is that men grow facial hair, whether in patches or by the yard and if an opportunity allows us a chance to get hairy, then why not experiment with your face and really see what it can do this November?

There are no comments for this post "The state of men’s style: No-Shave November The Prospector". Be the first to comment...