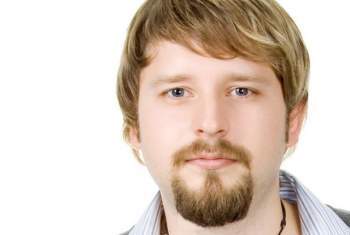 Fhough a majority of modern men like to remain clean shaven still the importance of mustache and beard have not gone from society. It is very often seen that style and fashion conscious men are keeping beard to look attractive in society. A good looking well kept beard not only makes a man attractive but it also adds dimension to his personality. French cut beard is a very classy type of beard that inceases a man’s personality. It gives added shade and gravity. A man can have French cut beard in varying styles. By bringing subtle changes in look you can bring variation or diversity to this known beard style. French cut mustache.

Here Are 5 Different Styles Of French Cut Beard For Men:

If a man wants to have a traditional simple French cut beard then he just can have a slim round mustache below nose which is connected with a slim not much thick slice of beard just below lower lip or chin. A simple French cut looks quite attractive and easy to maintain also.

Instead of a slim trim French cut some prefer thick version of the style. In this version the mustache and and slice of beard under lower lip both are thick and lassume an well arranged bushy look.

Bringing a very subtle variation a stylish man can have a French cut in which there is almost no connection with the beard and the sides of round mustache. This is really a very subtle look that holds attention if you look at the man’s face very minutely.

4. French Cut With No Mustache

Some men who wants to become a bit adventurous in fashion, cut off their mustache and keep the just beard part of French cut beard in their face. Though this looks slightly awkward still fashionable none the less.

5. French Cut With All Around Beard In Face

There are no comments for this post "5 Different Styles Of French Cut Beard For Men,". Be the first to comment...